Riga-Stockholm cruise is suspended until April 2022, but Tallinn-Stockholm departs every other day 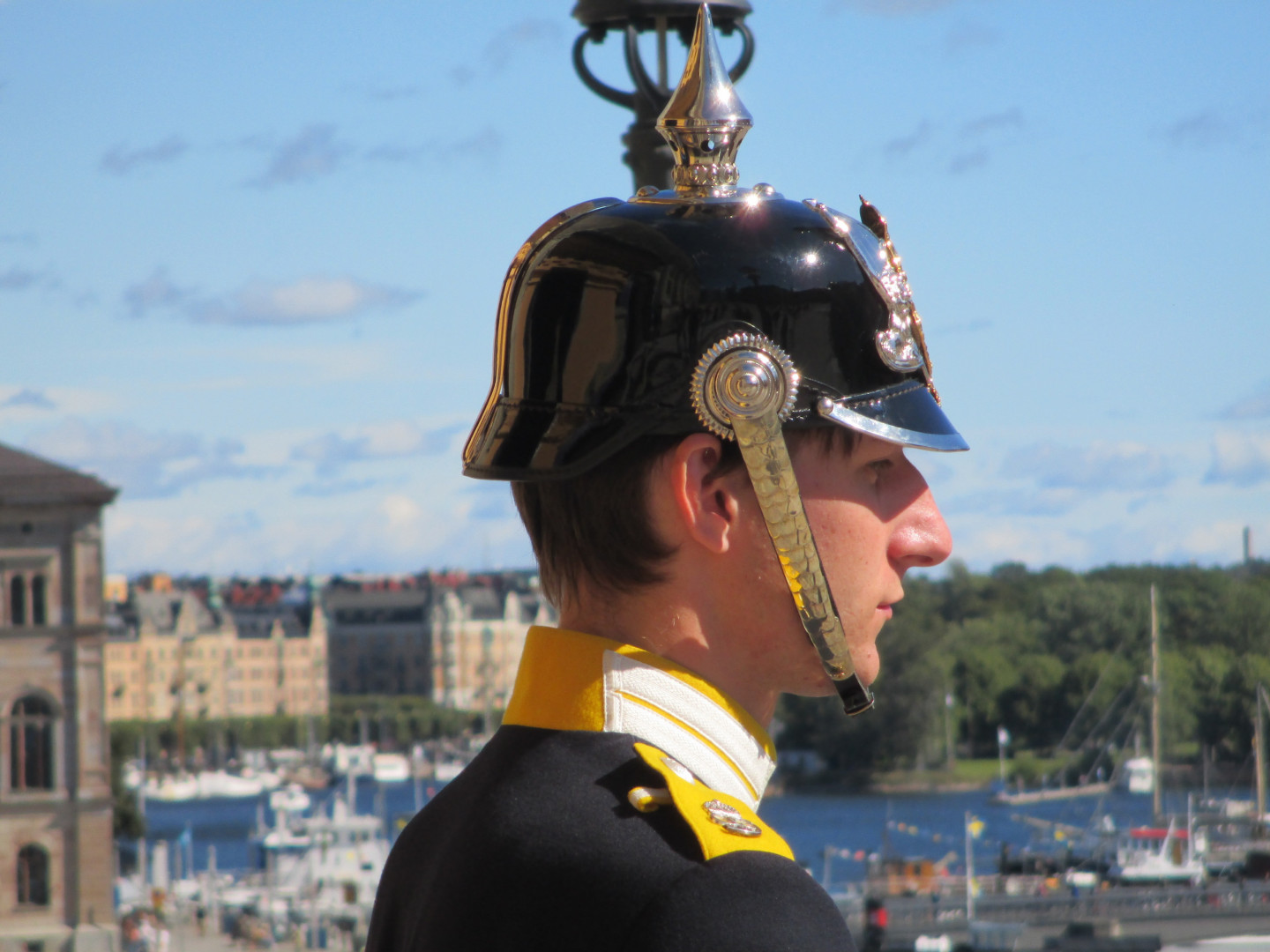 It provided two evenings of entertainment on the ferry and another seven hours for a tour of Stockholm. Unfortunately, with the pandemic, ferry traffic to Stockholm was suspended. According to information on Tallink's website, the nearest possibility when it is planned to resume trips between Riga and Stockholm will be only in April 2022. However, cruises to Stockholm have already been renewed from Tallinn. Every other day it is possible to go on a cruise from Tallinn to Stockholm with the opportunity to spend six to seven hours in the Swedish capital, but, of course, it is also possible to stay longer and return to Tallinn later. Among other things, the Tallinn-Stockholm ferry stops on the Åland Islands both on the way there and back. It can even be used for a day trip to Åland. However, it must be taken into account that the ferry stops in Mariehamn at 5 am on the way to Stockholm and on the way back - at 1 am. However, if one misses Åland’s tourist attractions or excellent fishing spots, a trip from Tallinn is available. 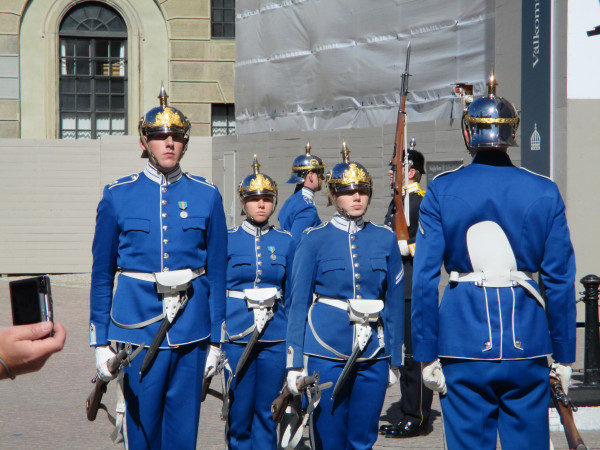 Just like before from Riga, the Tallinn ferry to Stockholm stops at the Värtahamnen terminal, which has access to the metro line. Gärdet Metro Station is around a 5-7 minute walk from the terminal. Gärdet Station is three metro stops away from Stockholm city center (T-Centralen) and four stops away from the Old Town (Gamla stan). If you have purchased Stockholm public transport tickets on the ferry, then it is possible to be in the center of Stockholm already 20-25 minutes after leaving the terminal without using a taxi and without unnecessary expenses. The way back is the same.

In addition, the subway is guaranteed not to get in any traffic jams. On one cruise to Stockholm, I almost missed the ferry back to Riga because the taxi got into a huge traffic jam. The Stockholm public transport ticket is valid for 75 minutes from the moment of activation in any mode of transport. The trip is free for children under 12 and there are big discounts for teens. Of course, if the destination is the Vasa Museum (Vasamuseet) or other museums on the island of Djurgården (Open Air Museum (Skansen), ABBA the Museum, Nordic Museum (Nordiska museet), Viking Museum, etc.), then it is better to take a taxi or bus 76. You can also walk, but that will take at least 45 minutes. 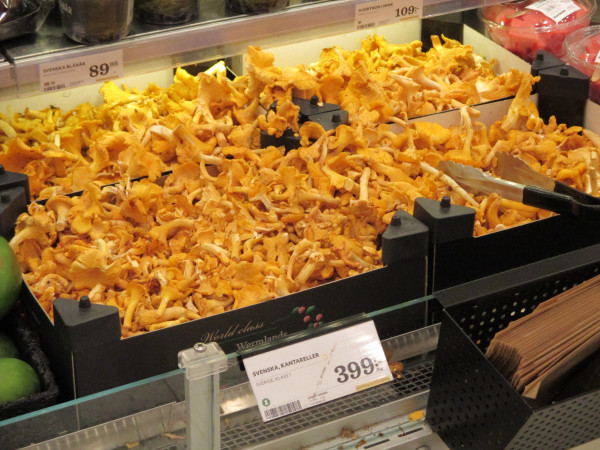 In the supermarket, Swedish chanterelles are about 40 euros per kilogram. Maybe it's time to start exporting our chanterelles to Sweden? / Juris Paiders

Traveling to Sweden without Swedish krona 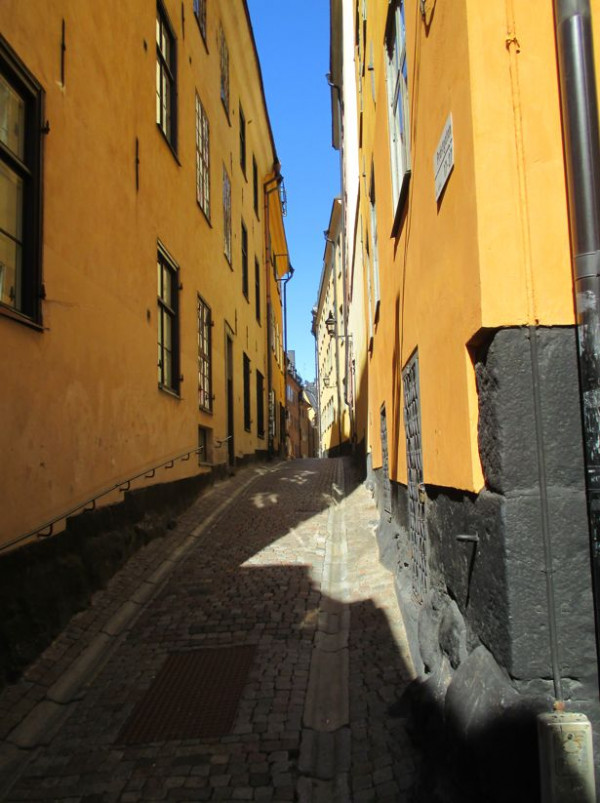 One of the first surprises on the Tallinn-Stockholm ferry was that there was no possibility to exchange euros for Swedish krona on the ferry. All payments on board are in euros and there is no currency exchange. In the past, krona coins were necessary for toilet visits. But now, at least in Stockholm, it is possible to do without Swedish krona coins or banknotes completely. They are not necessary. In seven hours in Stockholm, I was able to make all my payments with a bank card, including paying for the toilet. The toilets that I saw have terminals with contactless payment options. All you have to do is beep the card and for one or 1.2 euros you can get a ticket with a QR code, which must be scanned to open the toilet door. Just take into account that if your bank card does not have a contactless payment option enabled, it will not be possible to get to the toilet quickly. So I had no need for krona. Here and there in the center I saw currency exchange points, but the margin (the difference between buying and selling currencies) when exchanging euros for krona was so disadvantageous that it was better to pay everywhere with a bank card.

One euro (on August 26) was 10.2 Swedish krona, so the prices can be easily converted in your head. Just divide all prices in Swedish krona by ten (or just move the comma one digit to the left) and you will get the price in euros.

I will not comment on what is worth seeing in Stockholm. Museums can be found one after another. History, army and other museums are free. In private museums, the entrance fee is usually 12-15 euros per adult. Everyone can choose their own way to spend their free time and the amount of money they are willing to spend.

Epidemiological restrictions are minimal, and I have already commented on them. My favorite places are the souvenir shops on the Stora Nygatan street in Stockholm's Old Town and the pedestrian street Drottninggatan in the city center. In addition, when planning how to get from the Old Town to the city center, I try to do it in such a way that I can walk by the Swedish Royal Palace (Kungliga slottet) at the turn of the hour when the guard changes. 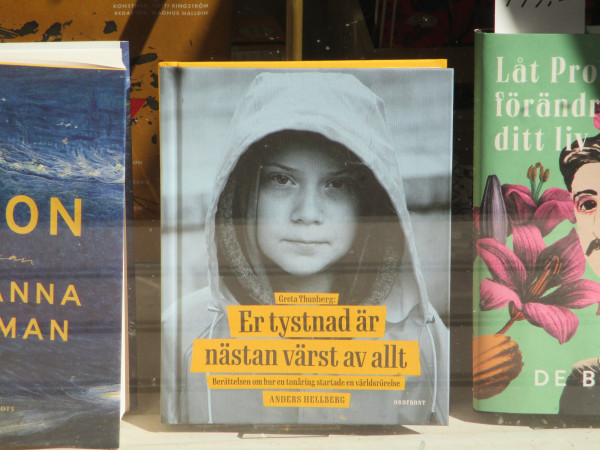 Greta Thunberg has not disappeared anywhere. Her book is in a bookstore next to a bunch of discounted books. / Juris Paiders