Pensioners in Latvia receive only half of their pre-retirement earnings

Latvians receive only half of their pre-retirement earnings when they retire, according to the Organization for Economic Co-operation and Development (OECD).
06.09.2021. Inga Paparde 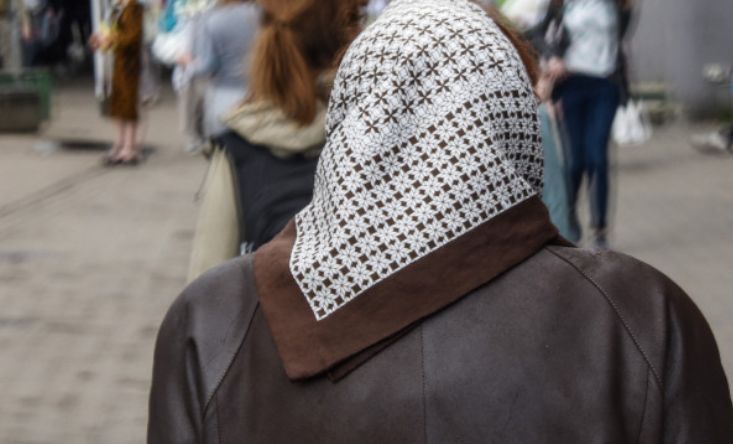 However, on average, this figure is not much higher in Europe either. In Europe, the pension replacement rate averages 59 percent, which means that a pensioner after retiring receives just over half of their previous monthly earnings.

Future does not look bright

The ratio between the earnings and the average pension in Latvia currently reaches 54.3 percent. Although this indicator is slightly lower than the European average (59 percent), it is the best among the Baltic States - in Estonia this ratio is 53.1, but in Lithuania only 31 percent, according to the OECD study. Commenting on the results of the study, Anželika Dobrovoļska, Head of Pension Products at Luminor Bank, points out that the ratio between the average pension and pre-retirement earnings, also known as the pension replacement rate, helps to assess the effectiveness of the country's pension system.

"This difference shows the extent to which a pension can replace salary. For example, if a person earned 1000 euros per month before taxes before retirement, then at the average pension amount of 54.3 percent of earnings in Latvia, a person will receive an old-age pension of 543 euros upon retirement,” explains A. Dobrovoļska.

The expert points out that although this indicator is close to the OECD average, it is still a significant drop in income, and predictions for the future are not encouraging. According to the Bank of Latvia's forecast, given the current demographic situation, the pension replacement rate will continue to decrease and will not exceed 40 percent in the future. One thing is how the solidarity pension system (pensions accrued at the first pension pillar and the state policy in this regard) will react to this situation and these forecasts, another thing is a person's voluntary savings for their old age. "We are urging people to think about their future and create additional savings for old age," says A. Dobrovoļska.

Pensions in the Baltic States are similar

All three Baltic States have similar three-pillar pension systems, and the retirement age is similar, from 63 to 65, which is gradually increased as life expectancy increases. Despite these similarities, there are differences that also affect the living standards of pensioners. In Latvia, according to OECD data, the pension replacement rate is 54.3 percent, in Lithuania it is only 30.1 percent, but in Estonia - 53.1 percent.

Does India really have a better pension system?

OPINION. The relationship between the average pension amount and the pre-retirement earnings, also called the pension replacement rate, helps to assess the effectiveness of the country's pension system, says Anželika Dobrovoļska, Head of Pension Products at Luminor. / No personiskā arhīva

Anželika Dobrovoļska says that in comparison with other 49 countries considered in the OECD statistics, Latvia's indicators are approximately in the middle, but slightly closer to the lower end. However, the expert urges not to automatically start comparing them, especially with countries that show high average pension replacement rate. "For example, in India and Turkey, the ratio is almost 95 percent, which means that the amount of old-age pension in these countries is practically equal to pre-retirement earning, while their pension systems have significant shortcomings. Turkey's social protection system is characterized by a large and steadily growing deficit, while in India only a small part of the population receives an old-age pension at all,” Dobrovoļska comments on the data. "These are just two examples of why we cannot draw conclusions that the pension system in these countries is better than in Latvia. In order to properly assess the situation in Latvia, it should be compared with countries that have also introduced a multi-pillar pension accumulation system.”

You will have to spend many years in retirement

Financial institutions emphasize the advantages of three-pillar pension schemes, as in addition to the first and second pension pillars, employees have the opportunity to build up voluntary savings. Despite some skepticism about pension savings (for example, whether they will really give people the support they expect in old age; whether savings will not dwindle due to inflation and so on), the banking sector emphasizes that you can't rely on the first two pension pillars alone. "With the current Latvian pension system, the best way to take care of your well-being in old age is to create savings in the third pension pillar, which are voluntary contributions, allocating as much money as you can afford at a particular stage of life," says A. Dobrovoļska. The idea that a large part of the population does not reach retirement age at all is also deceptive. Data from the Central Statistical Bureau show that currently in Latvia men who have reached retirement age live on average 14 more years, but women - almost 19 years, and life expectancy at retirement continues to increase. This means that even if the retirement age is increased in the future, you will still have to spend many years in retirement.