Last week, the 17th European Rogaining Championships took place in Otepää, Estonia, where Latvia was very widely represented. The World Championships have not been held for two years now, as the 2020 World Championships were hosted by the US Orienteering Federation, but foreign travel to the United States is still limited. Consequently, world-class competitions have not taken place during Covid.
11.09.2021. JPJuris Paiders 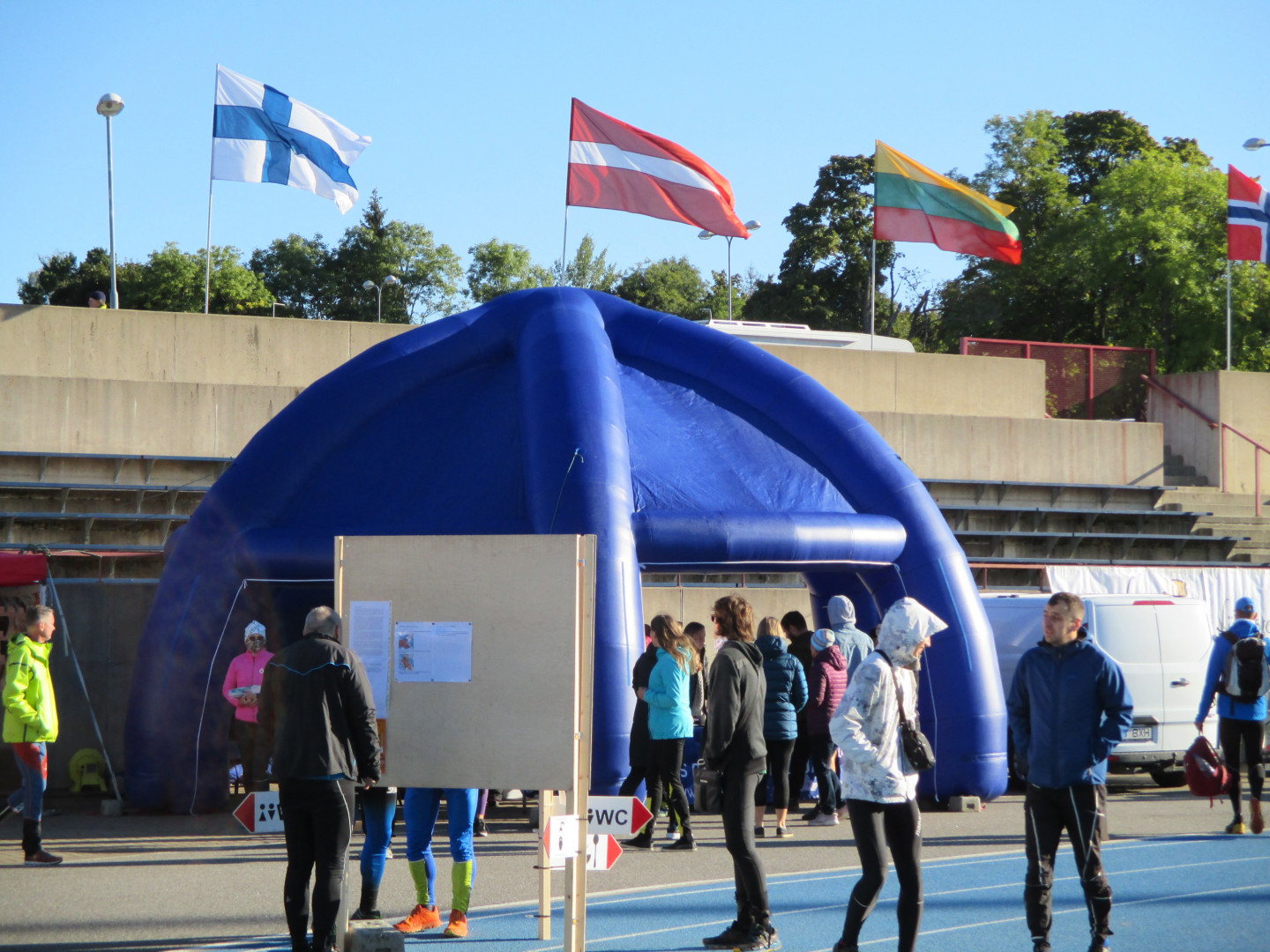 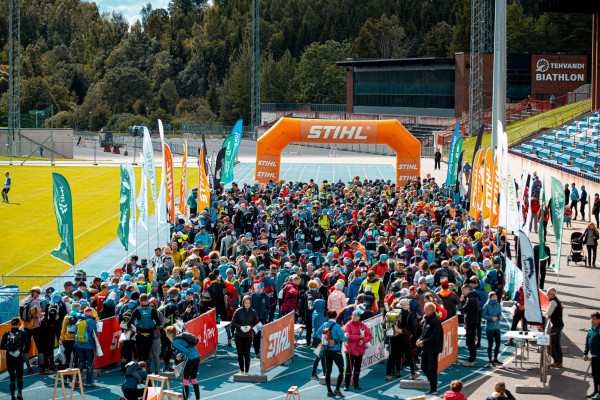 The start signal sounds. More than 500 participants from 15 countries took part in the competition. Half of all participants were from Estonia, a third from Latvia. Ukraine was also represented in very large numbers. / European Rogaining Championships 2021, Aldis Toome

Let me remind you that rogaining is a team orienteering sport in a very large territory. In an area of ​​about one hundred square kilometers (swamps, mountain slopes, forest stands, etc.), checkpoints with different values ​​are located. When visiting a checkpoint, each team member must check-in. The team must have at least two but not more than three members. The team that visits the most valuable checkpoints and collects the most points in 24 hours wins. Only a map and compass may be used in the distance. Since at the beginning of September the dark part of the day in Estonia lasts already about 10 hours, in order to get good results, it was necessary to be able to navigate the area just as well at night and move as fast as during the day.

When interviewing foreign ambassadors, sometimes weather and hobbies are discussed before or after the interview. Quite often, when I say that my hobby is rogaining and explain the rules, such a hobby is perceived with some suspicion, saying that this sport is more suitable for special forces soldiers. 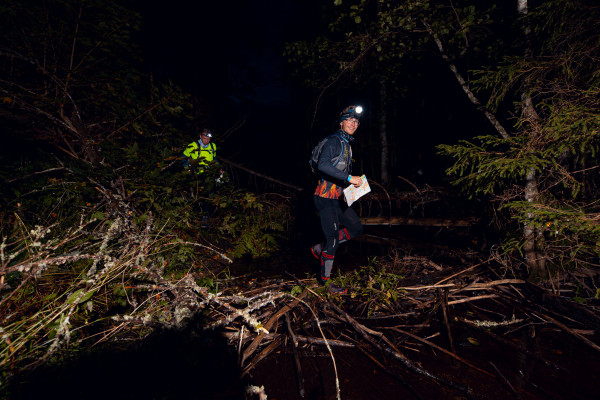 Orienteering at night. To get good results, you need to be able to navigate the area just as well at night and move as fast as during the day. / European Rogaining Championships 2021, Aldis Toome

Although it is strictly stated in the international rogaining regulations that it is an amateur sport and is not related to the military, the ability to move accurately and quickly at night without any electronic (GPS, etc.) aids (becoming "invisible" to the opponent) in an obstructed area - swamps, forest thickets, crossing water bodies, etc. - there is a great deal of similarity with the tasks of the special units. Therefore, regardless of the wording of the rules, this is a sport in which both current and former military personnel participate. In addition, rogaining skills can be extremely useful to the Baltic defense forces in the event of a threat to our security - during a hybrid war. If we compare Estonia and Latvia, then it seems that the security dimension of rogaining in Estonia is understood and appreciated. Rogaining has excellent state support in Estonia. The best rogainers in Estonia are men between the ages of 20 and 40. In Latvia, on the other hand, there is practically no state support. Therefore, in international competitions during the last three years, Latvia has had no one to face against the best Estonian men's teams. In Latvia, there are women's, men's and mixed teams at the European and world level, but… only over the age of over forty, fifty-five and sixty-five years. 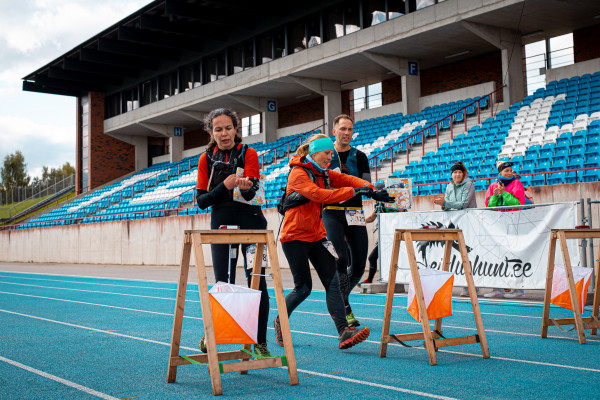 It is completely incomprehensible why such a popular sport in Latvia with significant security benefits does not receive at least as significant state (Ministry of Defense) support as in Estonia.

Participating in rogaining is not just a competition. It is also a trip. Much has already been written about trips to Estonia. A Covid certificate is all you need for a trip to Estonia. However, compared to the summer months, the requirements in Estonia are slightly increased. Masks had to be put on in the shops. To sit indoors at restaurants, you had to show a certificate and then the mask can be taken off. You must also present a Covid certificate upon check-in at the hotel.

Otepää is one of the oldest settlements in Estonia mentioned in the chronicles, which has been known since 1116. In the history of Estonia, Otepää is especially distinguished by the fact that in 1884 the blue, black and white flag of the Estonian Student Corporation was consecrated in the Otepää Lutheran Church, which later became the national flag of Estonia. 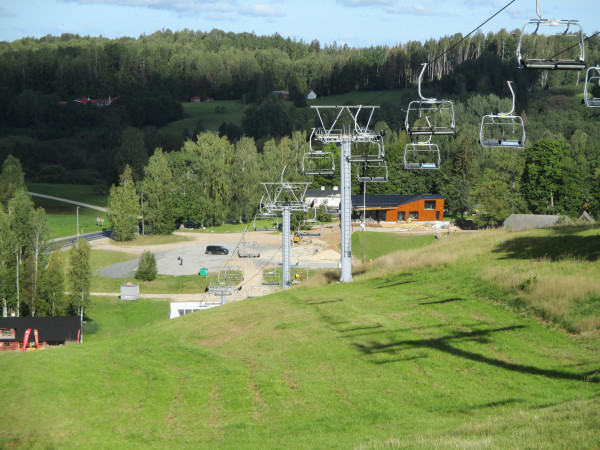 Väike Munamägi Hill. If you wish to go to Suur Munamägi, then you can also visit Väike Munamägi, which is located in the Otepää highlands, and has slalom skiing tracks with lifts. / Juris Paiders/Neatkarīgā

Today, Otepää is the largest winter sports center in Estonia. The hills of the Otepää Highlands are home to a variety of sports facilities - springboards, a biathlon shooting range and a track, the traditional Tartu ski marathon track crosses the Otepää Highlands, etc. In summer, the tracks are used for cycling, summer biathlon and other activities.