What is more important to Pavļuts - chewing sticks or cancer?

"If this additional burden continues, we from the Ministry of Education and Science certainly do not rule out the possible need to ask the government for additional funding for this non-standard situation that schools have to face," commented Minister Anita Muižniece (JKP) on the expansion of saliva tests. Teachers are disciplined and orderly, they do what they are told to do. Also organize saliva tests in the long recess, telling students not to eat anything before.
13.09.2021. Elita Veidemane 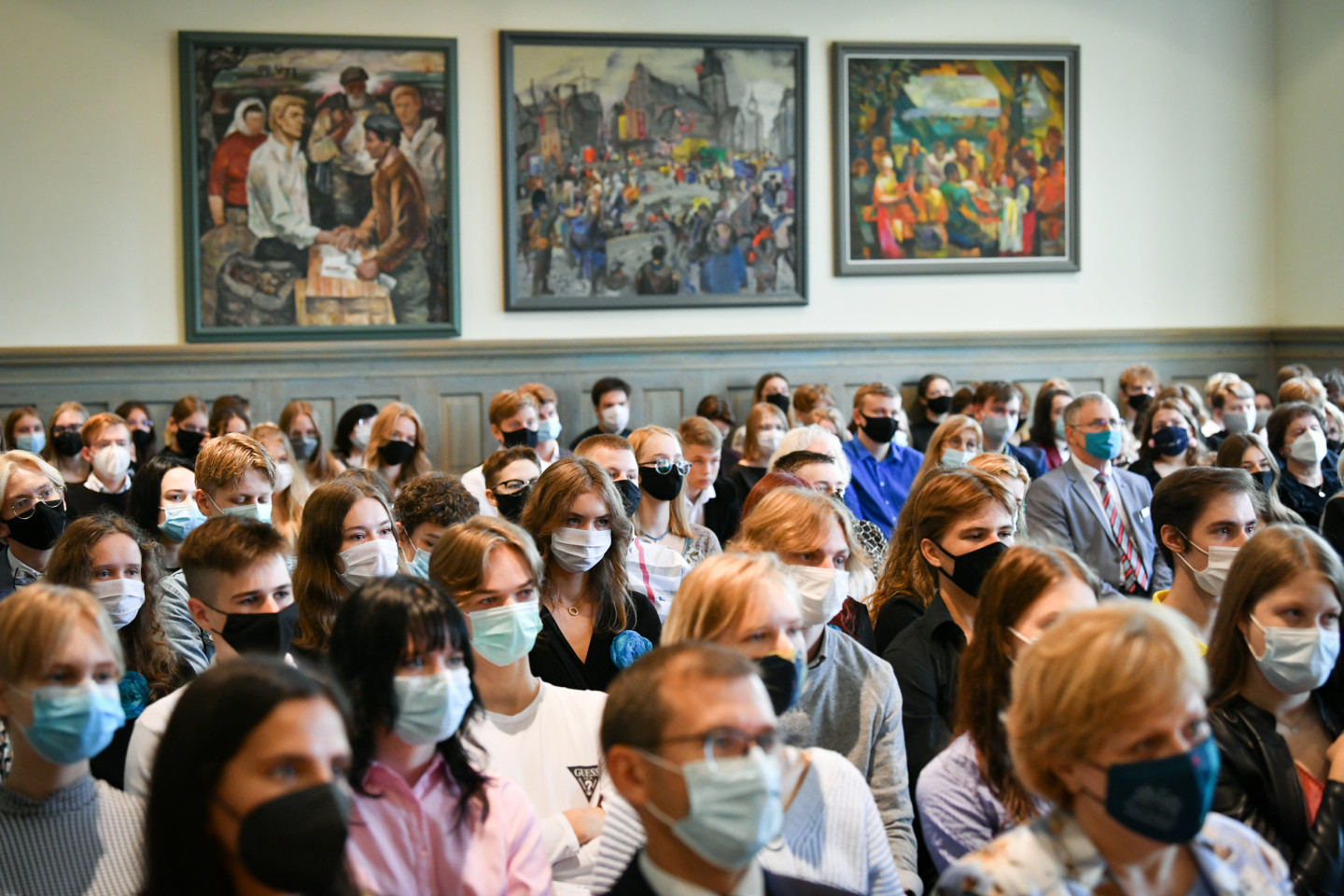 The saliva test is not the last option offered by the Minister of Health Pavļuts: in the form of a pilot project, it is planned to use chewing sticks instead of a saliva test. There is also an idea to test every two weeks instead of every week, as is now the case, as it is unclear how long health and education systems will be able to withstand this weekly load of saliva testing.

But there are already complaints about the poor quality of test analysis: schools say that it is very difficult to contact the MFD laboratory (this laboratory provides testing to 470 schools in Latvia), the test delivery process is inaccurate, you often have to wait a long time for the results and they can be incorrect. Indeed, why should some laboratories feel under pressure when the state pays for each test?

Among other things, several schools are calling for the services of the MFD Laboratory to be abandoned, but this is not possible, as both ministers said, as other laboratories would then be overloaded. In short, schools can deal with it themselves!

Gundega Rancāne, the director of Lūcija Rancāne Makašāni Vocational Secondary School, agreed that the types of cooperation with laboratories are different: “We cooperate with the Central Laboratory. At the beginning of the process, the laboratory staff was late, it was difficult to call them, but now everything is on track and there are no problems.” Pupils perceive the need to give saliva tests calmly, even with humor. The school has a nurse, who is also an educator, who coordinates the tests.

Gundega Rancāne is surprised that there is currently a discussion that the tests could be moved to a two-week interval. "One of our employees had a positive test, and I think one week is the optimal interval." The director is happy that the rural environment is "safer" than the urban environment, as the possibility of being in the fresh air dispels concerns about the spread of the virus.

In her turn, the director of Majori Secondary School Ilze Ose says that the educational institution she heads cooperates with the Gulbja Laboratory. About 300 students are tested each time. "It is, of course, a partial precaution," says Ilze Ose, commenting on the weekly testing, "and the common goal of all of us is to work in person, to be at school. But to provide medical care, that is what doctors are for. However, there is currently an additional burden on teachers in collecting and giving saliva tests. If doctors believe that a saliva test can help in some way, then... it should be done. And it's the easiest way."

How much will these saliva tests cost? It will probably be revealed in years to come. But it will be millions of euros. Millions that the government has spent uselessly on various advertising and research (?) projects, offices, etc. like throwing that money in a black hole. But the most painful thing is that the money that could save thousands of people is simply being wasted.

An unexpected public awareness arose from the published fact about a woman for whom the state is likely to reimburse anti-cancer drugs only if the tumor progresses. But to keep it from progressing, she needs medicine right away, and it costs 56,672 euros a year! It is just 56,672 euros for someone's life. Just. Of course, there are thousands of similar cases, and perhaps that is why the leaders should finally start thinking about how to help patients. But what is important for them, unfortunately, is only Covid, Covid, Covid...

The woman's story was followed by other, equally sad and tragic messages. "I lost my mother this year. Diagnosis - the same as mentioned here. I am sorry, but oncological and cardiovascular diseases, together with mental illness, are still a much, much more serious threat to health than Covid. Do we, as a country, as a society care, do we want to (..) fight the pandemic by forgetting everything else?” writes one man. "We laid my father to rest. Due to restrictions, his chemotherapy was not completed. They left the sick person to fate for the whole of 2020... until he left us. For a year and a half, the doctors ignored him. First it was the restrictions, then the queues, then they said they would call us themselves,” says one woman.

I believe that it is the duty of the Minister for Health to capture a much larger area than just the one in which, for example, only saliva test flasks or only anti-Covid vaccine coverage can be seen. For a year and a half now, we have been struggling with vague "priorities" with only Covid at the head. I'm sorry, but there are other chronic diseases that unfortunately kill many more people. Maybe finally distribute your attention to the whole - whole! - health care area, because it is despicable to focus only on the use of chewing sticks or some equally exciting ideas.

Breath of freedom in London - without QR code scanning and face masks
LSLīva Sila
NATO foreign ministers in Riga are unlikely to signal that the West will not fall for Putin's bait
BLBens Latkovskis
A new monument to the occupation army has been placed in Kurzeme
Imants Vīksne
Belarus is a cover for a wider Russian plan
Imants Vīksne
Once the money spending machine is started, it's hard to stop
BLBens Latkovskis
'Covid test tax' will also be collected by a company founded in spring this year
MKMāris Krautmanis