Latvian Covid zealots are basing their vaccination support propaganda on lies and primitive manipulation. This conclusion follows from the data on people who have completed vaccination published last week by the Central Statistical Bureau and submitted by the National Health Service.
15.09.2021. JPJuris Paiders 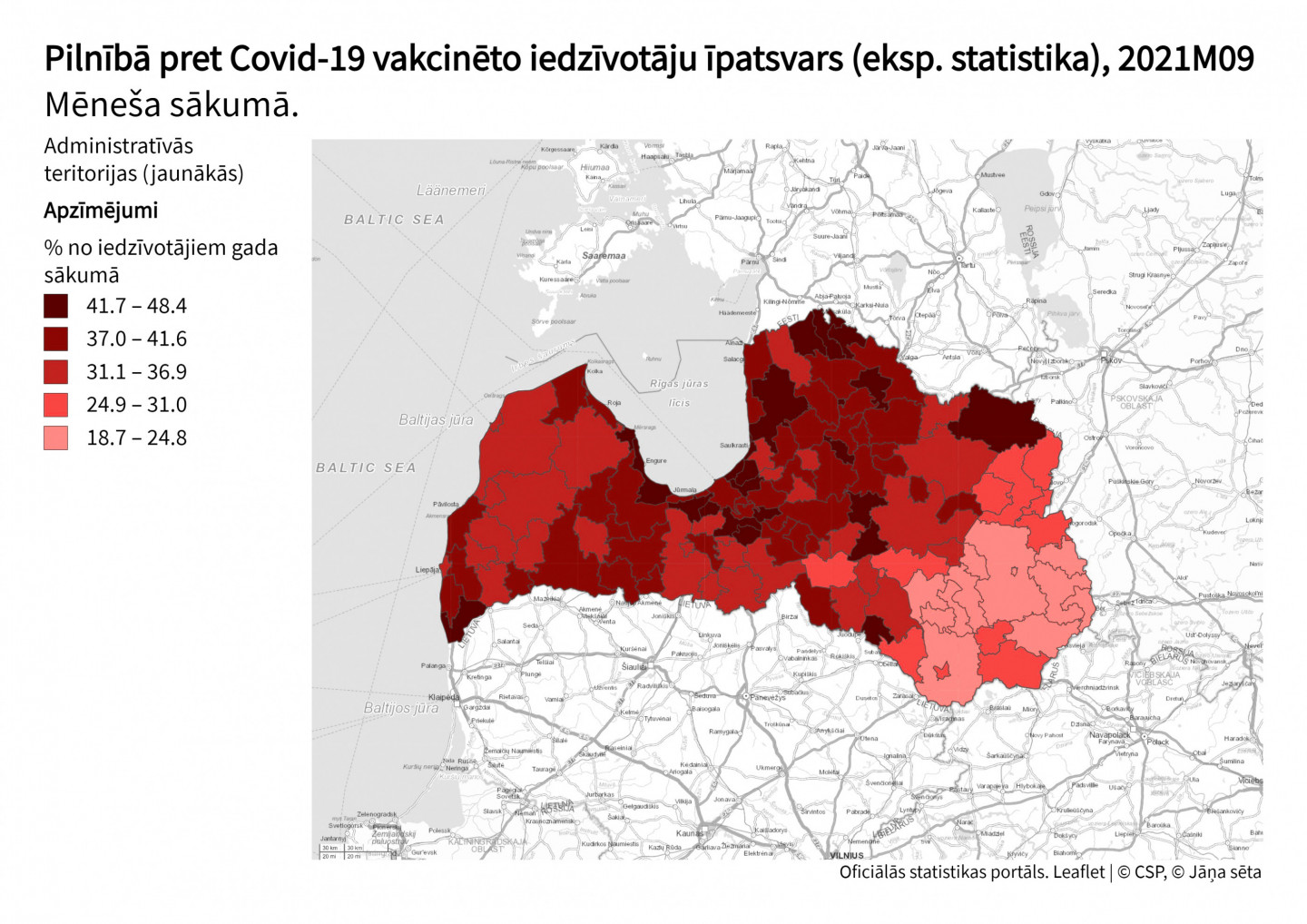 The proportion of the population fully vaccinated against Covid-19 on 01/09/2021. (% of population at the beginning of the year; National Health Service data on vaccination recipients) ©Ekrānšāviņš

To avoid misunderstandings, I would like to emphasize that I am not against vaccination. However, public support campaigns for vaccination are currently taking forms that severely compromise medicine and vaccination as such. For example, Latvians who are skeptical about vaccination are told that vaccine skeptics (also called anti-vaxxers) are backwards and uneducated people, and according to the words of some Covid zealots on social networks - basically mentally impaired.

The truth is quite the opposite. According to the data published by the Central Statistical Bureau and submitted by the National Health Service, there is a reason to express even the opposite statement.

What about the concentration of people with mental impairments in these settlements?

The truth is that every effort has been made in Latvian social care centers to protect the most vulnerable groups from getting severely sick.

In addition, the residents of nursing homes had much greater opportunities to receive vaccination than those who live in rural homesteads, especially in Latgale.

The data published by the CSB also refutes the lie that it is precisely Latvians who strongly support vaccination, while Latvian Russians categorically reject it.

Such a statement must be considered untrue, fake news. Let's simply compare the administrative units according to the proportion of Latvians, Russians and Covid vaccinated people (population data at the beginning of 2021, data on the proportion of vaccinated on September 1, 2021).

Most likely, this means that the people of Latgale in most cases do not get vaccinated, not because they are imbeciles or have been swayed by Kremlin's propaganda, but because it is not easy there to get to the jab for people without their own transport.