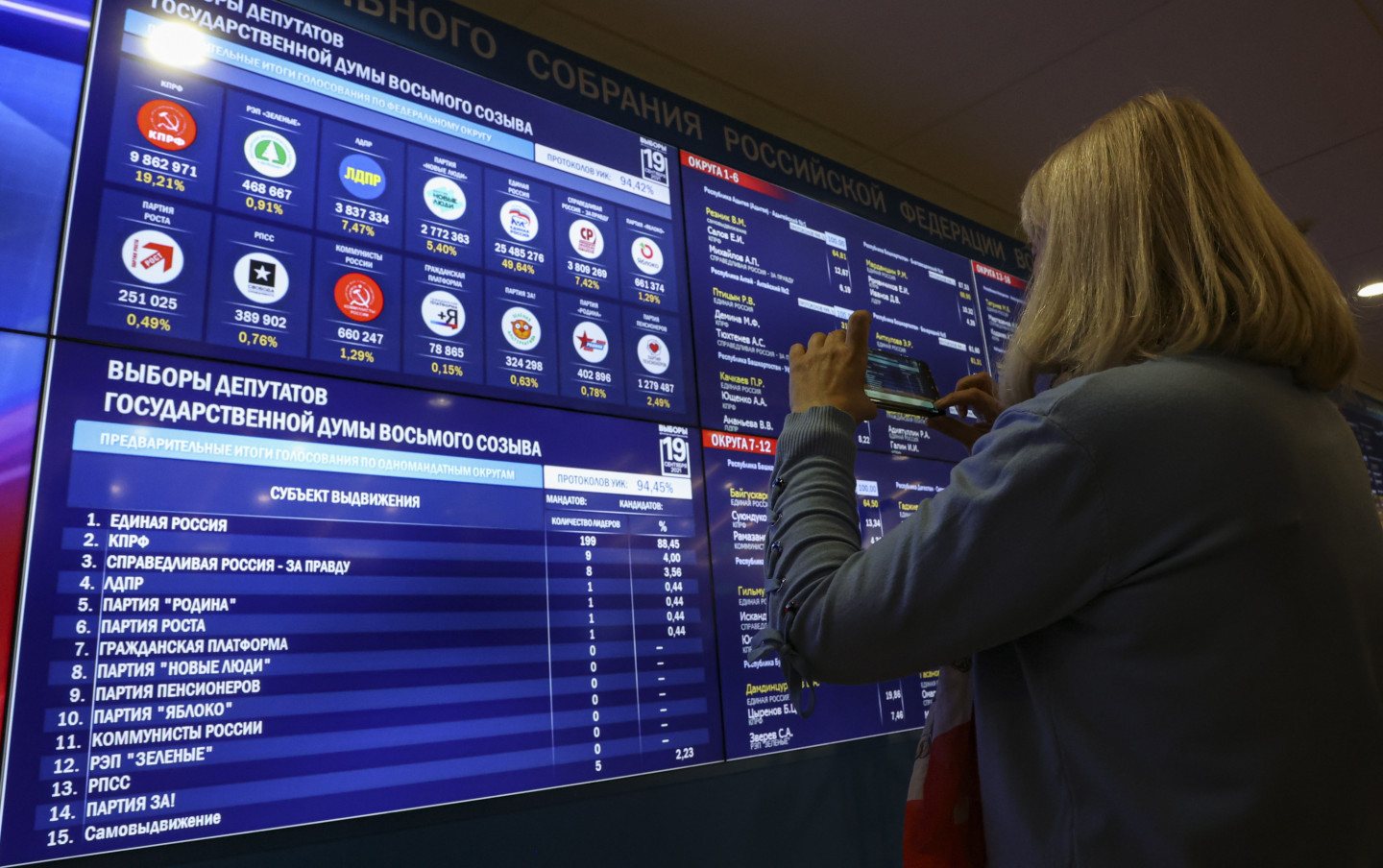 Overall, the election results marked a very wide and fragmented range of both the ruling party's satellites and opposition parties. Russia's ruling political force won a majority in single-mandate districts but failed to get a decent number of votes on party lists. According to preliminary election results, United Russia received less than half of the electoral vote, while the Communist Party of the Russian Federation made a significant achievement, having received votes from about a fifth of all Russian voters. The success of the Communists explains why last week (September 15) the imprisoned Russian politician Alexei Navalny called on his constituents to vote for the Communist Party of the Russian Federation in the Russian State Duma elections. Now, Navalny will be able to demagogically claim that the high score of the Russian Communists in the party list vote is his merit and that those who vote for the Communists are in fact Navalny worshipers whose homes have portraits of Navalny instead of religious icons.

Proponents of Navalny in Latvia were shocked because the global and local media have created a completely wrong image of Alexei Navalny, portraying this politician as a sweet and fluffy supporter of liberal democracy, the last hope of the West, the only one who can turn Russia away from aggressive foreign policy and domestic authoritarianism to a civilized path of development.

On the other hand, many in Latvia still have a vivid dislike and unsettled accounts with the Communists since the last century.

It should be noted at the outset that the views of Alexei Navalny are very, very far from the ideas of the role models of liberal democracy. Alexei Navalny has markedly imperial tendencies. As he flirts with Western money donors, he will sing the song that will give the most money. Upon getting power, he is likely to pursue a policy that is consistent with his understanding of Russia's role in the world.

Navalny is a politician, and his call for cooperation with the Communists is a normal tactical step to try to defeat opponents as powerful as Putin's pyramid of power. The only thing that makes this tactical step ridiculous are the claims of the Navalny group that the Communists are a real opposition to the Kremlin.

Communist collusion with Putin was beautifully revealed in 2013 and 2014. At the end of 2013, the Communists proposed criminalizing public calls to undermine the territorial integrity of the Russian Federation. At the time, such legislative changes did not seem particularly threatening to democracy, and on December 25, 2013, the Russian State Duma passed the law, but Putin signed it on December 28. There was one nuance. The law came into force only on May 9, 2014. The Criminal Law of the Russian Federation was updated with Article 280.1., which imposed a five-year prison sentence for public calls to undermine the territorial integrity of the Russian Federation on any Internet platform. In the meantime, between the adoption of the law and its entry into force, Russia annexed Crimea. Since the beginning of May 2014, anyone in Russia who has questioned the annexation of Crimea on any internet platform has been and is facing a five-year prison sentence. The annexation of Crimea was planned in advance, and criminal penalties for questioning it were imposed with the Communist cooperation shortly before the annexation of Crimea.

The results of the Russian State Duma elections marked such a fragmented spectrum of opposition parties that only people with a very vivid imagination or those living in a completely different world - a world of dreams and wishes - can now call Navalny the leader of the Russian opposition.

Prosecutor General Stukāns: The nationalization of money is dictated by the United States
Imants Vīksne
The archetypal heroes and magicians of Latvian politics in the fight against treacherous noses
BLBens Latkovskis
Aivars Lembergs will be tried in spoken proceedings in the appellate instance after all
Uldis Dreiblats, Ritums Rozenbergs
Seafarers' educational autonomy is only allowed until 2023
Imants Vīksne
The lockdown is presented as a sex position
Arnis Kluinis
The cowardly government is saving its neck by blaming others
BLBens Latkovskis