Latvian politicians should not be afraid of Efraim Zuroff

It turns out that something unbelievable is happening in Europe, not just demonstrations against Covid restrictions, the expansion of "refugees" in former cultural cities or the enthusiastic uncorking of the Russian gas pipeline Nord Stream 2. Namely, at the end of November, a symposium of European historians will be held in the Belgian city of Zedelgem, where Latvian legionnaires - prisoners of war - will be discussed, in whose memory the Latvian Beehive for Freedom monument was created. It was placed there in 2018. But in 2021, the heated rants of Holocaust businessmen began...
22.09.2021. Elita Veidemane 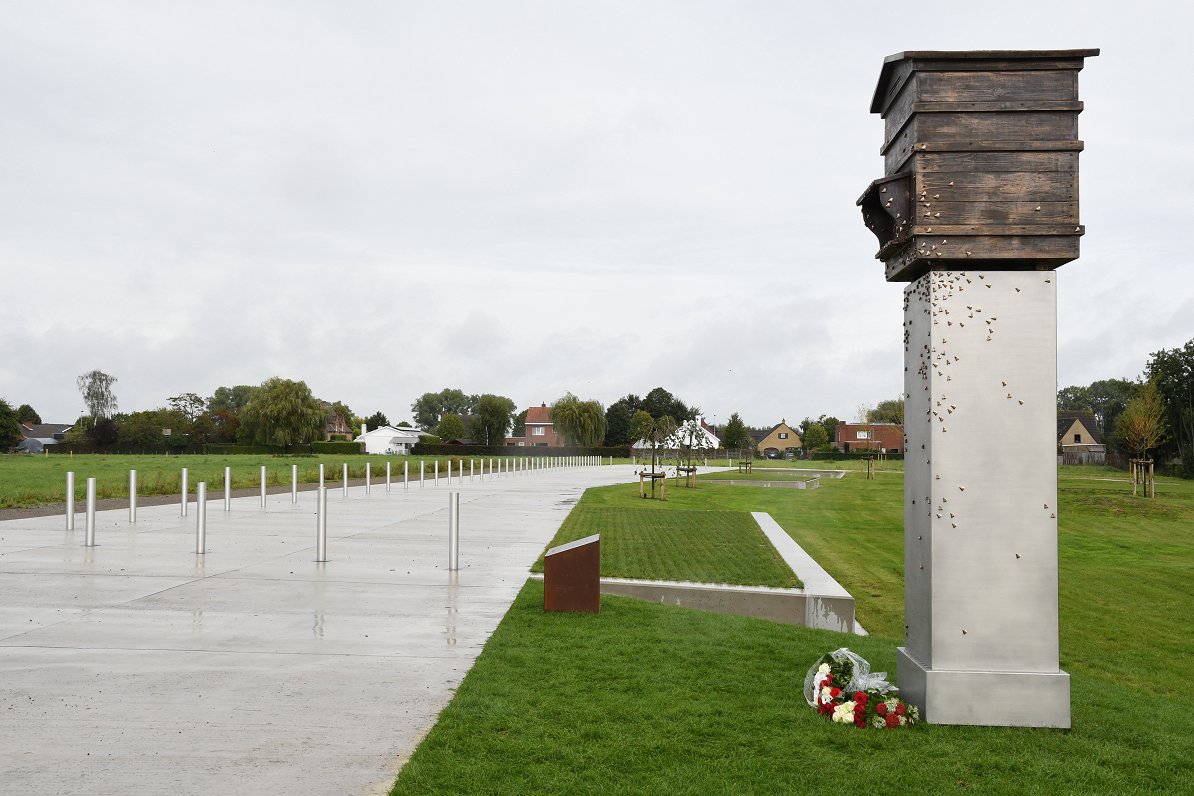 On July 7, it was decided to remove the explanatory plaque from the monument in Zedelgem, but according to our Ministry of Foreign Affairs, the municipality of Zedelgem never intended to dismantle the monument to the legionnaires. It tells the story of 12,000 Latvian prisoners of war who were in the Zedelgem camp from 1945 to 1946. Neatkarīgā has already written about it (the article can be read here).

But how can we ignore the intentions of the municipality of Zedelgem: they were cleverly constructed by the already mentioned Holocaust businessmen. On one portal, Lev Golinkin published a false story about Latvian legionnaires who were allegedly guilty of "shooting Jews".

Shortly afterwards, Paris Match Belgique published an article on the legionnaire monument, quoting Efraim Zuroff, a key Holocaust businessman at the Simon Wiesenthal Center, who traditionally said that the legionnaire monument blasphemed against the victims of Nazism. It did not take long for the Belgian left-wing politicians to join this song, repeating the mantra about the "Latvian Nazis" and the "wrong" monument.

The pressure on the municipality of Zedelgem was massive, and the greatest chances were that the monument would not only have the explanatory plaque removed but the monument itself would also be demolished.

Inese Vaidere, a member of the European Parliament (EP), reported on the possible threat to the monument to Latvian soldiers. Under Vaidere's leadership, members of the EP Remembrance Group sent a letter to Zedelgem municipality calling for the preservation of the Latvian Beehive for Freedom monument to Latvian soldiers. "When I learned that the monument to the Latvian soldiers was to be torn down, I realized I had to do something, fast. So, I called on the colleagues with whom we work in the EP Remembrance Group to jointly address the mayor and deputies of Zedelgem municipality, explaining the historical significance of this monument, refuting false statements and asking for its preservation,” explained Inese Vaidere.

But the monument had to be preserved in any case. The author, sculptor Kristaps Gulbis, explaining his work, said: “In Zedelgem camp there were around 12,000 Latvian soldiers. This is equivalent to the number of bees in a hive. My idea is to unite in this monument the common European values and symbolic language understood by all Europeans with something special and visually characteristic only to Latvia. The Latvian bee colony in Belgium. The bee colony is a nation. The hive is their state with its own army, law and order. Bees are peaceful. They do not attack of their own accord. They sting only when they feel threatened. They defend, fight and die for their hive, colony and freedom.”

The monument is a stainless steel obelisk about five meters high, with a hive of green patinated bronze at the top. Gilded bees can be seen on both the obelisk and the hive. The monument has an annotation in several languages ​​with an explanation of the historical situation in which Latvians found themselves during World War II.

The site of the former camp is about three kilometers from the square. This is a new district in the city, where the municipality of Zedelgem plans to set up a leisure park. Some of the barracks of the former prisoner of war camp have also been preserved, where it is planned to set up a museum in the future, which will present the story of Latvian legionnaires.

Although the supreme power of our country avoids recognizing and praising the dedication and heroism of Latvian legionnaires in the fight against the Bolsheviks, no one has repealed the Declaration on Latvian Legionnaires in World War II, which was adopted in 1998 by the then brave Saeima. The declaration explained the historical situation during the formation of the Latvian Legion, when the German occupation authorities formed these units. The declaration clearly indicates that Latvian legionnaires have nothing to do with violence against the peaceful population. And it is very important that there was a clause in the declaration that obliges the political authorities to prevent insults against the honour and dignity of Latvian soldiers in Latvia and abroad.

This is exactly the kind of insult that took place this summer in Zedelgem, Belgium. A huge thank you to Inese Vaidere, who discovered and actualized this issue. The Minister of Foreign Affairs Edgars Rinkevičs has also been informed about the situation. In his report, Rinkevičs said that "for thirty years, the Latvian diplomatic service has persistently continued to explain the complex issues of Latvia's history and refute the countless slander, provocations and misleading information that regularly appear in foreign media."

It is to be hoped that our politicians will have the courage to speak out in defense of the Zedelgem monument and the legionaries. All the more so because no Zuroffs are going to take part in the Zedelgem historians' forum, which is planned for November, with shouts about how "Latvian legionnaires shot Jews", so everything is safe!

Prosecutor General Stukāns: The nationalization of money is dictated by the United States
Imants Vīksne
The archetypal heroes and magicians of Latvian politics in the fight against treacherous noses
BLBens Latkovskis
Aivars Lembergs will be tried in spoken proceedings in the appellate instance after all
Uldis Dreiblats, Ritums Rozenbergs
Seafarers' educational autonomy is only allowed until 2023
Imants Vīksne
The lockdown is presented as a sex position
Arnis Kluinis
The cowardly government is saving its neck by blaming others
BLBens Latkovskis