This fall, the UN agenda covers climate and LGBTQI

As every autumn, in September, the largest worldwide political fashion show in the world, the UN General Assembly, takes place in New York, on the shores of East River. It so happened that on the same day both the world's most influential political couturier, the President of the United States, and our President demonstrated their collection of political comments. First Joe Biden, and after a while Egils Levits, as usual, in a half-empty hall.
23.09.2021. BLBens Latkovskis 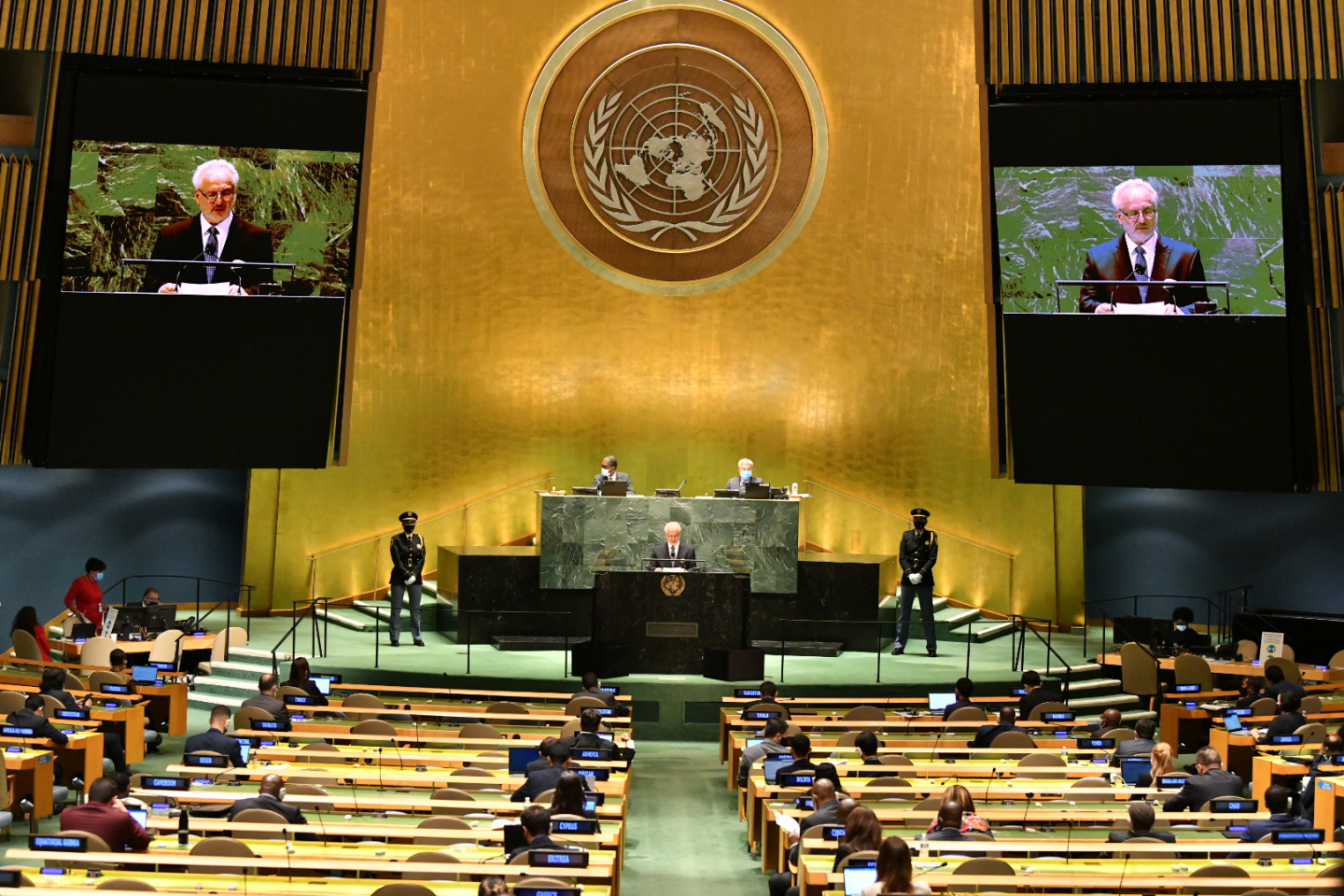 With each word, Biden confirmed that the United States had returned to the world's leading political trend and that the previous "experiments" of the eccentric fashion designer Trump had ended. An unwavering commitment to the current canon of form - the climate crisis and the defense of the LGBTQI community - was demonstrated. Saying these sacred phrases has already turned into a ritual procedure in today's politics, which confirm either belonging to the ruling group (in the case of Biden) or unconditional trust in it (in the case of Levits).

After the field of affiliation was marked with the help of climate and LGBTQI mentions, it was possible to start talking about what was really important. What remains of Biden's speech, after discarding the obligatory ritual phrases? It was the reassurances of trust in all the canons of the modern faith that was Biden's main and most important message. No more heresy and deviation from the dogmas of the new church, Biden declared, translating what he said from the language of political bureaucracy into ordinary language. "Don't look at my gray hair and increasing age. I'm all about everything new, modern, progressive. No more deviations from the general line, no effort to return to the old archaic values, as the abominable Trump tried to do. Forget him. Now everything will be different. As before. BBBW instead of MAGA! (Build Back Better World; Make America Great Again)”

Of course, you will not find such words (except for the slogan BBBW) in the official text of Biden's speech, but this is what the speech would sound like if it were passed through an imaginary voice-transformer that would turn formally ironed words into their emotionally actual essence. In addition, the general political context in which this Biden speech was delivered must be borne in mind. By that, of course, I mean the aggravation of US-French relations after the Australian government renounced a huge contract for the construction of submarines in France and signed a new contract with the United States. This issue is currently the focus of global politics, and we will dwell on it in a separate article.

This time, let us just mention that neither relations with France nor the new Pacific military pact AUKUS (Australia, United Kingdom, United States) were directly mentioned in Biden's speech. Not like Chechnya, Cameroon, Belarus, Zambia, Moldova and other globally important places. Here you could add hashtags #hypocrisy, #pseudo-priorities, #avoidanceofdifficulttopics.

To be honest, Biden promised to call French President Emanuel Macron in a conversation with the press to ease tensions, but it is clear that the much-awaited "return of America" ​​has arrived limping a bit. The already mentioned commitment to financially broadly support the climate and all other "progressive humanity" agendas on one foot, and the escalation of the situation with France, the eternal special player in European Atlantic unity, on the other. Given the already heightened jealousy of French society for its allegedly undeservedly deprived role as a leader of global values, the new French-US rivalry may provoke another sharp wave of anti-Americanism in France.

From the point of view of Latvia's security, it is important that Biden mentioned in his speech an unshakable commitment to Atlantic solidarity and the sacred (in Biden's words) Article 5 of NATO. This alone suggests that Biden's speech was very positive for us. Interestingly, Biden's long speech (more than half an hour) covered a very wide range of global issues and mentioned many, even very small, countries, but never mentioned Russia or Putin. Quite different from China and its leader Xi Jinping, who was the only leader mentioned by his name.

Another part of the true meaning of his speech is the readiness to provide extremely generous financial support for various "progressive" projects, which in combination with even more financially intensive development projects domestically means the continuation of loose fiscal policy. Given that a similar policy is being pursued by the EU, we can predict almost unlimited issuance of dollars and euros and a further decline in their value. The formal independence of the Federal Reserve and the European Central Bank should not mislead anyone here. Today, these financial institutions keep pace with leading governments and global trends.

I would like to add here that I am not in favor of disaster theory (in connection with the acclaimed "printing" of money), but it is already clear that the unprecedented issuance of money in connection with Covid-19 will not go without repercussions. Another question is how big they will be. In any case, one can fully agree with Biden's statement that the next will be the decisive decade of humanity, which will "quite literally determine our futures". Another question is whether this future will be determined by the problems of the climate and the LGBTQI community, or will it be something more serious. For example, the erosion of the existing global security architecture.