The Foreign Investors' Council in Latvia, FICIL, which is basically an extension of the US Embassy in economic matters, has handed over the latest orders to the government of Krišjānis Kariņš in a number of sectors, and the most important requirement is not to apply the requirements of the dirty money law to US entrepreneurs. To make an exception because Americans are very, very honest. The most honest in the world.
23.09.2021. Imants Vīksne 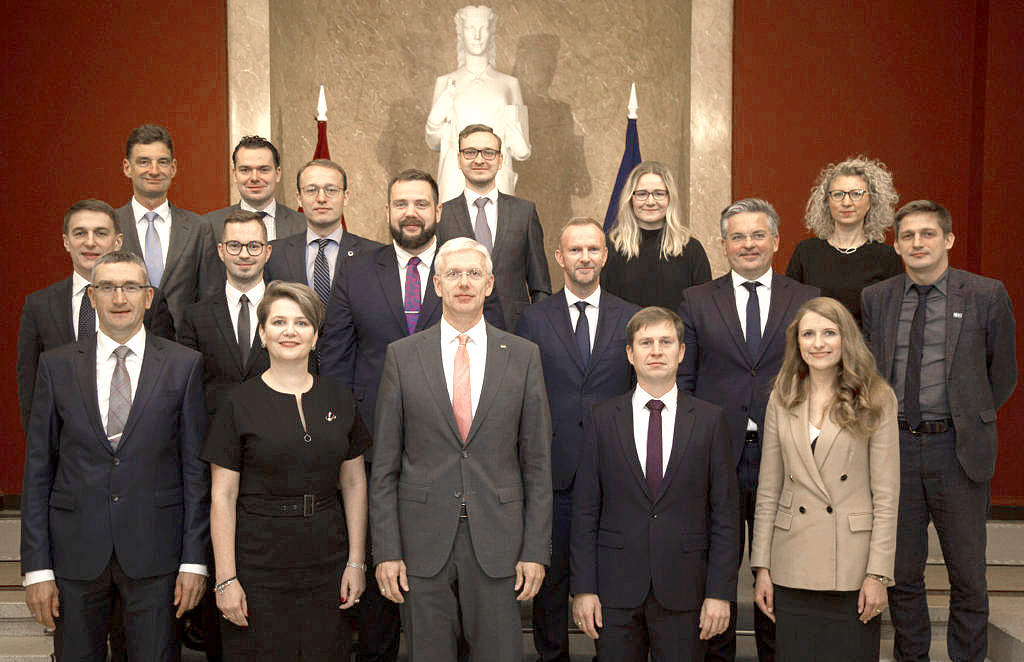 The Latvian government and FICIL have been holding high-level meetings since 1999, with the aim "to ensure a structured exchange of information and views between investors and local policymakers to improve the business environment and facilitate the inflow of foreign investment into Latvia". Urgent important requirements are communicated by the US Embassy formally or informally through direct diplomatic channels, through its people in ministries, or even through simple publications on the embassy's website. But the ally manages its regular business needs through FICIL - in a less conspicuous format that formally represents the interests of foreigners from different countries of origin in Latvia.

This year, advice or rather orders have been given to the government in various areas - all where big money is circulating, significant regulatory changes or large public orders are expected: transport and infrastructure, food and beverage industry, intellectual property rights, labor requalification, Latvia's digitalization strategy, energy sector and waste management. And inevitably, FICIL focuses on the endless overhaul of the Latvian financial sector and investment protection. Americans request privileged status for themselves in the dirty money law.

It should be recalled that the amendments to the Law on the Prevention of Money Laundering and Terrorism and Proliferation Financing were to be adopted earlier this year - quickly and painlessly, so that they could report back to the auditors of international lenders FATF and Moneyval in a flash. An American "consultant" was even appointed to the Department of Finance as part of a technical assistance program to write the law precisely how Americans wanted it. However, the Saeima unexpectedly became involved in this creative process, and amendments to the law were discussed for almost six months. And finally, today, Americans themselves have become subject to the law, which includes numerous financial requirements. This does not satisfy them, because the law was actually written to stop Eastern European business in Latvia - to nationalize Ukrainian and Russian money, and not to prevent Americans from earning money in Latvia. Therefore, the Foreign Investors' Council has appealed to the Latvian government to remove this obstacle.

The conditions for the exception need to be adjusted

The request is included in the “FICIL Position Paper on Combating Financial and Economic Crime 2021”. It's long and wordy - full of obvious things. Well, for example, about the evils of corruption: "Corruption harms general economic growth and hinders the country’s development by negatively affecting good governance, increases inequality and can cause instability, as well as does not go unnoticed in the assessments of various international organisations about the attractiveness of the investment climate in Latvia." But the real interesting part is hidden among the recommendations:

Because the United States has high standards

In the following reasoning of this specific recommendation, the stakeholder is already identified directly as the US:

"At the same time, FICIL draws attention to the fact that companies of foreign investors often belong to groups of companies that include not only European Union companies but also third countries with high anti-money laundering and anti-terrorist and anti-proliferation standards (such as the United States). In FICIL’s opinion, the failure to apply the exception of Part 6 of Section 3 of the Law to such groups of companies will unreasonably worsen the position of foreign investors in comparison to groups of companies registered only in Latvia or the European Union. FICIL expresses a conceptually similar comment regarding the prerequisite that the exception can only apply to cases where the beneficial owners of the members of the group and the persons holding a position in their executive body are residents of a Member State."

Deal with your own crooks!

In short, the United States is more honest and better than other third countries, so there is not much need to control it. And in general, Latvian law enforcement agencies should stop taking an interest in foreigners' money and turn to local white-collar workers. This follows from the FICIL order to the Latvian government “Prioritisation of predicate crimes committed in Latvia”. And here's an explanation of the recommendation:

“FICIL certainly welcomes the efforts of the Government and the FIU to rid Latvia’s financial system of criminal proceeds coming from abroad. However, from the perspective of foreign investors who have invested in Latvia, it is primarily important to focus on the prevention of money laundering that has arisen as a result of criminal offenses committed in Latvia (for example, tax evasion, bribery, fraud, etc.). By committing criminal offenses in Latvia, perpetrators gain an unfair advantage in relation to those companies who act legally and in accordance with the principles of good commercial practice. Such situations are directly detrimental to fair competition, putting unfair businesses in a better position than fair ones."

The full range of this year's FICIL recommendations/orders to the Latvian government can be found here.