The foreign policy course of US President Joe Biden can be described in three words - "America is back". At least that's how it's presented. By this is meant the restoration of good US relations with its transatlantic NATO partners.
24.09.2021. BLBens Latkovskis 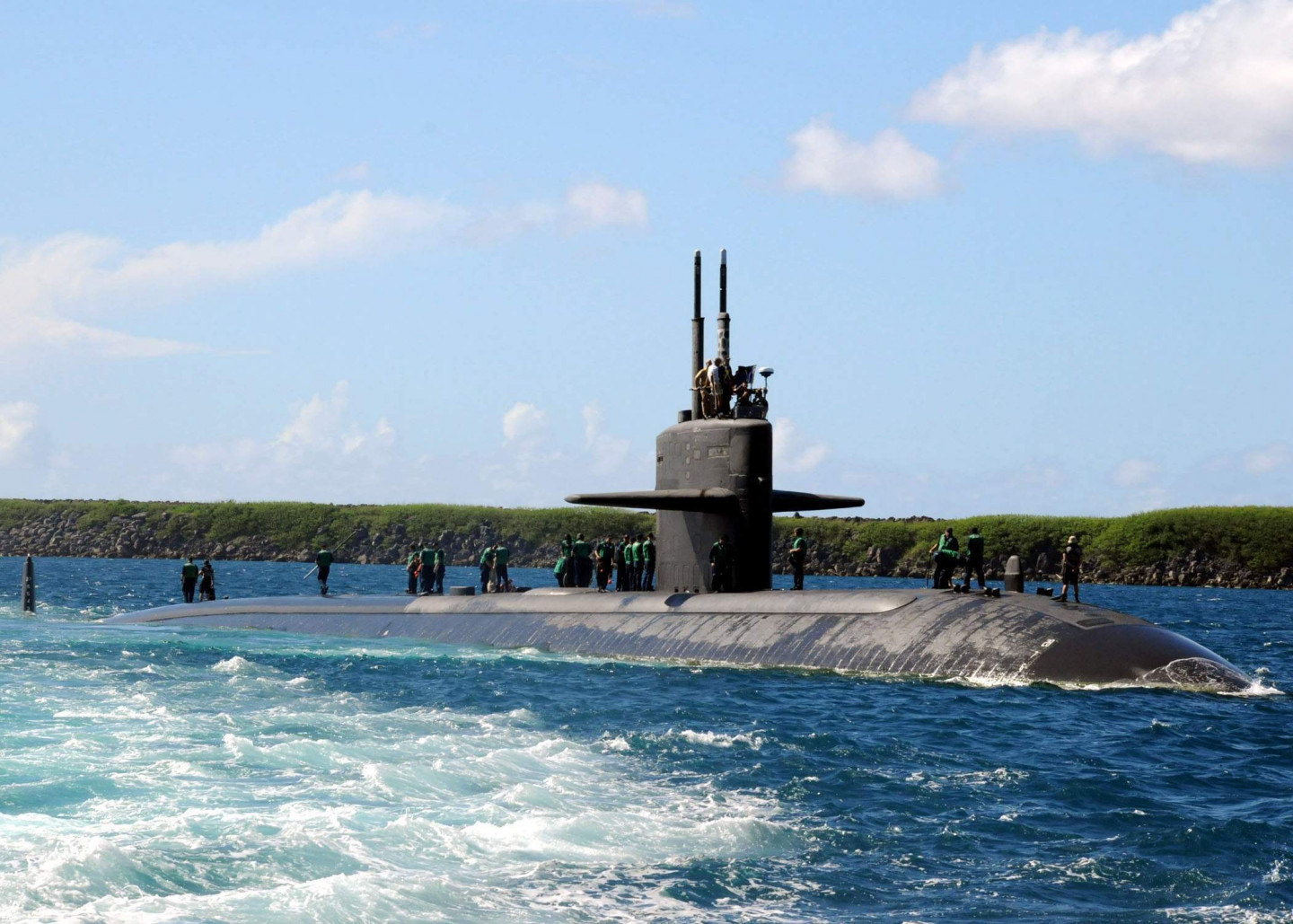 Biden's demonstratively lenient attitude towards the Nordstream-2 gas pipeline was the best example of this policy. As a friendly gesture of peace with Germany, with which relations were particularly damaged during Trump. The United States even began withdrawing its already somewhat small military contingent from Germany. If you can't afford to spend 2% on defense with all your economic power and wealth, then go and protect yourself on your own.

Biden's remarks at the NATO summit in Brussels in June this year emphasized conciliation and were aimed at restoring good relations. Let's forget all the old disagreements and go back to the good old days when we were able to unite in a common song. A new honeymoon phase seemed to have begun between the United States and Europe. Therefore, the sudden escalation of US-France relations was all the more striking. It may have come as no surprise in the narrow diplomatic circles, but to the general public it was like lightning from a clear sky - France recalls its ambassador not from Russia, Iran, China or even Israel, but from the United States. A loud and unexpected diplomatic scandal. So, what happened?

Immediately after the 20th anniversary of the 9/11 terrorist attacks, the formation of a new Pacific military alliance AUKUS (Australia, United Kingdom, United States) was announced. This news in itself would not be of great concern to any European country, but at the same time, there was news of the cancellation of a huge Australian-French submarine construction contract.

On the one hand, the creation of AUKUS can be taken as obvious. The last five decades have seen growing tensions between the United States and China, as the latter does not hide its ambitions to become a global leader. In addition, it is not just about economic leadership, but also about the military. If not immediately on a global scale, then at least in the Pacific basin. The creation of AUKUS is a logical first step in limiting China's potential expansion. Other countries that are concerned about China's growing power, such as Japan, South Korea, India, Chile, and others, could potentially join the military alliance.

China's dominance in the region was also perceived with concern by Australia, which has no historical tradition of working with a strong China and is unfamiliar with its prevailing Asian perception of the world. To feel safer, in 2016 Australia signed a long-term contract with France for the supply of 12 new diesel submarines. The choice in favor of this type of engine was made by New Zealand's ban on nuclear-powered craft entering its ports. The initial amount of the contract was 31 billion euros, which grew to 56 billion euros in 2019. The cooperation (including submarine maintenance) was for 50 years, but the submarines themselves had to be made available to the Australian Navy between 2030 and 2040. However, on September 15, Australian Prime Minister Scott Morrison announced the suspension of the deal due to changes in strategic choices.

The establishment of AUKUS provides for a very wide range of cooperation, which is not limited to the purchase of submarines. The details are not yet revealed, but it is clear that Australia is joining the US doctrine of China as a major 21st century challenge and potential rival. It is planned that the new submarines, now with nuclear engines, will be built according to American technologies right there - in Adelaide. These submarines will have a more impressive attack potential, and the sum of the contract will be even larger.

Australia has made important strategic choices in favor of working with the United States for many years. Against this background, the previous "century contract" with France already looks rather modest, and it is not surprising that in Canberra it was considered insufficient to ensure national security. Nor can it be overlooked that Australia's alliance with the United States and Britain also seems more logical from a historical and cultural point of view. The fact that at one time the United States did not make much of an effort to dissuade Australia from contracting with France and did not offer them anything shows only how passive, not to say sleepy, was the foreign policy of Barack Obama administration.

France undoubtedly perceives this breach of contract as an ally (USA) stabbing them in the back. This is exactly how the French Foreign Minister, Jean-Yves Le Drian, described the situation. According to him, allies do not act like that. France withdrew its ambassadors from both Canberra and Washington, which shows a very high level of dissatisfaction. Paris accused the founders of AUKUS of not informing France of their plans, which the Australian Prime Minister said was untrue.

Senior EU officials also sided with France. Ursula von der Leyen once again recalled the need for a unified EU strategic autonomy. EU High Representative for Foreign Affairs and Security Policy Josep Borrell condemned the "unilateral" actions of AUKUS members, of which he was allegedly unaware. It is clear that these words of support are unlikely to help France overcome its humiliation. Especially on the eve of the presidential elections in April 2022. President of France Emmanuel Macron is already being criticized from all sides, and local observers estimate that a diplomatic response as harsh as the recall of ambassadors would have been less likely to happen if the presidential election took place some time later.

In fact, the economic "losses" of the French side (Naval Group) are not as huge as one might think. Although the contractual penalty for breach of contract is only around EUR 400 million, which does not cover the missed future income in any way, the group's economic well-being is not threatened, as there are currently six submarines in production for India and four for Brazil. France's loud accusations of "backstabbing" can also be seen as a demand for more compensation from Washington. Namely, inviting French producers to another large project.

It can already be predicted that France will use the situation to campaign for a wider EU overall defense budget and use it for the benefit of its military-industrial complex. I wonder if we should listen to these French complaints and agree with the demands they contain. Another thing is that the traditionally elected representatives of Unity (Vienotība) from Latvia and its satellites usually vote as determined by their political "family". That is, a bloc of people's parties, which is almost always favorable to such great powers as France, which in turn simply do not understand small countries - such as Latvia.

The Franco-Australian-US conflict marks another important feature of this time. The opposition of the USA and China forces each individual country to take a certain position in this confrontation. Lithuania has already done so and has basically begun to quarrel with China on the spot, ostensibly because of Taiwan. Although the EU as a whole is culturally, militarily and in terms of values ​​much closer to the US than China, some countries would not want to damage relations with China in any way because of the US. France itself has repeatedly offered itself as the main "who to call if you want to talk to Europe", and in the face of growing US-China opposition, it is trying to grow the meaning of its "special relationship".

Our European MEP Robert Zīle has published on Twitter a rather sarcastic tweet of France's "humiliation": "Pacific nations are congratulating the "America is back" with AUKUS to have an opposing force to China. Meanwhile, France's despair of the failed submarine deal is actually about Macron's failing dreams of being an Indian/Pacific ocean geopolitical leader in relations with Beijing, which hurts more than the 50 billion euros. The challenge is on the EU side. Should the EU be equated with France and its geopolitical or even purely business interests (remember the attempt to sell two Mistral ships to Russia)? And whether, in Chirac's words, this would again be a chance for others to take the opportunity to keep quiet, or to nod in agreement with what Paris says. Does [our] Ministry of Foreign Affairs have a position, and does Foreign Trade Commissioner Valdis Dombrovskis plan to attend the inauguration of the TTC meeting in Pittsburgh on September 29?”

On the other hand, China is far from Europe and it is certainly not the biggest problem for us at the moment. A much more significant problem is the unpredictable regimes in Russia and Belarus, the migrant flows from Asia and Africa, and the internal polarization of society, which was facilitated by Covid but also existed long before the pandemic. The fact that there is little talk of this polarization and the pretense in the public sector that everyone in Europe is united in the fight against climate change, inequality, various phobias and other "remnants of the past" only shows that Europe is convinced that bigger contradictions have been overcome in the past. Let us overcome these too, without paying particular attention to them.

As far as external threats are concerned, Europe is unlikely to find a common language here either, because in the same France, Italy or even Germany, the attitude towards Russia is significantly different from that of the Baltic States and Poland. Namely, the countries that have suffered from the unstoppable imperial flood of Russia.

Unfortunately, in Europe, the perception that the world is much less comfortable than thought by not only in their left-leaning universities, but also in the kitchens of ordinary citizens, is rather weak. A society whose majority has not experienced serious social hardship for three generations is completely convinced that polluting the ocean with plastic bottles or allowing whaling in some countries is the greatest human problem to worry about. They do not want to understand that there are five billion people in the world who are deeply indifferent to all these "progressive values", even when one of these five billion punches them in the face at their own home.