Germany has held the most exciting Bundestag elections of this century, as most political observers point out. As the former German Chancellor Angela Merkel, who has ruled the country for the last 16 years, did not take part in the elections herself, the intrigue on who will be her successor remained until the last moment.
28.09.2021. BLBens Latkovskis 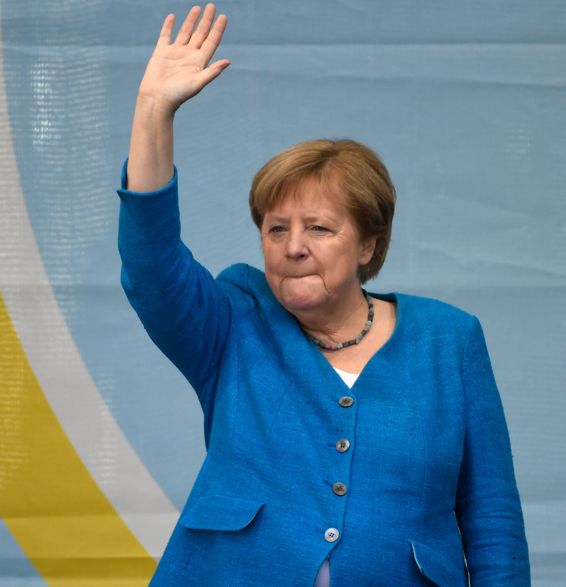 In the German political tradition, the leader of the party with the largest number of seats becomes the chancellor. According to the results, which have not yet been officially confirmed but are unlikely to change, the Social Democrats have won the elections, led by the current Vice-Chancellor and Minister of Finance Olaf Scholz (25.7%, 206 seats out of 735). He is also most likely to be the next chancellor.

Why did I mention in the title that Merkel's style remains? Because according to his stylistics (not so much political essence), Scholz out of all the candidates for the position of chancellor (against CDU/CSU's Armin Laschet and Greens' Annalena Baerbock) was the most similar to the long-term "mother" of the nation in his behavior. Equally cool, rational, dry. Unshakable. In his manners, Scholz reminds our former Governor of the Bank of Latvia, Ilmārs Rimšēvičs. Given that Scholz is also accused of various suspicious financial activities, which were successfully rejected (as our Rimšēvičs did for many years), it would not be a surprise if Scholz' career ended in the same way as Rimšēvičs' did.

However, the balanced, emotionless Scholz has provided his party with the best results since German reunification, causing the German [so-called] Conservatives the heaviest loss (only 24.1% of the vote, 196 seats) in all post-war history. CDU/CSU's leader Laschet was foiled by exactly what made the Social Democrats successful, namely the inability to keep a cold-blooded poker face in any situation. Laschet was still the leader of the polls in early July, but was destroyed by the floods in Germany in early August.

Natural disasters (especially with human casualties) are the background against which politicians can both build and ruin their careers. Laschet managed to destroy it when President of Germany Frank-Walter Steinmeier expressed his deepest condolences to the victims during one of the flood relief measures, and television cameras recorded that at the same time Laschet, who was standing in the background, was joking and laughing with other politicians. Voters do not forgive such insensitivity. The situation was made particularly unpleasant by the fact that Laschet had previously positioned himself as a person with a very high level of empathy.

Laschet also failed the "children's test". This is a very peculiar German practice, which should be introduced here as well. Namely, an entertaining educational TV show in which children aged 10-12 ask questions and talk to well-known people, including politicians. During the show, children ask a variety of questions - smart, silly, cunning and shameless. In this completely unpredictable atmosphere, politicians cannot operate within the framework of any learned cliché. Laschet failed this children's test - he was nervous, awkward, answered unconvincingly, stuttered. As a result, he gained a reputation as a person who uses his eternal smile and supposedly unforced friendliness to actually cover up uncertainty.

Results of the 2021 German Bundestag elections. The results of the CDU and CSU blocks are shown separately. Screenshot from the website of the German Electoral Commission / https://www.bundeswahlleiter.de/

The second winner of the election is, without a doubt, the Green Party, which has managed to transform from a niche party into a serious pan-national player (14.8%, 118 seats). At one point in May, the party leader, 40-year-old Baerbock, sensationally even became the leader of the polls. However, when journalists began to study her work under a microscope, it turned out that the morally "holy" Baerbock is not so pure. It turned out that many excerpts in her autobiographical book had been copied directly, without reference, from the works of other authors. She has also embellished her CV with positions she has never actually held, and has not indicated 25,000 euros for 2018 in her income statement. These allegations, combined with indications that she had no experience as head of a larger unit, removed her from the list of Chancellor candidates.

But that's all yesterday. Today, there is a newly elected parliament, which has already begun a difficult process of forming a coalition and, consequently, a government. Various combinations are possible, which are called in Germany by the names of the countries whose flags are formed by the colors of the coalition parties: Kenya - (CDU/CSU + SPD + Greens); Jamaica - (CDU/CSU + Greens + FDP); Germany - (CDU/CSU + SPD + FDP); Traffic light - (SPD + Greens + FDP). A coalition of the two winning parties - CDU/CSU and SPD - is also possible, which will have 402 votes (196 + 206) out of 735 in the Bundestag but the question is whether the two competing parties will be able to agree (although there is such a coalition right now).

SPD leader Scholz has already announced that he is forming a Traffic Light Coalition - SPD + Greens + FDP (11.5%, 92 seats), leaving the Merkel/Laschet party in opposition. However, it is far from being set in stone that this coalition will succeed in reaching an agreement. Let us remember that after the previous elections in 2017, it seemed that a coalition had been formed, the thick (more than 500 pages) coalition (Jamaica) agreement was drawn up, and all that was left was to sign it when FDP leader Christian Lindner refused to sign it at the last moment.

There are also countless fundamental contradictions in Scholz's named coalition between the notably left Greens and the right liberal yellows (FDP). In Latvian analogies, it would be like one coalition tried to combine the Progressives (Progresīvie) with Pūce/Jaunups' For Latvia's Development (Latvijas attīstībai). Time will tell whether the Social Democrat Scholz will succeed.

How will the results of the German elections affect Latvia? This depends to a large extent on whether there will be Greens in the coalition and, if so (probably), how much influence they will have on common State policy, as it is the only party with a fundamentally different view of global political processes. There is no point in even mentioning the stigmatized Alternative for Germany (10.3%, 83 seats), because no one in Germany is going to form a coalition with it, similarly to Latvia with the Ždanoka's party.

Furthermore, it is not just about clean environmental ecology. The Greens also have a principled position on policy ecology. They postulate cooperation with authoritarian regimes as unacceptable. Or at least try to limit this cooperation. Thus, the Greens in the government could bring a more cautious attitude towards Russia, China, Belarus and other countries with similar regimes. The extent to which this policy would become a real brake on cooperation is another matter, as German policy has traditionally been particularly pragmatic and cooperation-oriented (especially economically). So it is possible that even the arrival of the Greens in government may not bring about a significant change in German foreign policy. Rhetoric on climate and the green course is likely to radicalize. At the same time, the ratio of defense spending to Germany's GDP is unlikely to increase. All these issues will be carefully and in detail defined in the coalition agreement, which again is unlikely to be less than five hundred pages.