Namejs has ended without significant losses

Apart from tons of fuel burned, a few thumped heads and small damages on the military transport, Namejs military training has passed without significant losses. The army is also coping quite well with the migrant crisis. At the same time, Russia's Zapad exercises have been formally concluded, but there are no reports that Russian troops have left their deployment sites in Belarus. This is a cause for concern.
29.09.2021. Imants Vīksne 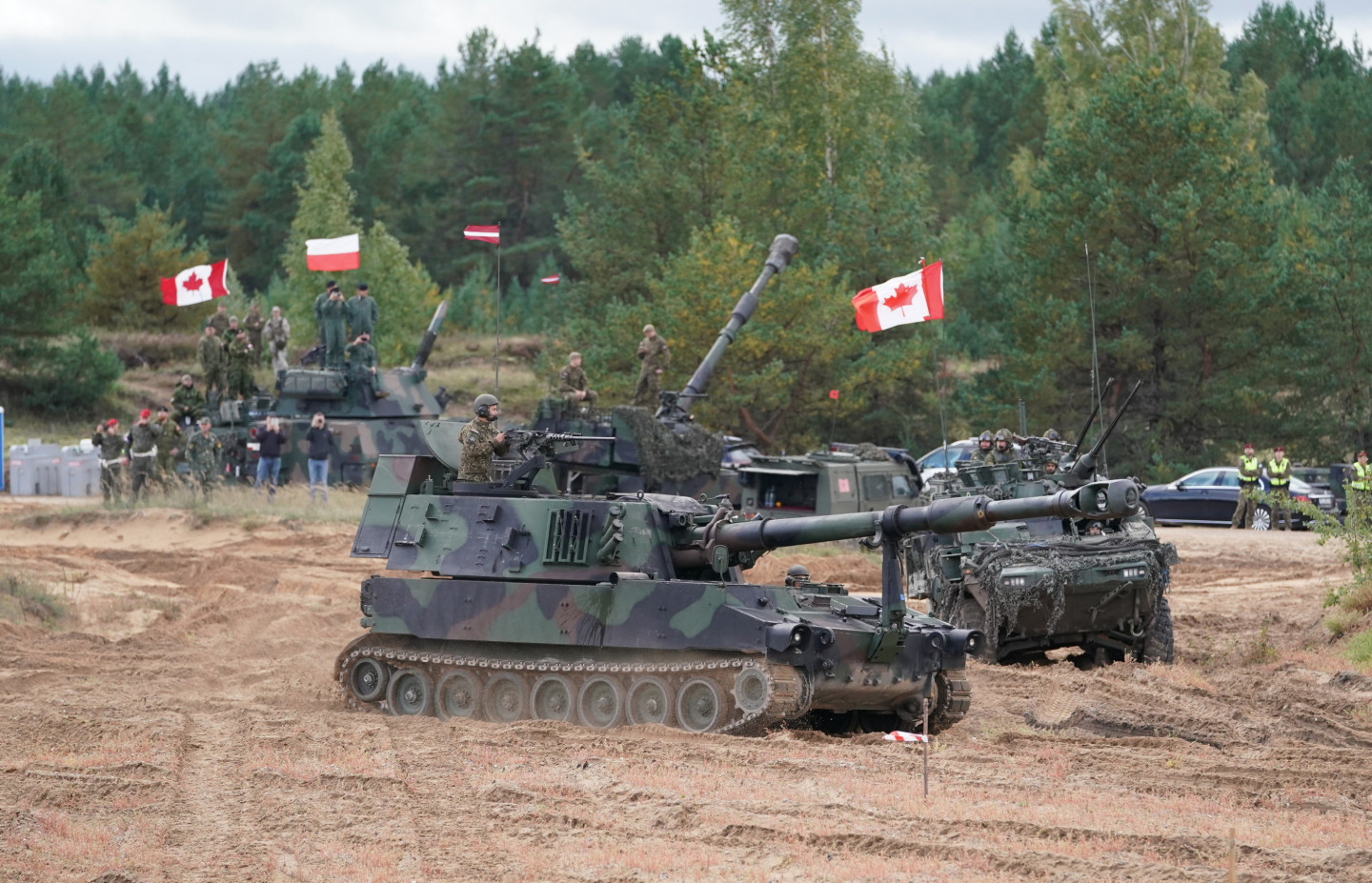 Namejs is traditionally the biggest training event of the year. More than 10,000 soldiers and national guards took part in the event. Also home affairs structures and allied forces. Both the hybrid phase and the conventional war phase were played out in the training. In some situations, private sector support was sought, for example, to block an important road with reinforced concrete structures. The commanders of the army units are now compiling the lessons learned from Namejs for further use in capacity building and future training scenarios.

Commander of the National Armed Forces Leonīds Kalniņš is generally satisfied with what has been achieved. The exercise was prepared and performed in good quality. No significant incidents have occurred. Some military equipment is a bit damaged, but it can be repaired without large capital investments. Some participants were injured, but the injuries did not require hospitalization. Three allied soldiers were also slightly injured. One, for example, had not put on a helmet in the transport and hit his head as the car jumped. But, as they say, he'll live.

One of the lessons learned in Namejs is civil-military cooperation. No matter how the army informs and explains its activities to the public, there will always be someone who has not heard of them or rather did not want to hear about them. And the opponent uses it. In real life. The Russian media spent a long time mocking the Latvian army for scaring the people of Riga, showed the video with the angry mother and her crying child. Of course, this incident will not be a reason for the army to stop training for combat in populated areas. Soldiers have to train in places where they may have to fight in the hour of crisis - so also in Riga.

But in the future, such large-scale training could be more restricted. So that civilians would simply not be allowed to go where shots are fired, rather than just being urged not to go there. So things wouldn't turn out the way they did with the mother who ignored the soldier, stubbornly went anyway, and then became scandalously famous in the Russian media.

The Russians are still in Belarus

Fortunately, at least this story of the poor offended mom has been exhausted. However, the Latvian army continues to monitor Russian activities. During the Zapad exercise, Russian troops entered Belarus, but there is no information yet that these units would have left Belarus at the end of the exercise. So in real life, the opponent is still active. And the migrant crowd sent by Russia and Belarus to destabilize the European Union continues to work. The army continues to work on the border. Every week, about 1,000 soldiers and national guards are involved in guarding the state border. The fence, which was not built due to the gross negligence of the Ministry of the Interior, is now being built by soldiers. Slovenia has donated 4.5 kilometers of barbed wire to Latvia for the creation of a temporary obstacle. From today, at least one small section on the Latvian border will be more difficult for criminals to access and cross. It should be recalled here that the total length of the border with Belarus is 173 kilometers, and, figuratively speaking, it's leaky like a sieve. Construction of the stationary fence has not even started. At the same time, construction on the Russian border has stopped. The only consolation regarding the illegal migrants is that no terrorists have yet been identified among them. But perhaps terrorists are more interested in richer Christmas markets in Western Europe than Riga.

Latvia is a hole in the fence

During Namejs, the leaders of the military departments of the neighboring countries also came to Latvia, expressed solidarity, condemned Russia and Belarus for making human rights an element of the hybrid war. A coordinated response to the migrant crisis was promised, which this time no longer qualifies as a refugee crisis.

However, one thing is clear at the moment -

Latvia is currently the weak point of the eastern border of the European Union and NATO due to its shabby border.

As Secretary of State Jānis Garisons admitted in a public discussion with the ministers of the neighboring countries - the biggest risks to national security are not found outside. The biggest risk is the weakness of our own society and government institutions. Also, military weakness. The absence of a fence on the Latvian border clearly confirms this Garisons' thesis.