Latvia is building a hole in the European fence

For Lithuania and Poland, the land border with Belarus is twice as long or longer, but they have gotten much further in the construction of the fence. After the allies have completed their fences, Latvia will serve as a hole in the European Union backyard for a couple of more years. Completion of our fence is planned for 2024. This is no good.
01.10.2021. Imants Vīksne 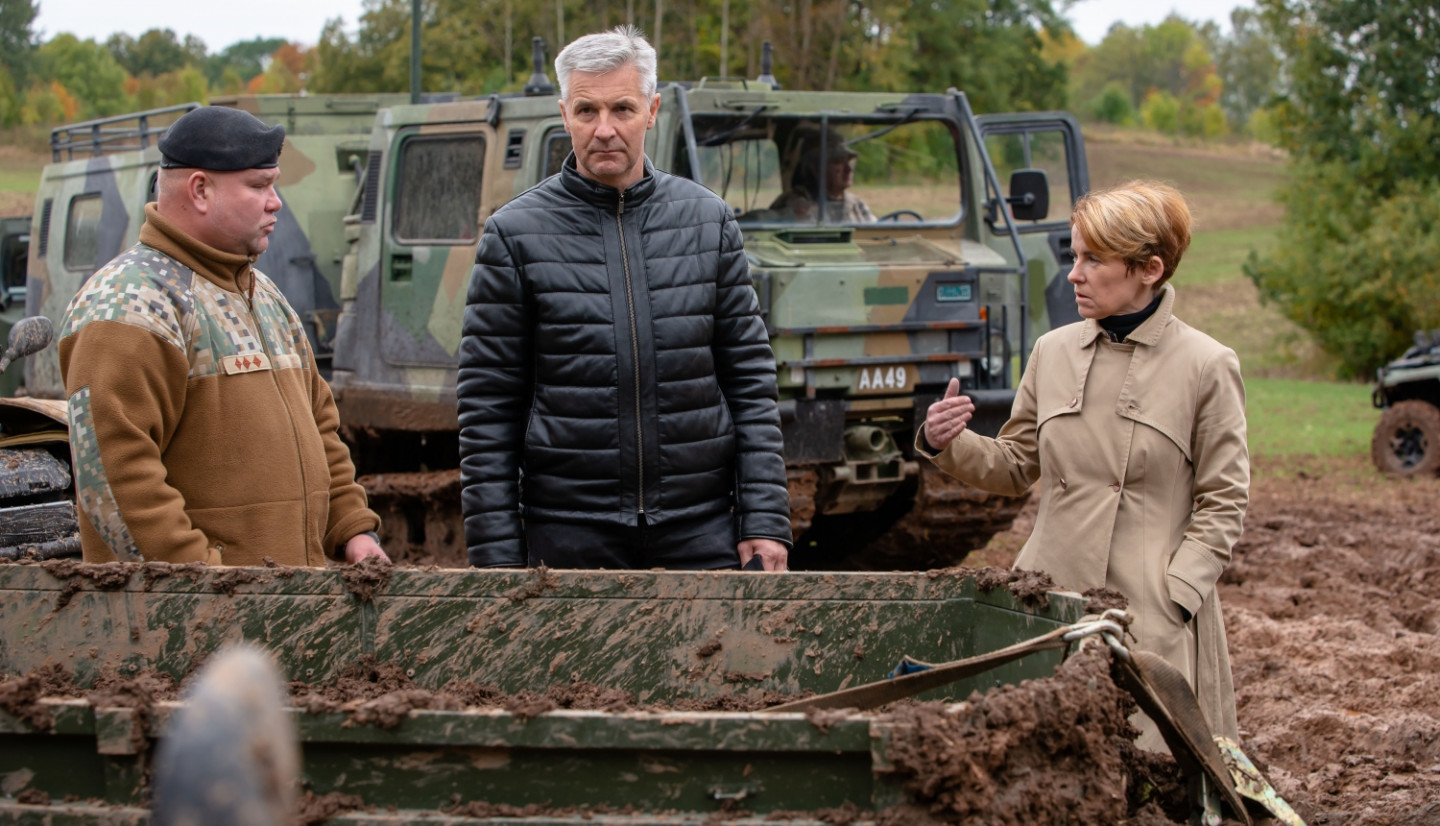 Every day, about 15 to 20 criminals try to cross the Latvian border. These are the ones who are intercepted and refused entry. With threats, dogs, displaying weapons, with the increased help of the State Border Guard and the army. At least most of the discovered people are driven back into Belarus. However, some manage to use the Latvian authorities' mandatory understanding of human rights and enter Latvia legally after the crime has been committed.

If in a criminal group there is a sick, disabled person or a child, everyone who pretends to be their family is admitted for humanitarian reasons. That is why there is a woman with children in each group of men. Further, if migrants have been taught to apply for Latvian asylum, they are not taken to a place of detention for foreigners, but to a comfortable asylum center in Mucenieki, which is an open type of institution. After being warmed up, pampered, and even given pocket money, they simply leave to pursue goals that are only known to them. Because they are not interested in Latvia. And not in a refuge from any Muslim danger. They themselves are the danger. These people do not qualify as refugees in any way, and therefore they are considered an economic and security threat to Latvia and the European Union. It is not for nothing that the State Security Service is actively working to identify radicals among these criminals, and a number of people who have managed to infiltrate the asylum center have already been transferred to prison or deported.

The State Border Guard publishes the current statistics with at least a one-day lag so that it becomes outdated. It is possible that such a procedure has been introduced in order to save time for planning strategic communication, to explain the inability in case suddenly hundreds of criminals try to force their way over the border instead of tens. The latest available statistics are as follows:

* Since August 10, a total of 1407 people have been deterred from crossing the state border illegally.

* Since the introduction of the state of emergency, 38 people have not been prevented from crossing the state border on humanitarian grounds, while a total of 390 third-country nationals who have crossed the state border illegally have been detained this year.

The Border Guard's statement on Tuesday contains another important sentence - there are no persons detained for illegally crossing the state border during the past day. And it must be emphasized here that only those who have been intercepted at the border can be detained, controlled and monitored. Of course, there are no statistics on how many criminals succeed in their intentions - how many manage to enter the country. And since the Latvian-Belarusian border has not been actually built it can be physically crossed freely (unless they run into the border guards or national guards) and then they can just as well call a taxi from Lithuania. That is why a fence must be installed on the border with Belarus, and its absence poses a significant daily threat to both the Latvian state and the European Union as a whole.

The EU and the EC are not doing anything

It would be unfair to blame only national governments for this, because the European Union, as an institution, is doing basically nothing to stop the flow of migrants. Lithuania and Poland have repeatedly raised the issue of European funding for fences. Meanwhile, the European Commission has repeatedly said no. If they were to give money, then only to finance certain security measures, such as surveillance cameras. But the existing legislation prohibits financing the construction of fences. Lithuania and Poland have stated that EU legislation needs to be changed in this case. The allies are fighting for European money, but at the same time, they are already building the fence themselves. Poland announced in mid-September that the fence has been created along the entire border with Belarus. In the future, it is also planned to install a special screen to prevent the animals from being injured. The border is being closely monitored and 2,000 soldiers are assigned to help border guards every day. This was stated by the Polish Minister of Defense during his recent visit to Latvia. Lithuania is still building the fence. Initially, 100-kilometer-long barbed wire will be located in the most important section of the border, but by April next year, it will be supplemented by a four-meter fence with barbed wire. At the same time, a tender is already being announced for the remaining 400 kilometers of border construction, and the deadline for entrepreneurs to complete the work is September next year.

Latvia also urgently needs a fence, but unlike its allies, our success is the weakest - the army has laid one and a half kilometers of barbed wire donated by Slovenia, the State Border Guard has not laid any. And the government's ambitions in setting a deadline for completing the work are, to put it mildly, modest. According to the Ministry of the Interior: "Currently, intensive work is underway to ensure the construction and commissioning of the Latvian-Belarusian border by 2024 as soon as possible." As soon as possible - by 2024. So, in Poland and Lithuania, the border will actually be closed to criminals next year, while Latvia will continue to build its border. The Saeima has already started grumbling about such a government plan. After several reports on Latvia's threat factors were considered at a closed meeting of the Defense, Internal Affairs and Corruption Prevention Committee, the head of the committee, Juris Rancāns, announced that the fence would have to be built faster. It should be recalled that the Ministry of the Interior has currently concluded an agreement with company AIMASA for the installation of a 37-kilometer-long temporary fence. There is no contract for the purchase of barbed wire itself, because previously one potential supplier was rejected.

It's a good thing that colleague Pabriks is helping

Allegations of dawdling with the construction of the fence in the Ministry of the Interior are rejected.

"How long ago should there have been a fence? Who is to blame for the fact that the construction of the BLR border is currently under active criminal proceedings and nothing is ready for construction? However, many fall for the magic of dark PR, looking for the culprit in a minister who will solve in a few months what has been going on for years!”

Adviser Curika is right that the story of the eastern border has dragged on for years, and both previous ministers and prime ministers are to blame for this failure.

In Lithuania, the monitoring committee set up for the urgent border construction is personally chaired by the Prime Minister. In Latvia, all responsibility is placed on the inexperienced newcomer to the Ministry of the Interior.

And these so-called criminal proceedings were also initiated several years ago, basically because the construction process was given to the border guard, who does not understand anything from the construction process. In addition, no money was granted from year to year. It is primarily the responsibility of the government, not the border guards, that the fence project on the Belarusian border, launched in 2013, has advanced microscopically - 1.5 kilometers of donated barbed wire. And also only because the Minister of Defense decided to help his political ally with free labor.