The proportion of seniors has grown: 20% of Latvia is retired

Over the past thirty years, the life expectancy of seniors has increased significantly. This means that when they retire, current seniors live longer than in the 1990s. However, over the past two years, Covid-19 has shortened the life expectancy of seniors. A quarter of all Covid-19 infected were seniors over 60 years of age.
04.10.2021. Inga Paparde 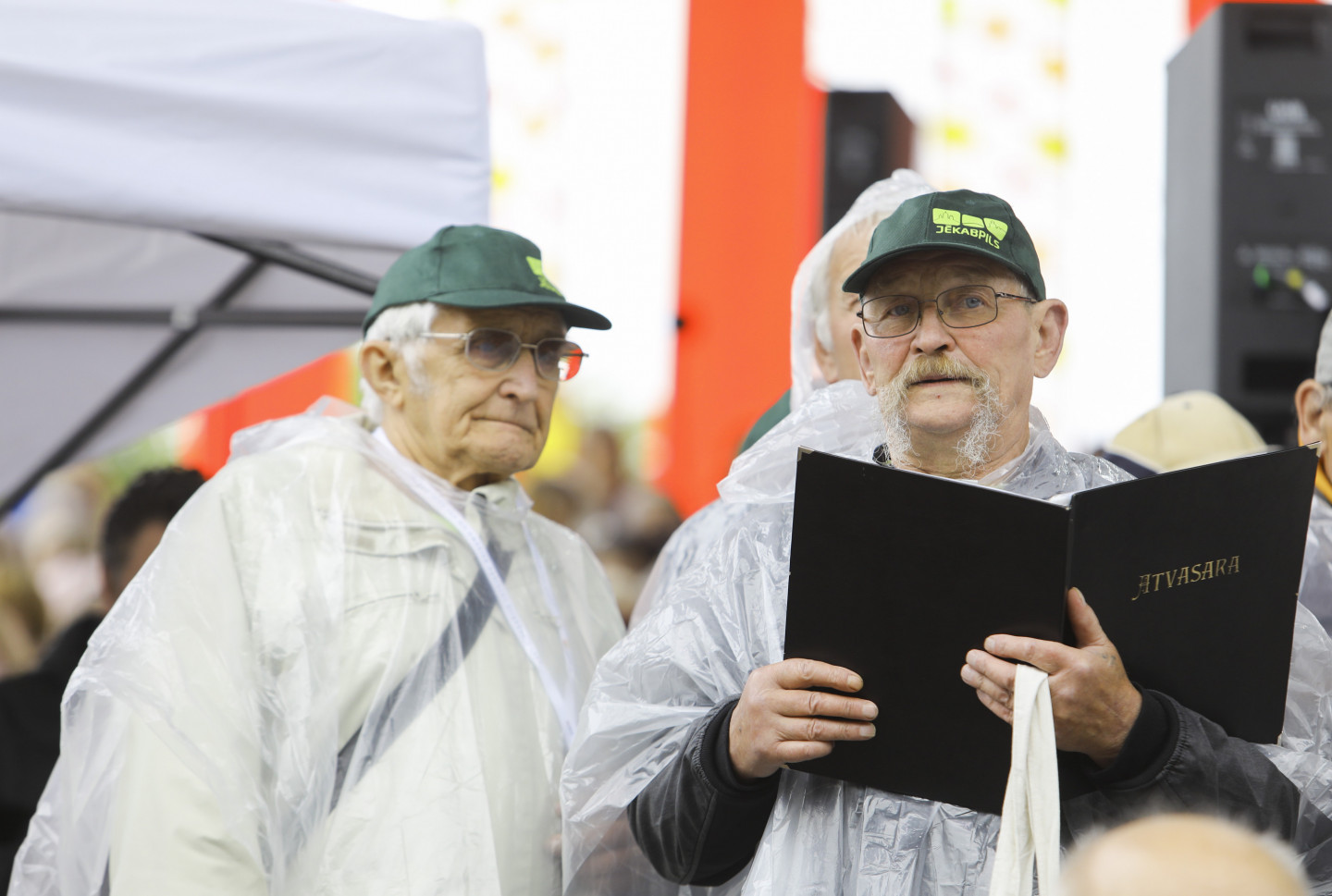 The proportion of seniors in the total population of Latvia is increasing every year. At the beginning of the 1990s, 12 percent of the population were seniors, and now one-fifth of Latvian society is retired.

The number of old-age pensioners and seniors varies

At the beginning of this year, 393,700 seniors aged 65 and over lived in Latvia, which is every fifth or 20.8 percent of the total population, according to the Central Statistical Bureau. Thirty years ago, in 1991, the proportion of seniors was almost twice as low - 11.8 percent or 314,500 seniors.

The increase in the proportion of seniors is influenced by several factors, including an increase in life expectancy, a fall in the birth rate, as well as migration, according to experts from the Central Statistical Bureau. In 1991, the average life expectancy for people who reached the age of 65 was 14.9 years, but over 30 years it has gradually increased and in 2019 reached 17.2 years. However, with the increase in mortality due to the Covid-19 pandemic in 2020, the rate has fallen to 16.7 years.

In the senior age group, 2350 deaths were registered, or 88.8 percent of all deaths with confirmed Covid-19.

At the beginning of 2021, 46.2 percent of the population in Latvia were men and 53.8 percent were women. Among seniors, this division is significantly different - only a third of the population at this age are men (33.3 percent), but two thirds - women (66.7 percent). Among the European Union member states, the Baltic States have the largest gender disparity among seniors, which is caused by significant differences in life expectancy between the sexes. Last year, the average life expectancy for men at the age of 65 was 13.8, while for women it was 18.6 years.

In the cities of national significance, the highest share of seniors in the total population is in Daugavpils (23.7 percent), the lowest in Jelgava (19.3 percent), while in Riga it is above the Latvian average. Comparing the regions, the share of seniors is higher than the Latvian average in Latgale, Kurzeme, Vidzeme, but in the Pieriga and Zemgale regions it is lower.

In 2020, three-quarters (74.1 percent) of seniors over the age of 65 indicated that health problems had hindered or restricted their daily activities over the last six months. Contrary to the self-assessment of health status, this indicator among seniors has slightly deteriorated in recent years - an increase of 6.8 percentage points in ten years. 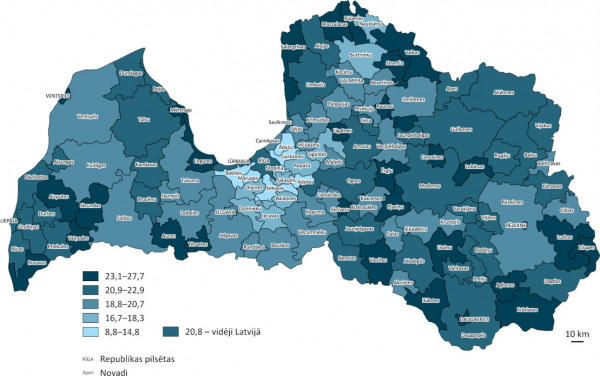