A ban on hunting lynxes is quietly being prepared

In the event dedicated to the Valka bear crisis, the management of the Nature Protection Board accidentally revealed the plans of the Ministry of Environmental Protection and Regional Development regarding another carnivore found in Latvia. Eurasian lynx (Lynx lynx) is to be removed from the list of animals that can be hunted. This is a scandal, because the ministry thus bypasses the Saeima, which has decided to settle this issue itself.
05.10.2021. Imants Vīksne 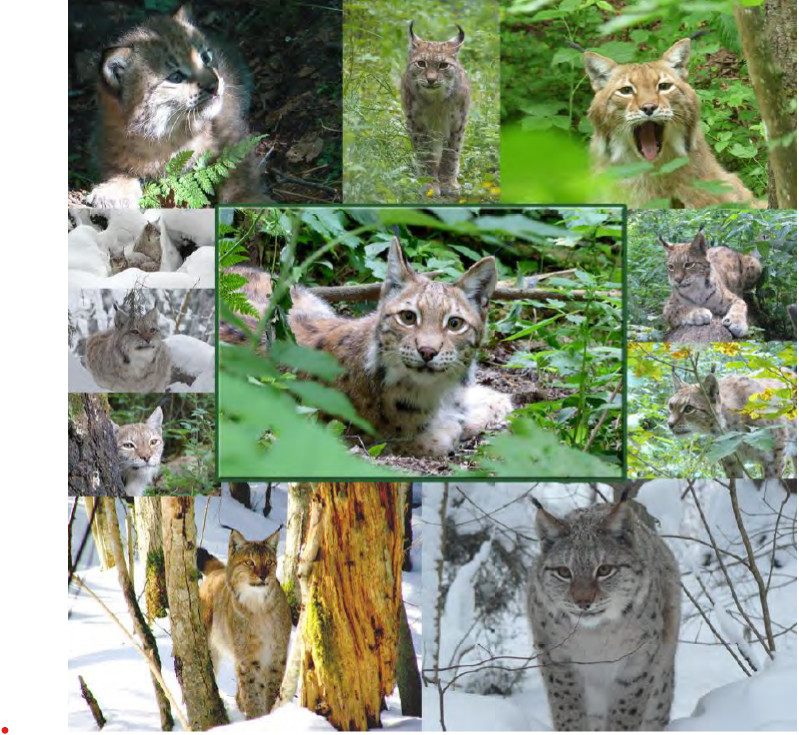 There are quite a few hunters in the Saeima, and for them, a lynx is, firstly, a competitor for prey, and secondly, a beautiful trophy. All questions concerning state hunting management are very sensitive issues in the Parliament.

The petition is waiting in line in the committee

In the spring, receiving an initiative signed by more than ten thousand Latvian citizens to ban lynx hunting, first it was stuck in the Mandate, Ethics and Submissions Committee for a long time. It was then reviewed multiple times in the Saeima sittings, causing a fiery discussion in which practically everyone had something to say. The discussion also went to some extremes, saying that the lynx is a perfect killing machine, that lynx hunting teaches young people to defend the country, and that lynx must be caught and sold abroad alive. In the end, with an overwhelming majority, these hunting experts decided to hand over the initiative to the Saeima Economic, Agricultural, Environmental and Regional Policy Committee, where it has been stuck for six months without further progress. The head of the committee, Krišjānis Feldmans, is not a hunter himself, he has no personal opinion on the issue of lynx hunting, and accordingly this collective application will be on the committee's agenda after other important issues are settled, such as energy issues and port reform. Currently, the Hunting Law is open in the 3rd reading in the Saeima, but it is not planned to restrict anything in it. On the contrary, in order to reduce the damage caused by game animals, it is planned to expand both hunting areas and the range of game gear.

Shot because we really want to

For lynx, the situation is not simple. It is a protected animal in the European Union, it does not do any real damage to the economy, it does not endanger people. In fact, one who has seen a lynx in nature can consider himself a lucky one. The species would be perfectly self-regulating, if not for people attempting to regulate it. Lynx hunting is banned in most European countries. Apart from Latvia, only Sweden and Finland allow it, but hunting limits are significantly lower there. In Latvia, they are definitely much freer - 100 to 150 lynxes can be shot per season. Lithuanians and Estonians have been unhappy with Latvia about lynx hunting for a long time because they protect this species in accordance with European Union directives - by not shooting. And the neighbors are not satisfied with Latvia's argument as to why they should be shot. Neatkarīgā has already explained that, according to the current position of the hunting management supervisors, “Lynx should be shot because they are pretty and we have such a tradition.”

A year ago, during the audit of the state hunting management, the State Audit Office asked a rhetorical question: "Do we manage the specially protected species - lynx - with foresight?" And the answer was no. It is not possible to manage something with foresight if you do not even know how big this group is. The audit confirmed the long-standing suspicion that lynx population statistics are being inflated and that the condition of the species is in fact worse.

The species will change manager

According to the data of the State Forest Service for 2018, at the end of the hunting season in Latvia 1578 lynxes were counted. An expert invited to the audit estimated the actual number of lynxes to be three times lower - 450 to 650. In turn, the data of the special monitoring of the Forest Science Institute Silava show even eight times smaller number. Only 190! And another paradox. Proponents of lynx hunting cite monitoring the status of the species as an argument in favor of hunting.

Lynx must be hunted for monitoring, so we could determine if lynx can be hunted.

The State Audit Office did not directly state that lynx hunting should be stopped, but recommended that the management of this protected species be transferred to the Nature Protection Board. To use only scientifically based data for species assessment. And to make decisions by assessing all the provisions of the EU Habitats Directive.

It is quite likely that as institutional jurisdictions change, so will the national attitude toward this species. Hunting pressure will be significantly reduced or, more likely, lynx hunting will be banned altogether. Gita Strode, Head of the Nature Protection Department of the Board, confirmed to Neatkarīgā that the lynx will become a protected and non-huntable species. The Ministry is already developing relevant regulations for the lynx to come under the jurisdiction of the Nature Protection Board.

The ruined bears are still fine

The Ministry of the Environment is preparing for Neatkarīgā a more detailed explanation of its plans. Meanwhile, the Ministry of Agriculture, which currently manages the lynx population, is uneasy about the actions of its colleagues and does not consider that the issue has already been decided. Jānis Bārs, an employee of the Forest Resources and Hunting Department, reminds that the initiative regarding the ban on lynx hunting is in the Saeima, so the legislator, not the executive, should formulate its position first. From this point of view, the Ministry of the Environment is currently acting on its own. Concerning hunting itself, the position of the Ministry of Agriculture has not changed - it is necessary for the purposes of both population management and scientific research. In addition, sooner or later Latvia will have to decide on the hunting of another protected predator species. As shown by the events in Valka region, the brown bears in Latvia are here to stay. Estonians are already hunting them, we will also have to.

The two teenage bears who have been terrorizing the inhabitants of Zvārtava and Vijciems parishes for a couple of weeks are still alive. Valka Mayor Vents Armands Krauklis says that the open herding hunt at the weekend has made the bears spooked. The shots sounded everywhere, and hopefully, both beasts have learned something from this and will no longer want to approach people. Otherwise, they will face the same fate as other members in the forest - deer, elk, wild boar, wolves and, for the time being, lynx.