Last weekend, the unstoppable flow of Covid news was easily overshadowed by the latest global "exposure" of corruption or the so-called Pandora Papers.
06.10.2021. JPJuris Paiders 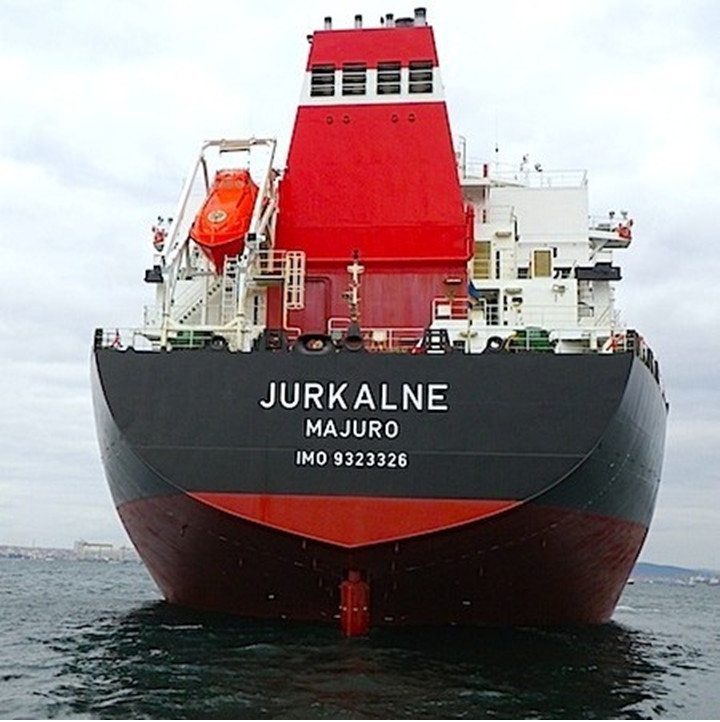 Cheap flag. Even when JSC Latvijas kuģniecība had the status of a state-owned company, its tankers were registered in low-tax countries. The place of registration of the ship Jūrkalne was not Riga, but Majuro - the capital of the Marshall Islands. ©a/s Latvijas Kuģniecība

However, the news that, according to the interpretation of the Pandora Papers, the King of Jordan is practically the most corrupt politician in the world, created reasonable suspicions that the leaked papers did not contain information about the world's biggest corrupters, but some not-very-important information about the transactions of the leaders of some marginalized countries.

Pandora Papers leak included 11.9 million documents from more than a dozen global financial services companies. The study of the papers was coordinated by the International Consortium of Investigative Journalists (650 journalists). It emerged from the documents that some 35 current or former Heads of State and Government had dealings with offshore companies. The global news coverage revealed the possible involvement of Russian President Vladimir Putin in clandestine transactions in Monaco, the possible involvement of Czech Prime Minister Andrei Babich in two offshore investment companies used to buy two properties in France, and the sensational news that King Abdullah of Jordan secretly bought properties in Britain and the United States for approximately 80 million euros. The possible transactions of relatives of Azerbaijani and Kenyan leaders involving offshore companies were less highlighted.

Even the members of the Consortium themselves were forced to admit that in most cases not only were some things found not to be criminal, but the transactions in question were even legal. The fact of the matter is that in most countries of the world there is no explicit ban on setting up or using companies established in low-tax areas. On the contrary, in certain circumstances, the registration of companies in a low-tax area is a rational and even advisable form of business.

When setting up a multinational company involving investors from many countries with different tax regimes (for example, a transport company involving investors from France, Brazil, South Africa and Qatar), the place of establishment of the company must be chosen. Before that, the question to be answered is whether it is fair that high taxes will be paid only in the country of one investor (reducing the share of profits of other investors). On the other hand, if a transport company is engaged in freight transport between Africa, Latin America and Asia, the ships belonging to such a company will generally be in international or neutral waters most of the time and will only occasionally visit one of the Atlantic or Indian coastal ports. It is for precisely such cases that low-tax areas offer their registration services. There are very simplified tax regimes in several countries around the world, including Malta, an EU Member State, and elsewhere. In the maritime freight sector, 40% of the world's cargo tonnage is registered in only three countries: Panama, Liberia and the Marshall Islands. There is fierce competition for customers between these territories. Therefore, the leak implemented in 2016, the Panama Papers, is interpreted as part of the competition between the US-backed low-tax country, the Marshall Islands, and Panama. It should be recalled that the Marshall Islands are in a Compact of Free Association with the United States. Panama lost in this fight, as offshore clients after the massive leak of documents massively re-registered from Panama to… the Marshall Islands.

Thus, it can be suspected that

many large-scale document leaks are just how competition is done at the global business level.

The interpretation of Pandora Papers that the King of Jordan is the most corrupt or one of the most corrupt politicians in the world caused a lot of laughter and also questions about the competence of the members of the Consortium of Journalists. Jordan is a monarchy.

The King of Jordan is a monarch. How he spends his savings and income is up to him. If he secretly buys real estate in England for his family, then one must really have a screw loose to see corruption or money laundering here. The monarch rules the country in a region threatened by constant coups and the Arab Spring, with large neighbors financing terrorists and Islamic extremists. If a monarch secretly prepares refuge for himself and his family in the event of a revolution or coup, then only an absolute idiot can call it corruption or money laundering.

Let's close this Pandora's box and wait for the documents on the corruption of global pharmaceutical giants to be leaked.

Transactions between governments in almost all countries and vaccine manufacturers are worth tens of billions. Against the backdrop of Covid corruption, the King of Jordan purchasing a home in England for 80 million looks like loose change.