Kariņš and Pavļuts have completely failed the assigned work, so scapegoats must be quickly found

With the onset of autumn, the number of people with Covid has risen sharply. Just like last fall. A year has passed (hopefully with intensive work) and now we should evaluate what has been done.
07.10.2021. BLBens Latkovskis 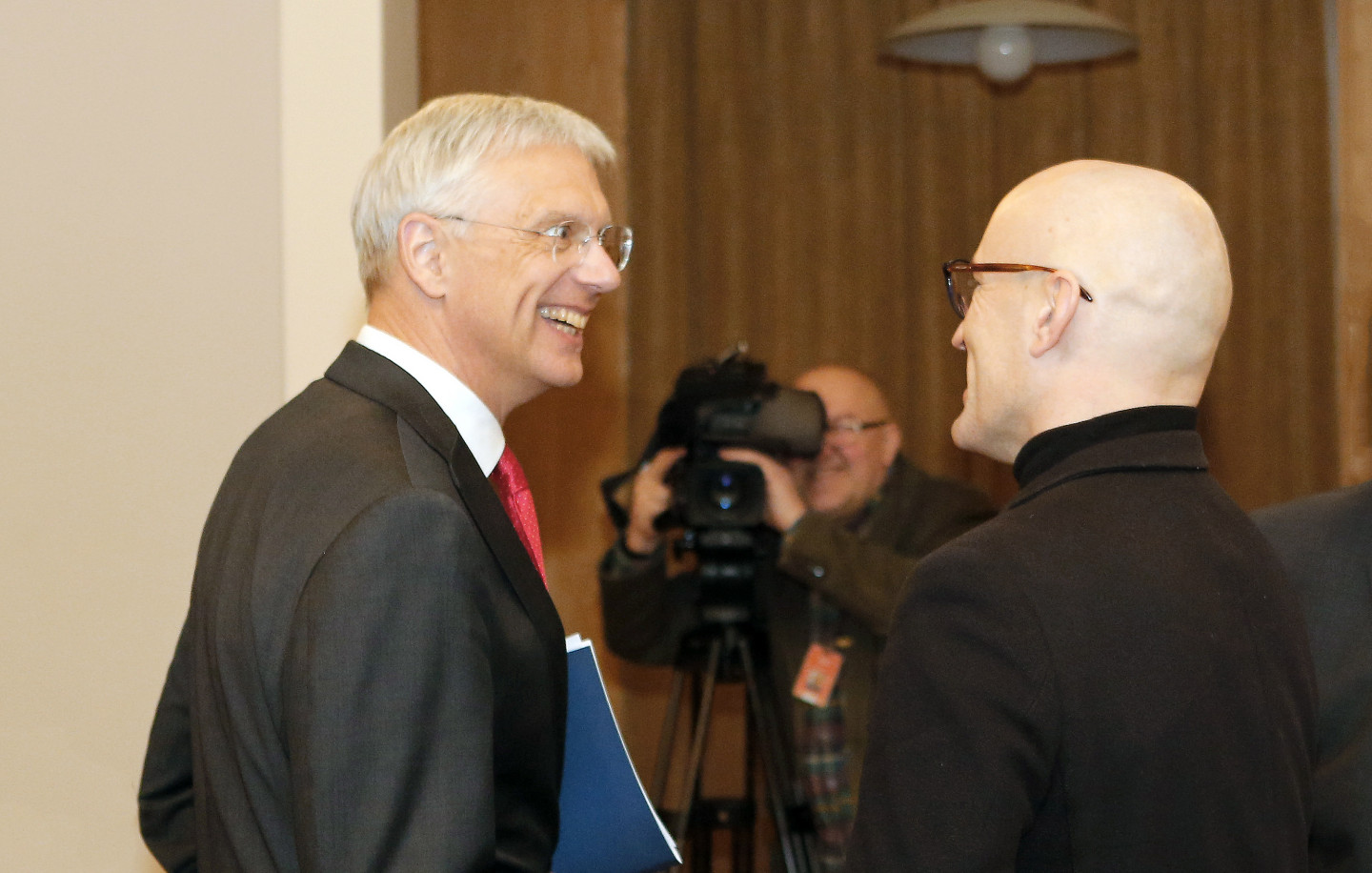 A year is long enough to do a lot. In China and elsewhere, whole hospitals were built in literally weeks. Here, too, a lot could be done if not in a few weeks, then in a whole year. All the more so because "there is now more money than there has ever been before". However, as the Minister of Health Daniels Pavļuts and the Head of the Government Krišjānis Kariņš speak very little about what has been done, and are more concerned with searching for and pointing out scapegoats, we will try to do it for them.

First of all, a quote from the official website of the Cabinet of Ministers. The entry is dated January 5, 2021. So it records the situation two days before Pavļuts took office as Minister of Health on January 7. “On January 5, 1,180 Covid-19 patients were treated in hospitals, 68 of whom had a severe course of the disease. At the same time, in several hospitals, the load on beds for these patients exceeds 90%. In addition, the number of inpatient Covid-19 patients is projected to continue to increase significantly.”

At this point, let's stop quoting and reflect on what we've read. At the beginning of the year, when the first serious wave of the pandemic in Latvia was just gaining momentum, 1,180 Covid patients were being treated in hospitals. Now, according to the latest available data (2/10), the number is 528. So twice fewer, but Liene Cipule, the head of the Emergency Medical Service, tells TV3 in the morning program “900 seconds” that the situation is critical and queues are forming at hospitals.

I just want to ask - how? Currently, there are twice fewer stationary patients than in January, but queues are forming now. Ten months have passed and it turns out that the capacity of hospitals has not increased, but rather decreased. You can say whatever you want, but if there are twice as few patients, but there are queues that were not in January, the situation has worsened. Despite the huge amount of money spent.

Let's continue to quote the January 5 entry: “One solution is to create extra beds for Covid-19 patients. The government provided an additional 1.99 million euros to re-profile 462 beds for Covid-19 patients, as well as to create 124 new beds and equip them with the necessary medical equipment and facilities.” Please note that already in January, the main direction of solving the problem was determined - the creation of extra beds. Moreover, at that time no one shouted that for these trivial two million we can only buy three (!!!) beds, as we would have heard now when the cost of each bed has skyrocketed and reached the famous 666 thousand euros.

In January, when the "more money than there has ever been before" principle had not yet reached everyone, it was estimated that 1.99 million would be enough to "re-profile 462 beds for Covid-19 patients, as well as to create 124 new beds and equip them with the necessary medical equipment and facilities." I would like to draw your attention to the fact that we are not only talking about the beds themselves, but also about the medical equipment and facilities that come with them. But as soon as, quoting Gobzems, "consumers and robbers of the three billion" took up the case, the cost of one bed rose to astronomical proportions.

Let's read further: “In addition, an additional 9.35 million euros have been allocated for the purchase and replacement of medical equipment and devices, as well as for the purchase of disinfectants. 389 thousand euros have been allocated to create 50 beds for the treatment of Covid-19 patients in Riga 1st Hospital. It is planned to transfer Covid-19 patients who would have received initial treatment in university hospitals to there.”

Thus, another 10 million has been allocated for the purchase of various medical equipment, which is intended to strengthen the general health care system. Very good. However, the most important figure in this paragraph is 389 thousand, which is allocated for the establishment of 50 beds in Riga 1st Hospital. It is this amount divided by 50 that should be considered reasonable for setting up a single hospital bed in "normal" conditions, with no "robbers of the three billion" and no "more money than there has ever been before" atmosphere in government. Namely, 7,780 euros per bed. It is unlikely that the "robbers of the three billion" would be prepared to provide even a footstool to hospitals for such an amount.

If the situation is now critical at twice fewer Covid patients hospitalized than in January and "queues are forming at hospitals", then it is quite clear that the real work has been completely thwarted. The facts are indisputable. In ten months, the amount of money allocated to strengthening the capacity of the health system has increased eightfold. From 11.4 million euros in January to 87 million euros in September. However, despite this generous increase in funding, a critical situation and "queues at hospitals" are emerging at a time when the number of inpatients is twice as low as in January.

These are the consequences of Pavļuts' absolute incompetence. He, being an amateur in the industry, placed the whole bet on one square - vaccinations, but the health care system is not a roulette table where the ball falls on one square. Rather, it is like a vast field that needs to be tended. However, this task proved too difficult for Pavļuts. Therefore, if Pavļuts were an honorable man, he would apologize to the people and resign, but once there was a similar situation. After the tragedy of Zolitūde, when Pavļuts was at the head of the Ministry of Economy responsible for the construction industry, he already had the opportunity to confirm his status as a man of honor. He missed that opportunity then and it is hard to believe that it will be different this time. As always, everyone else will be to blame, just not himself. Exactly the same and even more so applies to his ideological twin brother - Kariņš, who is a particularly zealous finder of various scapegoats. Both are the same. Meanwhile, queues are forming at hospitals. Because of both of these amateurs.