The feast continues. The "thieves of 3 billion" will live it up for another three months

The main decision taken by the Crisis Management Council in the black of the night and accepted by the government is, of course, not about changing store opening hours, banning children's out-of-school clubs and watching theater performances in half-empty halls with covered faces. All this is the usual veil of smoke, behind which is the usual routine - the acquisition of money, which is more than there has ever been before.
11.10.2021. BLBens Latkovskis 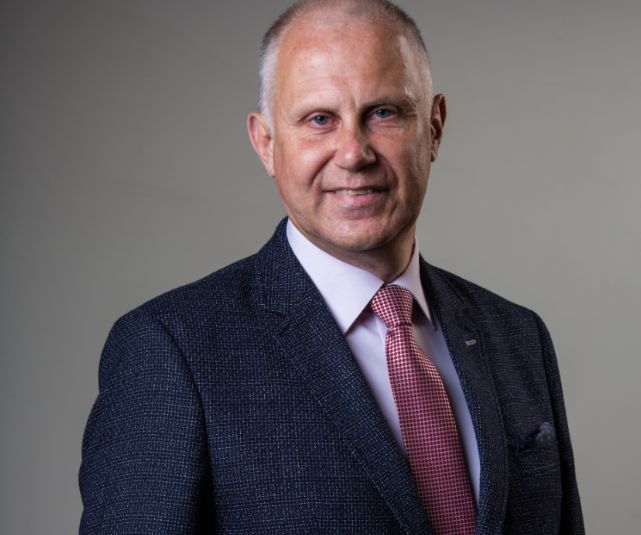 I once read a serious study on the causes of family disputes. The first three were: in third place - disputes over the upbringing of children; in the second place - disputes because of jealousy and related problems, but in the first place by a lot (more than all other reasons for disputes together, if my memory is not wrong - over 70%) were disputes about money, its acquisition, use, distribution, etc.

It is not for nothing that I mention this study. In other areas as well, not just the family, the main disputes are about money. Thus, in the end, the reason for almost any conflict situation turns out to be money, no matter how remote it may seem at first. So it is this time too. Therefore, let's look at the new government decisions in three aspects - economic, political and medical.

The main result of this Thursday night's show is the declaration of a state of emergency for three months. Everyone is satisfied. Firstly, medical staff, because this means that the bonuses to which those working in this field are already accustomed will be maintained. Although I wrote "firstly", it is not the doctors who are the main cares of the political class. Politicians think about their well-being only in the context of electoral ratings. How it will look like and what the public will say.

More important is the question of how the politically close money-users, or, in Gobzems' words, the "thieves of three billion" who are the economic base of this political elite, will feel. Any decisions are made with their best interests in mind. All other national, public or humanitarian interests come only after that. They are secondary. Those with the sharpest claws eat the prey first, the others quench their hunger with what is left. This primitive law of the jungle has not disappeared anywhere. It was only more carefully disguised with a thin veil of polite behavior as civilization developed.

This is how this case of Covid restrictions looks in economic terms. The political aspect, which already borders on the quasi-religious, is the one that is closer to the surface, about which there is a lot of anger in the public space. About all these restrictions, face shields, vaccinations and segregation - who can do what and who will have a harder time. Unfortunately, the medical epidemiological aspect is in last place. But we will look at it before the political one.

"The occupancy rate of Stradiņš Hospital was 93% yesterday, the reserves are small, elective procedures will most likely be reduced by 20-30%, each case will be assessed separately," Rinalds Muciņš, Chairman of the Board, reported on Friday morning in the TV3 program "900 seconds".

In other, normal circumstances, such a statement would be a political death sentence for the Minister of Health Daniels Pavļuts. If nothing has been done in ten months in one of the country's two largest hospitals that with a relatively small number of Covid inpatients (there were up to 1,500 Covid patients in the hospitals this winter, now (8/10) it's only 707) they would have to say that "the reserves are small" then it is nothing more than presenting the absolute inability of the Minister of Health.

This would be the case under normal circumstances, where the main criteria for evaluating the Minister's work was medical. However, in the current context of wars between quasi-religious beliefs, the medical aspect has become insignificant. The political aspect comes to the fore.

Warlords of the quasi-religious fanatics like Pavļuts have gained complete immunity as long as they hold fast to their positions of faith. Pavļuts is not the Minister of Health in these wars, but the political leader of a certain group of fanatics. This group, like its leader Pavļuts, think of nothing but vaccination and the fight against the enemies of their faith - the anti-vaxxers. They are literally obsessed, to say the least, with this fight.

As Prime Minister Krišjānis Kariņš has also joined this group, all crisis prevention decisions are permeated by a central idea - all the emphasis is on vaccination.

It is not the spread of the virus that should be limited, but the ability of unvaccinated people to live normally. Their lives must be made as unbearable as possible.

This idea is easily sold to the Kariņš/Pavļuts electorate, so there will be no punishment to Pavļuts for having done nothing in ten months so that hospital managers would not have to say that the reserves are small. He is the leader of the vaccine crusade, and his faithful church stands with him.

In politics, one of the basic questions is always - who is to blame? There are two possible answers to this situation. The Kariņš/Pavļuts' followers say that the unvaccinated are responsible, while those who are not in this sect of Covid hysterics say that it is the two "warlords" who are to blame - Kariņš and Pavļuts, who have done nothing to avoid a situation where "the reserves are small".

The problem from the nation's point of view is that the political situation is such that it is good for everyone to sit in their trenches and continue these political games, which are very far from the real pandemic. Today, more and more evidence shows that the virus lives its own life, independent of human actions, and no one really knows and understands the algorithm of the spread of the virus. An article in the extremely influential New York Times has just been published, which has been popularized on Latvian social networks by the well-known economist Jānis Ošlejs. This article indicates that the spread of Covid occurs in waves. For two to three months, the prevalence increases until the peak is reached, followed by a decline. "Changes in human behavior have little effect on these Covid waves," the publication said.

Latvia reached 100 cases a day, the beginning of a wave, on August 14, so the peak of the wave will be in the coming weeks, after which a fall is expected. Most likely, regardless of what was decided on Thursday night. Perhaps that is why stricter restrictions have not been adopted for so long. So that it doesn't look like they're not having any effect. But now, in a few weeks, when the climax is over, they will be able to say - you see, our "decisive" action has saved hundreds of lives. That's politics, and it will remain so. Everyone will still be able to think that they are right, as always, but life will not change much from it. Meanwhile, the feast for the "thieves of three billion" will continue.