Those who celebrate the occupation of Riga fabricate history and theft

The Russian embassy has submitted a note to the Latvian Ministry of Foreign Affairs about a supposedly stolen memorial plaque to the Red Army, which created a major scandal in the Russian media, but eventually it was revealed that the plaque was in restoration and the embassy was informed about it. Russia is trying to discredit Latvia by any means, by distorting history and also blatantly lying.
11.10.2021. Imants Vīksne 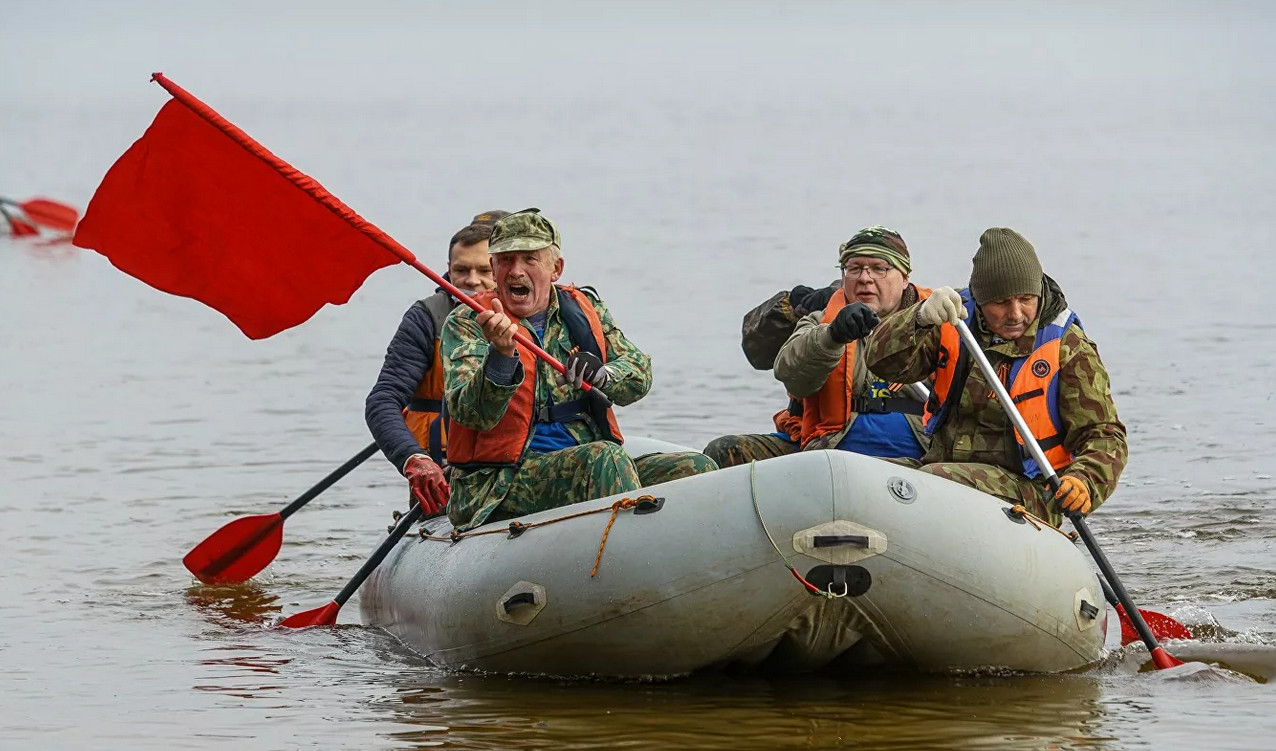 Every autumn, the Russian Embassy, ​​in cooperation with local pro-Kremlin organizations, organizes celebrations of the occupation of Latvian cities, which they consider to be liberation, and on October 16 it will be the turn of Riga's "liberation", keeping alive the Soviet-era fairy tale about storming lake Ķīšezers. No heroic landing operation under the hail of fascist bullets in October 1944 took place in Ķīšezers. Historians are well aware of this episode at the end of the war. The Soviet occupation forces did cross the lake in amphibians from Jaunciems, but the German forces were retreating in the direction of Kurzeme at that time and were already in Pārdaugava. However, the tale of the heroic storming of Ķīšezers, under the bullets of German fascist invaders, is more suitable for the celebration of the "liberation" of Riga, and this tale is also written on a memorial stone in Jaunciems, on the shore of Ķīšezers.

This plaque has just become the central object of an information operation staged by the Russian Embassy. 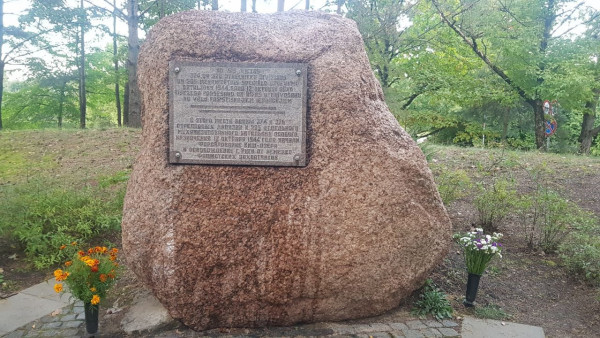 It all started as a curious misunderstanding that the "anti-fascists" would have had better keep quiet about, but the Russian embassy also used this event to slander Latvia. At the beginning of September, the Russian propaganda media and their derivatives reported on the Internet the "desecration of the memorial stone", the "cowardly theft" and the "shameful blasphemy" happening in Latvia. A memorial plaque with an explanatory text had been stolen from the memorial stone to the Red Army. In connection with the disappearance of the plaque, the party Latvian Russian Union (Latvijas Krievu savienība) and the association Latvian Anti-Nazi Committee - two organizations hostile to the Latvian state - issued a loud statement: "The theft of the plaque is a shameful act of vandalism and ridicule of Red Army soldiers." The plaque will be restored, because "it is our duty to remind thanks to whom we - Russian Latvians - are alive today." With exactly this wording - Russian Latvians. The Embassy of the Russian Federation then submitted a note to the Latvian Ministry of Foreign Affairs, which was, of course, widely quoted by the pro-Kremlin media, including Sputnik:

"We view this move as a shameful blasphemy on the memory of those who fought and gave their lives to free Latvia from the brown plague." At present, the embassy's statement about the submitted note has been removed from the web, but, of course, not because Russia has been ashamed since the Soviets replaced the brown plague with the red plague and occupied Latvia for many decades. The truth about the plaque incident is much more prosaic.

The Kremlin will not rescind the lies

The plaque was not stolen at all, it was undergoing restoration. This was confirmed to Neatkarīgā by both the Latvian Ministry of Foreign Affairs and the Latvian Russian Union. Here is the explanation sent by the Ministry:

The ministry could have also chosen not to respond to the note, as the embassy had already been informed at the time that the plaque had not been stolen. Miroslavs Mitrofanovs, a representative of the Latvian Russian Union, told this to Neatkarīgā. He does not call the scandal a malicious act, but a failure in communication. The only problem is that no one in the Russian media will write about this failure and the nonsense that has already been written will not be rescinded. The only message left is that the Nazis in the ungrateful Latvia again blasphemed the memory of the liberators.

The memorial plaque with the fictional historical event was bolted to the stone with steel screws. The screws rusted. The plaque fell and broke into three parts. Someone told the Riga Monument Agency about it, the agency took the plaque to be fixed. Someone else told the Russian embassy that the plaque was no longer in place, and the embassy made a fuss. Miroslavs Mitrofanovs says that the Monument Agency should have announced that they were having the plaque repaired. Then the scandal wouldn't have happened. But you can't undo what has been done.

Now the plaque has been put back in place and again tells the heroic tale fabricated by the Soviet occupation authorities about the "liberation" of Riga. This Saturday, the celebrants of the occupation of Latvia, together with the employees of the Russian Embassy, will gather again for the reconstruction of the storming of Ķīšezers and dream of the times when Latvia was under the rule of the red plague.