First off, two things. First: a person feels the greatest injustice and resentment when according to some common criteria something is given to others, but not to him. Second: only someone who is morally twisted is ready to punish and abuse the elderly, for whatever reason.
13.10.2021. BLBens Latkovskis 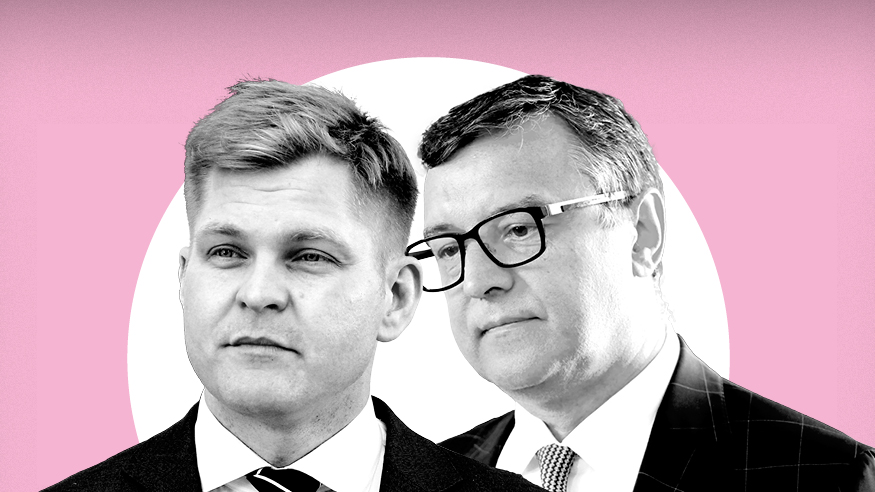 All over the world, not only here in Latvia, energy resources have become much more expensive. Winter is coming, there are all these bills for heat, for electricity, and in this situation, the government (initially Reirs and Eglītis) had the idea to give seniors 20 euros a month in compensation for expensive energy resources. One would think - what a humane, sensible decision, but it's not even close to that. It turns out that compensation will not be given to all needy elderly people. Some will receive these 20 euros, but others will not. Moreover, this division will not be linked to prosperity, which might have been understandable. Only those who are considered by the government to be "their people" will receive 20 euros. Namely, those who are vaccinated, while the unvaccinated will get nothing.

Probably to the authors of this plan, who are well-off and vaccinated, it seemed like a great idea - a material incentive for older people to get vaccinated. But in fact, it is an extremely cruel blow to the elderly, for whom life is not easy even without this. The ease with which this inhumane move by Kariņš's government was taken shows that many simply do not understand where the absurdity of this proposal lies. Let me explain.

It is no secret that the elderly sometimes have peculiar views of the surrounding reality. We could say they have a differing view on things from how they might look from the sidelines. Moreover, they are firm, not to say stubborn, and convinced that it is really exactly how they see it, not the way others are trying to tell them. These are all peculiarities of the elderly. For some, they are more pronounced, for others less.

Given the special sensitivity of older people to everything related to health and their very real vulnerability in this matter, everything related to it is ten times more sensitive and subject to the already mentioned peculiar views. It is simply despicable to punish an old person for not perceiving their surroundings "correctly" as would those in high positions. If an elderly person is convinced that the vaccine is dangerous and can harm him, then by not giving him 20 euros to pay for the rising bills, but giving them to a neighbor, the only effect will be this elderly person's resentment, anger, prolonged increase in blood pressure and ultimately increased risk of health problems.

Mortality increased rapidly in Latvia and other post-Soviet countries in the 1990s. Moreover, the availability and level of medical services did not differ much significantly from the late Soviet era. However, the level of social security decreased significantly. The elderly suddenly became endangered from all sides. Up until then, they were carefree and relatively well-off retirees, but suddenly they had to start counting every penny and were threatened with eviction from the apartment they had lived in for decades because of difficulties in paying for heat or because the building suddenly had a bad owner. This social uncertainty caused a great deal of stress in people, but if it was possible for a person of working age to overcome this stress in a reasonable way, then the pensioner was left to rely only on his stable mental state. However stable it was for each person. People with lower stress tolerance were the main, so to speak, reasons for the increase in mortality rates.

What could be the consequences of this decision by Kariņš's government? The most offensive part of this proposal for the elderly is the link between these 20 euros and the compensation for the increase in energy prices that everyone is facing. If 20 (or 100) euros were paid just for vaccination, then it would be much easier for those who are principally opponents of vaccination to accept it, because it seems to fit into the existing rules of the game. However, linking energy price compensation to vaccination already goes beyond these rules. Now it is a dishonest game that causes enormous resentment and stress. It's a stab in the back. With all the consequences that have been discussed above. But it is already a trademark of the Kariņš's government - whatever you do, everything comes out skewed and wrong, offensive to people.