Chaos in the Russian Embassy due to the change of ambassador

The behavior of the Embassy of the Russian Federation in Latvia has been chaotic and unpredictable for several months now due to the prosaic reason that the process of changing the ambassador is still underway. Therefore, an erroneous note has been sent to Latvia about the vandalism of the monuments that didn't really happen, and the remains of the Red Army General Yakunin are still sitting in the Madona morgue.
13.10.2021. Imants Vīksne 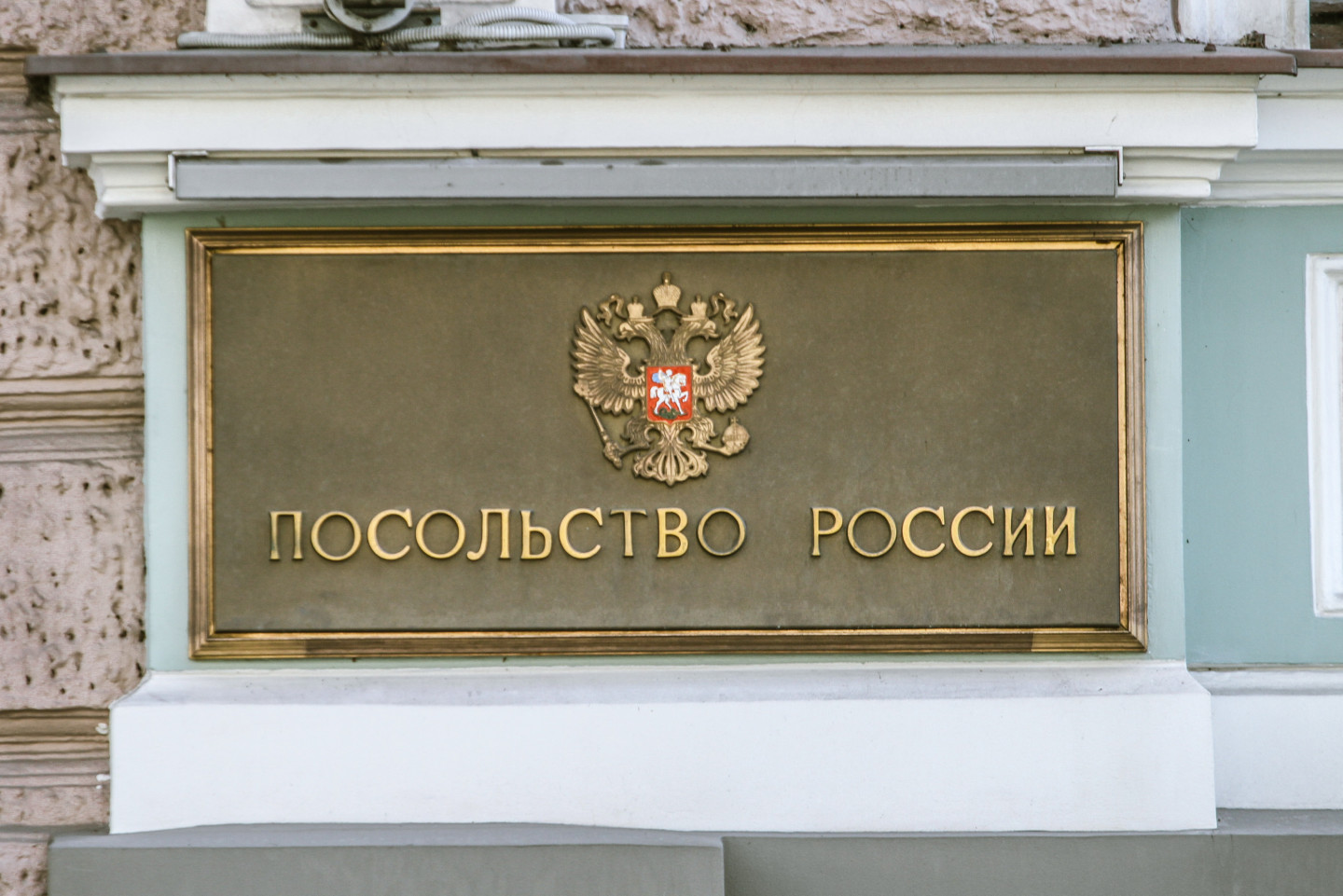 On the Embassy's website, clicking on the "Ambassador" link will display a message stating that such a page no longer exists, and the same error is shown when trying to access the "Ambassador's Address" menu. In March this year, the former Ambassador of the Russian Federation to Latvia, Yevgeny Lukyanov, was confirmed as the Russian Ambassador to Belarus. He has left and the embassy is lead by the Chargé d'Affaires Vadim Vasilyev. Although it is more accurate to say - is not lead. This is evidenced by the confusing and erroneous actions in the field of monument propaganda carefully maintained by the former Ambassador Lukyanov. Neatkarīgā has already reported that "the Russian Embassy fabricated an act of vandalism." It sent to Latvia a note about the theft of a memorial plaque to the Red Army in Riga. Created a major scandal in the Russian media, but later removed this statement from social networks as if nothing had happened. Of course, there was no apology for the slander and the false information was not withdrawn. Because there isn't really anyone to undo that nonsense.

Not when, but where

The new ambassador to Latvia has been appointed by order of the President of Russia only on September 28. It's the Russian diplomat Mikhail Vanin. Until 2018, he was Ambassador to Denmark. He has not yet arrived in Latvia. News and quotes on the Internet show that he cannot stand his new place of work, Latvia. However, it is clear that his first job will be to solve the question of what to do with the remains of the Red Army General Nikolai Yakunin in the morgue of Madona Hospital. In August, he was exhumed from the burial place in front of Madona Secondary School, prepared for reburial in the Red Army Cemetery. In September, a new monument with an incorrect inscription in Latvian was erected in the cemetery, a tomb was dug at its foot, but at the last moment, the Russian embassy canceled the ceremony. In response to a question from Neatkarīgā, the embassy succinctly explains that “The date of N. Yakunin's reburial in Madona has not yet been determined." But in reality, the more important question is not when, but where. Neatkarīgā has already reported that it is likely that the remains of the important Red Army general will be transferred to Russia and buried there, where a relative of Yakunin has applied.

Explanation of the Brethren Cemetery Committee

An explanation of the situation has also been provided to Neatkarīgā by the Brethren Cemetery Committee, an organization authorized by the Latvian side for the burial of soldiers and co-operation with Russia in these matters:

“27/09/2021. The Brethren Cemetery Committee, Madona Municipality and the Embassy of the Russian Federation received (presumably also inspired by some Latvian public organizations) a message from N. Yakunin's cousin's grandson that he wanted to bury the exhumed remains of Major General N. Yakunin in the Orenburg region. As the reburial of exhumed war victims remains under the provisions of the 2008 Latvian-Russian Intergovernmental Agreement on the Status of Burial Sites of War and Repression Victims and the reburial of exhumed victims of war takes place in accordance with the coordinated action of the contracting parties, the Brethren Cemetery Committee has taken note of Russia's wish to clarify the claim of Yakunin's relatives and postpone the reburial of Yakunin's remains in Madona, Parka Street, until further clarification of the situation. The Brethren Cemetery Committee will put forward its own model for resolving the situation in the light of Russia's public views and options for resolving the problem (whether Yakunin's distant relative's application is being complied with or whether the remains are reburied in Soviet Brethren Cemetery in Madona)." This is what Arnis Āboltiņš, the chairman of the committee, wrote to Neatkarīgā.

What really happened in Russia

Tālis Ešmits, the head of the fallen soldiers' search unit "Leģenda", could talk about this in more detail. He led Yakunin's exhumation. Actually, the general's relative has appeared because the search unit system in Russia got interested in this story. The usual procedure for reburial is that relatives are first invited to apply by an advertisement in the official government gazette. Of course, even in Russia, people do not read government gazettes, no one follows up on the statement, and therefore it is automatically assumed that there are no relatives. However, when the searchers became interested in the remarkable Red Army general, it turned out that there was a relative and he wanted to bury his remarkable ancestor in the homeland. The municipality of Madona has already given a conceptual agreement that Yakunin's remains can be taken away, and the Orenburg administration has agreed to accept them for burial. Only the Kremlin is lagging behind in giving the green light because it is necessary to verify the authenticity of a relative's relationship. Tālis Ešmits believes that from Latvia's point of view, this would be the best solution:

"Let them send that guy to Russia!"

Given the current slowness of diplomatic contacts between the two countries, this could at best take place around Christmas.

The pit excavated in Madona's Soviet soldiers' cemetery for Yakunin will be filled again, but this time the coffin will remain empty. The erected monument, on the other hand, is most likely to remain. With great foresight, Yakunin's name is not engraved on it. Thirty years after the end of the Soviet occupation, a new monument to the Red Occupation Army has been erected in Latvia.