Behind the beautiful advertisements about forest management, valuation and buying lies a harsh business with dizzying scams, according to documents received by the State Police (SP) from people who consider themselves victims.
14.10.2021. NNeatkarīgā 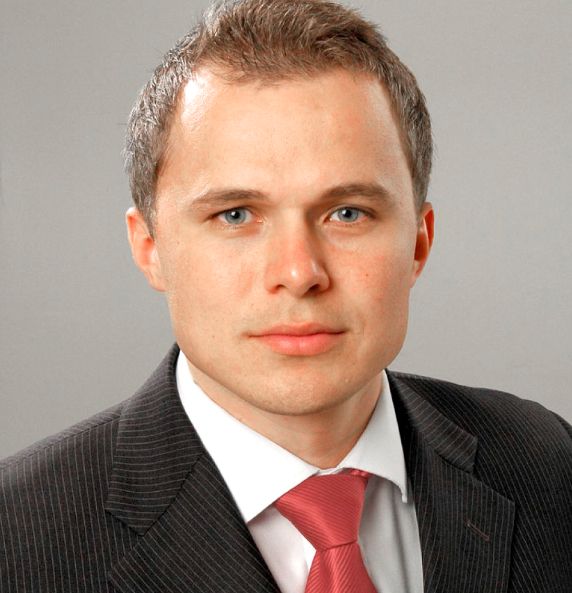 The State Police has received an application requesting to initiate criminal proceedings against the representatives of SIA Dizozols and people related to this company for possible fraud and misappropriation of funds. The document pays special attention to Guntars Galvanovskis, a businessman who is well-known in political circles ©Wikipedia

The Organized Crime Division of the Main Criminal Police Department of the State Police has received an application requesting to initiate criminal proceedings against the representatives of SIA Dizozols and people related to this company for possible fraud and misappropriation of funds. The document pays special attention to Guntars Galvanovskis, a businessman who is well-known in political circles.

Officials of SIA Dizozols, registered in Valmiera, and persons related to this company are accused of defrauding the company SIA FC Lapegle, registered in Raiskums Parish, Pārgauja Municipality, and its official Mariss Zariņš. The application to the SP, signed by M. Zariņš both as a private person and as a member of the board of SIA FC Lapegle, asks to initiate criminal proceedings and to recognize the entrepreneur and the company managed by him as victims. It is also requested to recognize the right to compensation - 536,961.84 euros for M. Zariņš, and 36,800.53 euros for SIA FC Lapegle.

The application describes that in the spring of 2017 between M. Zariņš and SIA Dizozols "long-term cooperation in the field of forest property valuation, acquisition and resale was established, within which SIA Dizozols is currently obliged to make a payment to Mariss Zariņš of a share of funds (profit) in the amount of at least EUR 536,961.84 from money earned as a result of joint cooperation. However, after the establishment of a joint property fund, resale of the properties included in it and receipt of funds (purchase fee) from the final buyer, SIA Dizozols currently not only avoids any communication with Mariss Zariņš and refuses to pay the funds, but completely denies the existence of any cooperation, deliberately hides documents confirming cooperation, refuses to provide information on the resale prices of properties purchased within the joint cooperation, volumes of sawn timber and their sales prices, and has closed Mariss Zariņš's access to jointly created and maintained data files. At the same time, SIA Dizozols has committed another independent criminal offense, which manifests itself in the misappropriation of funds of Mariss Zariņa and SIA FC Lapegle for the total amount of EUR 36,800.53.”

The document states that the members of SIA Dizozols are Juris Andžejevskis (19.80198%) and Kate Glika (80.19802%), its board consists of the chairman of the board Juris Andžejevskis and the board member Ingus Salmiņš. However, it is emphasized that in reality, the company is in the hands of another person: "Although Kate Glika is indicated in the Commercial Register as the majority member and the true beneficiary of SIA Dizozols, the actual member and true beneficiary under whose direct and immediate control the Board operates, is Guntars Galvanovskis (note: Kate Glika is the wife of Guntars Galvanovskis).”

Publicly available information suggests that G. Galvanovskis can be called an infamous businessman and politician. He became known to the general public both as a politician in the New Era Party (Jaunais laiks) later in the Zatlers' Reform Party (Zatlera Reformu partija), and as a member of the Valmiera City Council and the Saeima. The most significant events in his business career are related to the criminal investigation into possible credit fraud from the Valmiera branch of JSC PrivatBank, which was headed by G. Galvanovskis at that time: "Sources close to the investigation told Pietiek that Galvanovskis had long avoided testifying in the criminal proceedings and that it could lead to him being brought in by the police. "He should stop making excuses of being sick or busy with forming the party and come to testify," a source in the home affairs department said off the record. The information previously confirmed by Galvanovskis himself shows that he was not really in a hurry to testify last autumn, the portal pietiek.com reported in August 2011. It was also noted: "In recent months, it has been unofficially said that the police are not in a hurry to investigate the criminal proceedings, considering that Linda Mūrniece, a member of Galvanovskis' party at the time, was the Minister of the Interior."

In the summer of 2011, G. Galvanovskis' political career moved to the newly formed Zatlers' Reform Party, from which he, together with five other members of this party elected to the Saeima, resigned and left the newly formed party faction.

It's also worth noting how the basketball club Valmiera was driven to insolvency. In 2009, G. Galvanovskis became the president of this club. Initially, the club under the leadership of the new president achieved brilliant success, winning the title of Latvian Basketball League champion in 2016. However, already in 2018, the club began to be haunted by financial problems. In April 2019, the club was declared insolvent. Debts of more than 60,000 euros were identified. In ten years, Valmiera City Council had invested 800,000 euros in the club managed by G. Galvanovskis.

In March of this year, the newspaper Diena revealed G. Galvanovskis' connection with loans from the financing platform Crowdestor: "Since the summer of 2019, when the crowd financing platform Crowdestor was established, the all-time top borrower on the platform is Galvanovskis-owned SIA Beetroot Lab, for the benefit of which several fundraising projects have been implemented, creating a contract amount of approximately six million euros. .. The second borrower is SIA Dižozols Investments, which raises money to SIA Dizozols. Here, loans are promised lower interest rates. For example, 17% in one of the contracts. The total amount of loans to be received by SIA Dizozols is 2.7 million euros, of which one million has been repaid to borrowers, but the rest is guaranteed in contracts with land and forest properties. A group of investors has already sought legal assistance regarding the possibility of recovering the loans from the projects curated by SIA Dižozols Investments.” The data of the Register of Enterprises show that G. Galvanovskis is the 100% owner of this company. At the end of August this year, Latvia was shocked by the news that SIA Dižozols Investments had successfully implemented one of the largest investment attraction projects in the Baltics, attracting 2.77 million euros from more than 3,500 investors and returning 3.46 million euros through the crowdfunding platform Crowdestor, which provided a profit of 690,000 euros for investors. After this information, some observers wondered whether part of the returned amount was not the money from the fraud of which M. Zariņš complained in the application to the State Police.

Detailed information on G. Galvanovskis' successes and failures in politics and business can be found on the portal www.puaro.lv.