At the request of Aivars Lembergs, a case is initiated regarding the time for submitting an appeal

The Constitutional Court has initiated already the third case following an application from Aivars Lembergs. The application asks to assess the compliance of the norm of the Criminal Procedure Law regarding the period of time for submission of an appeal with the right to a fair court guaranteed in the first sentence of Article 92 of the Constitution.
15.10.2021. Uldis Dreiblats, Ritums Rozenbergs 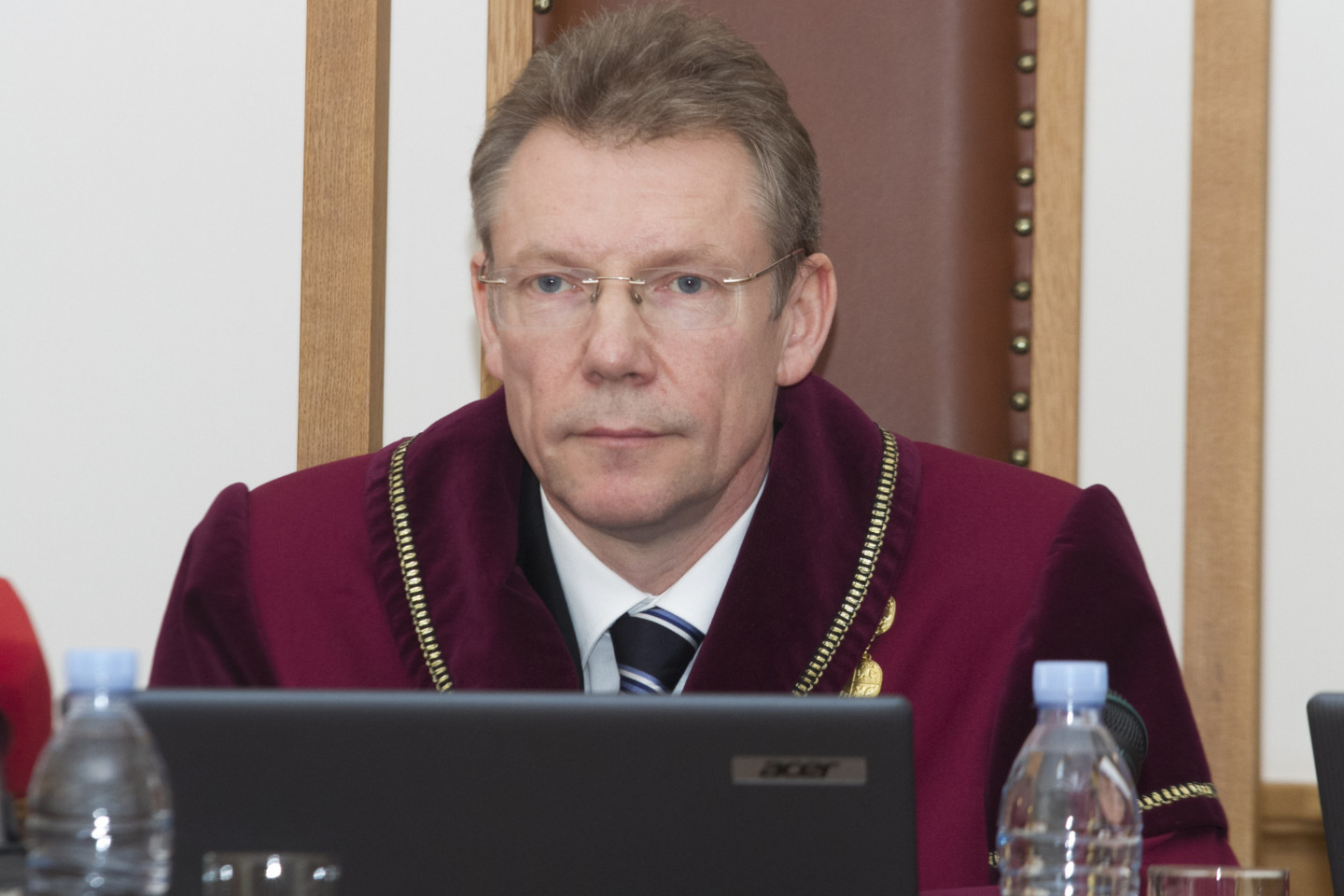 The Criminal Procedure Law stipulates that an appeal must be lodged within ten days. The court may extend this period by ten days in particularly complex and voluminous criminal cases.

22 years of investigation, 20 days for appeal

As stated in the application, such a norm of the law denies the right to a fair trial. In complex and voluminous criminal cases, 20 days to prepare an appeal is far too little. In the applicant's view, an appeal should be allowed to be made for as long as the court prepares a full judgment at first instance.

The submitter reminded that the impugned norms in the Criminal Procedure Law had been amended in 2007. In turn, Neatkarīgā reminds that at that time the Latvian state had formed a special “team of all-stars” to accuse A. Lembergs. It was coordinated by the then Prosecutor General Jānis Maizītis and the Director of the Constitution Protection Bureau (SAB) Jānis Kažociņš. As many as 16 prosecutors worked on the case. Numerous operatives from the SAB, KNAB and even the Military Intelligence Service tailed A. Lembergs' car, ran through the forests trying to figure out what A. Lembergs was doing there, and listened to telephone conversations between A. Lembergs and his acquaintances.

A. Lembergs' application to the Constitutional Court challenges the 20-day term for appealing a judgment, which “in particularly complex and voluminous criminal cases is objectively insufficient to prepare an appeal. The legislator has not indicated and, even from an objective point of view, it is not possible to find a reason why this term has been set for exactly 20 days.”

The application mentions as an example the criminal case named after Lembergs himself, which has been in the court of the first instance since August 1, 2008. The first hearing took place on February 16, 2009. It was considered for 12 years until February 22, 2021, when the abridged judgment was read. It took another four months to prepare a full judgment.

The document emphasizes that the application of a hasty, unclear and incompletely reasoned appeal only prolongs the time taken to process the case. "The submitter of the constitutional complaint considers that the Saeima was obliged to carefully assess the period of time for the appeal specified in the Criminal Procedure Law insofar as it relates to complex and voluminous criminal proceedings, including the time for filing an appeal in such cases," the document explains.

The application states that “only after receiving the full court judgment, the participants in a criminal case can get acquainted with its reasoning, understand the course of thought of the court, get acquainted with the justification provided by the court as to why the opinion of the state accusation or the accused has been upheld or rejected, to establish whether all the arguments of the state accusation and the accused have been evaluated."

The submitter of the constitutional complaint points out that holidays are also included within the term of 20 days for the application of an appeal. For example, the full text of the judgment in the Lembergs case was available on the afternoon of June 22, 2021. But there were public holidays in the country from June 23 to June 27. Thus, eleven working days were left to prepare an appeal, but in such a short time it is impossible to write a high-quality complaint in such a large criminal case: “After receiving the full judgment, it is not enough to read the reasoning part of the judgment in order to effectively carry out defense, it must also be analyzed in the light of the case file, which can be extremely voluminous in large cases, in this case, more than 300 volumes, as well as audio recordings of court hearings. The materials of the criminal case, even if they have been read before, need to be further examined by analyzing them in the context of the grounds of the judgment, it may be necessary to listen to audio recordings of court hearings and take other actions. In fact, the appeals were made only because the constitutional complainant himself worked on them without holidays, every hour and minute, whenever it was possible in prison. The submitter of the constitutional complaint had the opportunity to attract several sworn advocates - Māris Grudulis, Irina Kauke and Olga Hincenberga - who also worked without holidays and rest. However, it should be borne in mind that in other cases the accused may not have the means to hire several sworn advocates for the defense."

It is difficult to defend without money

The application reminds that in the particular case the constitutional complainant's property had been seized, therefore there was no access to the funds seized in bank accounts and due to sanctions imposed by the US Treasury Office of Foreign Assets Control, credit institutions had closed the applicant's bank accounts since December 2019. It is reminded that the accused may be in detention, as is the case. "It is not possible to keep copies of all the materials of a criminal case in prison, in this case - more than 300 volumes - or even just the most significant part of them. It is also not possible to fully prepare an appeal at the place of imprisonment, where neither a computer nor an Internet connection is available, nor are the regulatory enactments and court case law available in “paper” format in the remand prison. The submitter of the constitutional complaint asked the person conducting the criminal proceedings and the head of the Riga Central Prison to allow him to work with the materials of the criminal case at his permanent residence Vecupes in Puze Parish, Ventspils Municipality, but he was refused.”

The adversarial principle has been ignored

Since, according to the Criminal Procedure Law, criminal proceedings are based on the adversarial principle, which is implemented in a competition between the state prosecutors and the defense, the prosecution has disproportionately more resources than the defense.

For example, Lembergs criminal case was heard by a three-judge court of first instance. They can all take part in writing the reasoning part of the judgment. In addition, judges have assistants, secretaries, consultants, advisers: “In this particular case, the preparation of the full judgment in the panel of the Criminal Court of the Riga Regional Court took four months - from February 22 to June 22, 2021. As it took four months to prepare a full judgment, it would take at least as long for the parties to prepare an appeal or protest. .. Taking into account all the above, I ask the Constitutional Court to recognize Section 529, Paragraph one, Clause 3.1 and the first part of Section 550 of the Criminal Procedure Law as inconsistent with the first sentence of Section 92 of the Constitution of the Republic of Latvia and as invalid in relation to Aivars Lembergs as of February 22, 2021,” the application states.