While more than ten migrants linked to terrorist organizations have been successfully isolated in Lithuania, our migrants have been allowed to go anywhere uncontrolled, posing a potential economic and security threat to the whole of Europe. In this sense, Latvia acts identically to Belarus. The Belarusians are sending these little green men to us, and we let them freely go deeper into Europe - closer to the Christmas markets that are hated by Muslims.
19.10.2021. Imants Vīksne 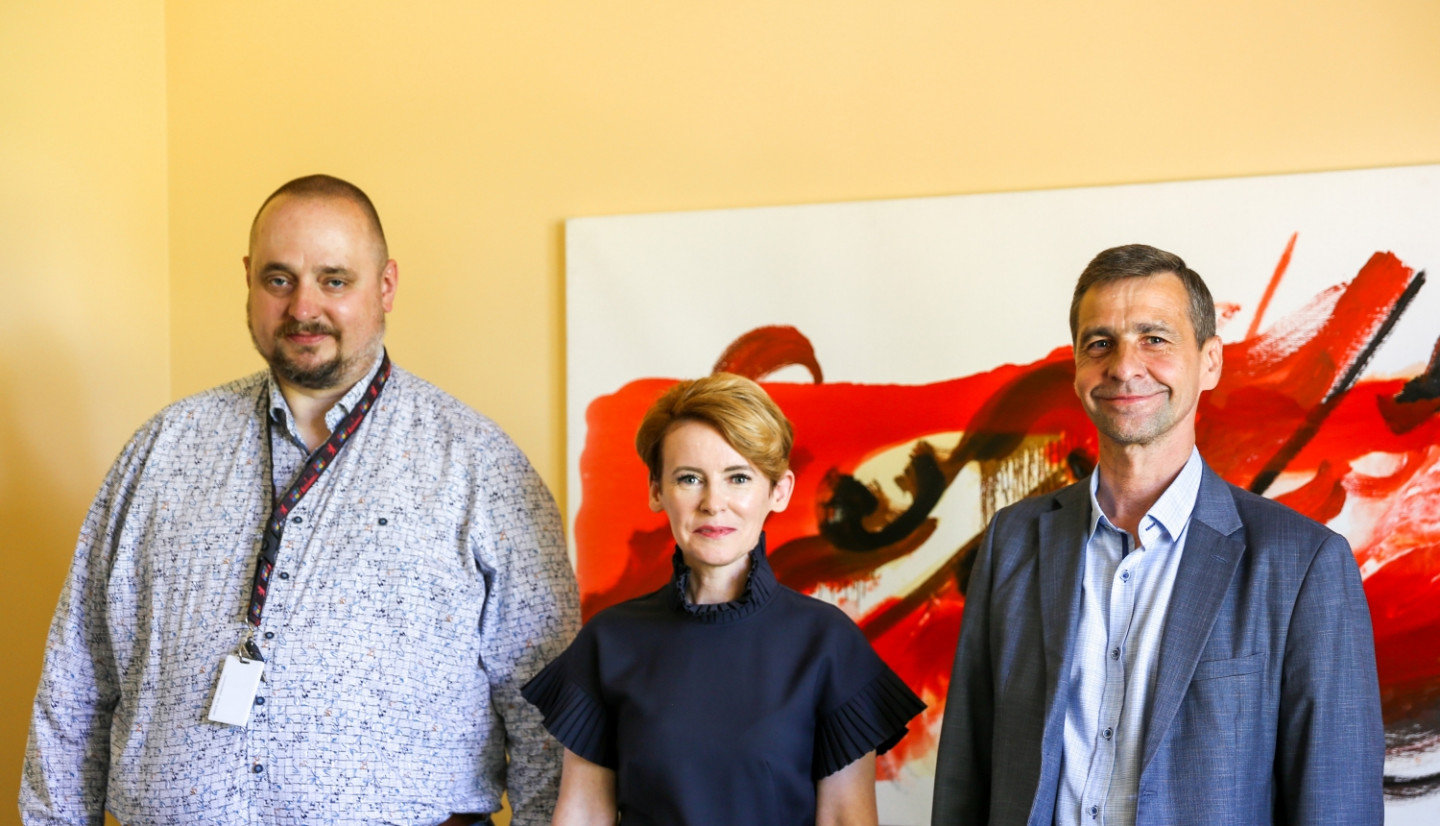 In the spring, the Minister of the Interior Marija Golubeva visited the Mucenieki accommodation center for asylum seekers. At the time, the situation seemed more optimistic, both regarding the illegal migrants and the careers of the two gentlemen in the picture. From the left - Pēteris Grūbe, from the right - Vilnis Jēkabsons ©PMLP publicitātes foto

Neatkarīgā's prediction that “Covid is the only thing keeping migrants in Mucenieki” has come true. On September 23, when the quarantine at the Mucenieki accommodation center for asylum seekers ended and the doors of the prison were opened, most of the residents of the center went in an unknown direction to fulfill the goals and tasks known only to them.

77 migrants were sent back

Information from the State Border Guard and the Office of Citizenship and Migration Affairs shows that 276 foreigners have left the accommodation center for asylum seekers arbitrarily since August 11, when a state of emergency was declared at the border. This is more than half, given that 402 third-country nationals who have crossed the border illegally have been detained throughout the year.

Currently, the accommodation center for asylum seekers in Mucenieki accommodates 164 asylum seekers while 38 asylum seekers are accommodated in one of the buildings in the building complex Dzintari of the Ministry of the Interior. It is not known, of course, how many Iraqis sent by Belarus will leave Latvia and go to the rich Western Europe, but there is no mechanism in the European Union to delay them.

Theoretically, migrants who successfully pretend to be asylum seekers are entitled to asylum in the first country through which they entered the European Union. Therefore, migrants from Latvia detained in other European countries are sent back to Latvia, to Mucenieki. By Monday, there were 77 of them - mostly from Lithuania. A couple hundred more are hiding somewhere. After being detained and returned to Latvia, these migrants are no longer accommodated in the Mucenieki accommodation center for asylum seekers, but in the Mucenieki accommodation center for detained foreigners. As the names suggest, it is also right there in the village of Mucenieki, only on the other side of the street. The difference is that when they end up in the care of the State Border Guard after an unauthorized attempt to escape, they are basically put in prison.

The accommodation center for asylum seekers operates as a generous free boarding house with 14 caretakers - permanent workers. The migrant is provided with a room and kitchen, a set of bed linen, a set of dishes and items necessary for special needs, it provides education for the minor children of asylum seekers, pays for food and gives an allowance. Asylum seekers can use the library, lounge area, kitchen utensils. They have an Internet connection and computer classroom, indoor play corner and children's playground, laundry, gym. Asylum seekers can also receive medical services - consultations from a GP, nurse and psychologist, as well as medication.

All of that is for free! The residents of the center also have the right to move freely outside the center. The quarantine conditions were, of course, atypical. And the only duty of a migrant in exchange for these benefits is to warn the administration if he leaves the center for more than one day.

After the boarding house, we will gift them tickets

The asylum procedure is also being continued for those 77 migrants who did not appreciate Latvia's generosity and have committed the next violation or even a crime. The Office of Citizenship and Migration Affairs is responsible for this procedure, while the boarding house is provided to the migrant by the State Border Guard in the continuation of this trip. Imprisoned foreigners are cared for in every way, pampered and provided with everything they need. The detention center building is new and modern. But you can leave it only after the change of the detained status or the court decision on expulsion from the country. After an unauthorized departure from Latvia during the examination of an asylum application, the possibility that the Latvian state will issue a residence permit to these migrants is close to zero. They themselves have shown that they are not interested in Latvian asylum. This means that in a few months, at the end of the procedure, a decision is likely to be taken to expel them to their country of residence. Thus, Latvian taxpayers will also pay for migrants' repatriation. They will buy flight tickets to Iraq, Afghanistan, Somalia - wherever they came from.

The asylum system and human rights principles of the European Union and Latvia are clearly being abused. Criminals cross the border, they are not prohibited from doing this for humanitarian reasons from the Ministry of the Interior. On the contrary, they can stay at a boarding house far better than most local people would even dream of. But instead of gratitude, these migrants ignore even the slightest demands and easily leave. That is not right, and there are politicians who are aware of that. The asylum system is broken at the level of the European Union, and the way Latvia waits on migrants is also wrong. Juris Rancāns, the head of the Saeima Defence, Internal Affairs and Corruption Prevention Committee, admits that the migration regulation needs to be improved. This problem must be tackled as soon as possible. As soon as the government and the legislature will deal with the regulation of the pandemic crisis and next year's state budget. Immediately after that will be the time to address the migration crisis. Fortunately, it provides some respite for the time being. Border guards and the army are coping with the daily attempts of more than a dozen criminals to enter Latvia, forcing them back into Belarus with force and threats.

Not all migrant groups have children, the disabled or the sick among them, who provide a humanitarian corridor for entering Latvia.