Seafarers' educational autonomy is only allowed until 2023

Members of the New Conservative Party (Jaunā konservatīvā partija) - Ministers Tālis Linkaits and Anita Muižniece - have radically opposing views on the future of maritime education. The Ministry of Transport is in favor of preserving the autonomy of the Latvian Maritime Academy, including the Liepāja Maritime College. Minister of Education and Science - to transform the academy and college into a faculty of Riga Technical University. And in the middle are the seafarers who are worried that political experiments will harm a well-functioning niche education system that guarantees them a powerful document for working on big ships around the world.
21.10.2021. Imants Vīksne 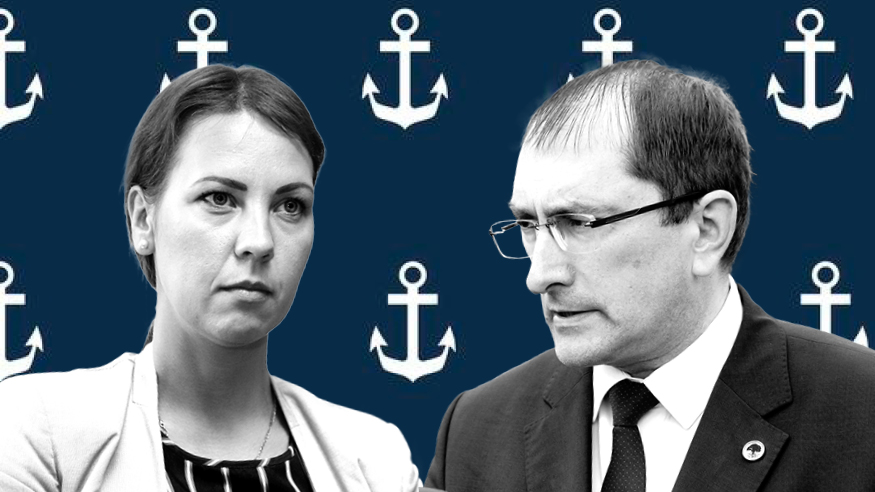 The Latvian Maritime Academy, which trains naval officers, and Liepāja Maritime College, which trains ordinary seafarers, have been in conflict with each other for years. Already in the early 1990s, it was planned to merge the two educational institutions into one autonomous institution, but due to the disagreements of rectors, this has not been possible so far. However, autonomy for maritime education as such is now under threat, and the industry has encouraged educational institutions to put the old disagreements aside and mobilize in a common struggle for the kind of education that everyone in the industry needs. Neatkarīgā has already reported that "Seafarers do not agree with the reorganization of the academy."

The Ministry of Education won't back down

There is no science here

Riga Technical University has always wanted to expand, it has always wanted to regain the maritime education niche and the Latvian Maritime Academy, which historically separated from it. Almost all previous governments have considered the question of joining the Latvian Maritime Academy to Riga Technical University, and all have abandoned this plan. The idea of ​​reorganizing maritime education has never been gotten as far as right now. This may depend on the level of competence or awareness of the ministers concerned. The reorganization of maritime education was also seen as an option during the reign of former education ministers Kārlis Šadurskis and Vjačeslavs Dombrovskis, but it was abandoned. As Dombrovskis explains, in 2014 the evaluation process of higher education institutions was started and at that time, receiving more information about the specifics of the industry, the Ministry refused to add the Maritime Academy to RTU. And even now, Dombrovskis has not changed his thoughts on the question of whether reorganization is necessary in such a manner: "If after joining RTU the diploma of the Latvian Maritime Academy will lose its attractiveness in the labor market, then definitely not. The interests of seafarers come first. And it has nothing to do with science at all. Maritime education must be such that, upon receiving a diploma from this university, a person is in demand in the labor market! There is no science here.”

For the time being, still in the white list

Kārlis Šadurskis, the other ex-minister addressed by Neatkarīgā, might be less categorical, but the Maritime Academy was not added to RTU during both his terms. "Everyone wants to keep their kingdom. It won't be easy now either.” One issue that the academy could improve even without the entire reorganization is the export of education: “The Latvian Maritime Academy is not using its potential. The education of seafarers is in great demand in the world, and the university could make money with it. I don't know why, but they are not active in attracting foreign students, and at least in this respect RTU's experience could help." However, Šadurskis also agrees that in assessing possible reorganization in maritime education, certification questions are primary. Sailors need good papers.

Currently, the system of professional training and certification of Latvian seafarers meets the criteria that ensure that the Latvian state is in the white list of the International Maritime Organization. This is one of the criteria so that internationally our country and Latvian-flagged ships meet the low-risk standard so that our seafarers can work on large ships anywhere in the world. The organization also has a gray list of countries.

What would it mean to move Latvia from white to gray due to a low-quality reform? Possibly that our sailors would be out of work.