Prosecutor General Stukāns: The nationalization of money is dictated by the United States

Lawyers working in money laundering cases have managed to reach the legislature. At present, the money of mainly third-country nationals has been seized in hundreds of criminal proceedings, but the alleged crimes in which the money was obtained are not investigated by the process facilitators. At the confusing meeting of the Saeima committee that was full of technical problems, it was revealed why. Because it was ordered by an ally - the United States.
22.10.2021. Imants Vīksne 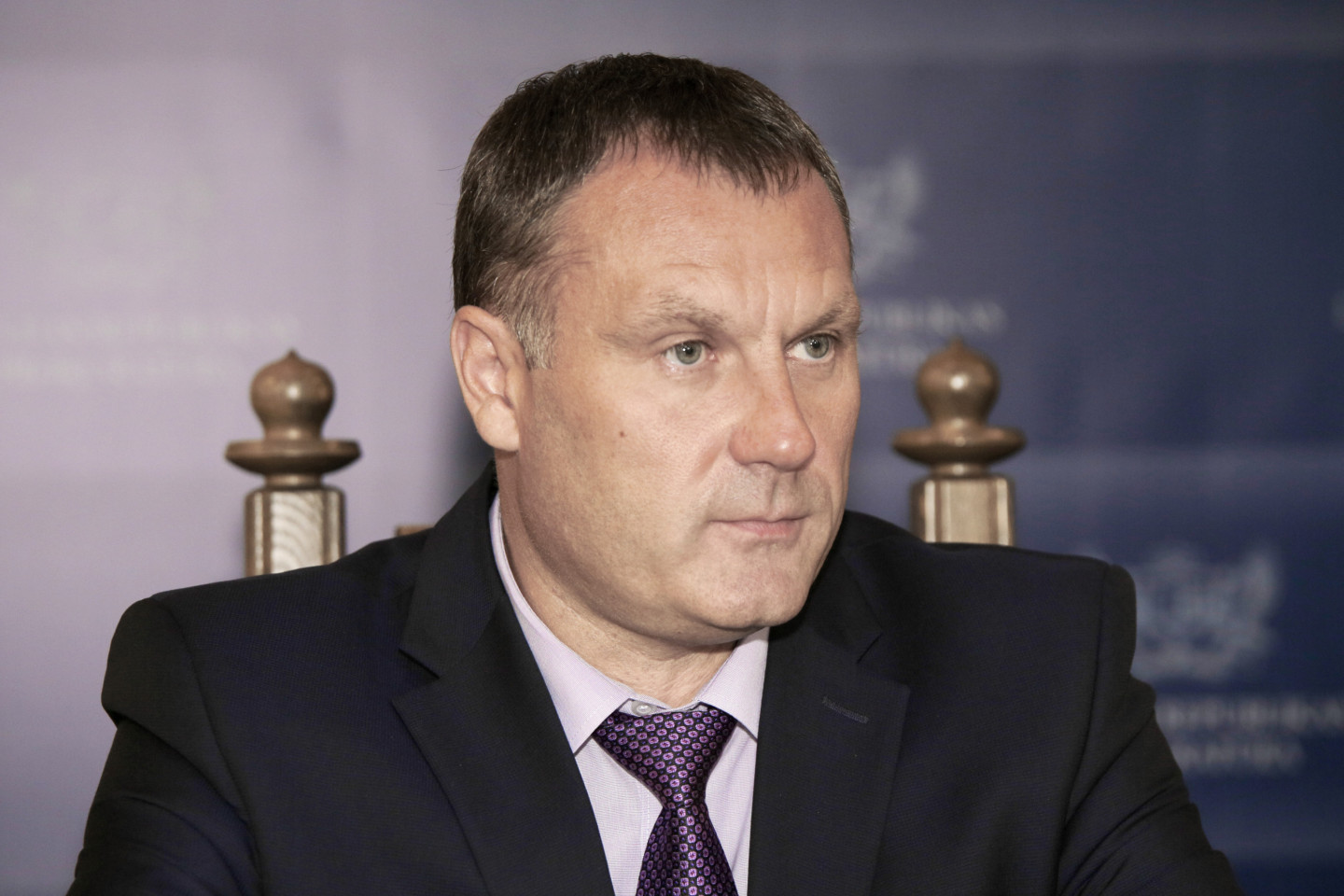 The total amount of money seized in 300 criminal proceedings is currently 600 million euros. A large part of this money is related to the liquidation of ABLV Bank, which is taking place on the orders of the USA. As it turns out, the nationalization of money in this and other banks is also taking place on the orders of the United States. This was acknowledged by the Prosecutor General Juris Stukāns at the meeting of the Criminal Law Policy Subcommittee of the Legal Affairs Committee. No more talking metaphorically. He said it directly about this arrested half a billion:

"It's not a problem, it's a topical question. And why are we doing it? Because the United States pointed it out to Latvia and demanded that we do it, so we all do it."

It was already known that the overhaul of the Latvian financial system had begun at the request of the allies. An order was placed through the US Embassy to replace the self-liquidation process of ABLV Bank, the largest national commercial bank in Latvia, with forced liquidation and to put the bank's owners in prison, which has not been done yet. At the Ministry of Finance, the US Embassy has set up its own technical assistance consultant to monitor the progress of the necessary legislation. And currently, the laws are distorted in such a way that the process facilitators actually violate the fundamental human right to property specified in Section 105 of the Constitution.

It should be recalled that until the overhaul there was a specially developed government program that advertised Latvia as the small Switzerland, the bridge between East and West, encouraging third-country nationals to deposit money in Latvian banks, buy property and receive temporary residence permits in exchange. When the overhaul began, the residence permits ended, and the money got stuck in the banks.

The story of the first million

At present, it is presumed that the money has been obtained by crime, but the process facilitators are released from the obligation to investigate the crimes in which the money is allegedly obtained. The principle of the presumption of innocence has been abolished in dirty money cases and the burden of proving the origin of the funds has shifted to the owner of the seized property. Figuratively speaking, the story is about the first million earned. In the case of old transactions, ten or more years old, they may not have documents. In other cases, proof of origin is given, but it does not satisfy the process facilitator. Or it's not taken care of within the allotted time. And the possibilities of appealing the decisions of the Latvian authorities have been reduced to a minimum.

At the sitting of the Saeima subcommittee, several lawyers described the current situation as unacceptable, including lawyer Daiga Siliņa. In the decisions of the process facilitators, the seizure of money is based on one sentence - "property obtained as a result of an unidentified criminal offense". Police officers, prosecutors do not consider it necessary to investigate this crime and prove criminal intent. The process facilitators do not carry out any investigative action in the process and, when the deadline expires, impose an arrest. Not because a crime has occurred, but because money is available in that account, but the owner of the property cannot prove that it was not obtained by criminal means. As Dmitrijs Skačkovs acknowledged at the hearing, such methods cannot combat the activities of the money laundering mafia, they can simply take away money. If that is the real goal, the regulation is simply perfect.

Contrary to the opinion of lawyers and their clients that the AML laws introduced by the Latvian state are wrong, their authors believe that everything is working perfectly. Ministries of Justice and Finance, Police, Prosecutor General's Office. And other countries admire us for such regulation. Yes, it is true that Chapter 59 of the Criminal Procedure Law “Proceedings Regarding Criminally Acquired Property” was created for application on exceptions. These norms allow to initiate a separate process on the basis of presumptions about the property, and not to investigate the hypothetical crime in which it was acquired. For example, because "due to objective reasons, the transferral of the criminal case to court is not possible in the near future (in a reasonable term)".

However, Prosecutor General Stukāns sees justification for so many cases directed in accordance with these articles: “The Latvian state thought that we would have a finance paradise here, and all banks were full of money of criminal origin. It is a huge amount of money that has been seized and it needs to be dealt with. There is an account, there is money, and we need to find out whether or not it is criminally obtained.”

Of course, the two warring parties did not come to any common denominator at the Saeima subcommittee meeting. And the Members could not suggest anything more useful for the lawyers and prosecutors than to come together to discuss this face to face and then, if they can agree on something, come back to the Saeima with concrete proposals. As the head of the committee Andrejs Judins admitted: “Otherwise we have two poles here: everything is in order and nothing is in order. No decision can be made like this."