Annual reports should be submitted to the SRS by all companies - even those controlled by Meroni!

Ventbunkers and Latvijas naftas tranzīts, joint-stock companies controlled by Rudolfs Meroni, which manage huge assets, have not submitted annual reports for either 2019 or 2020, according to the information in the Register of Enterprises in the database Firmas.lv.
29.10.2021. Uldis Dreiblats 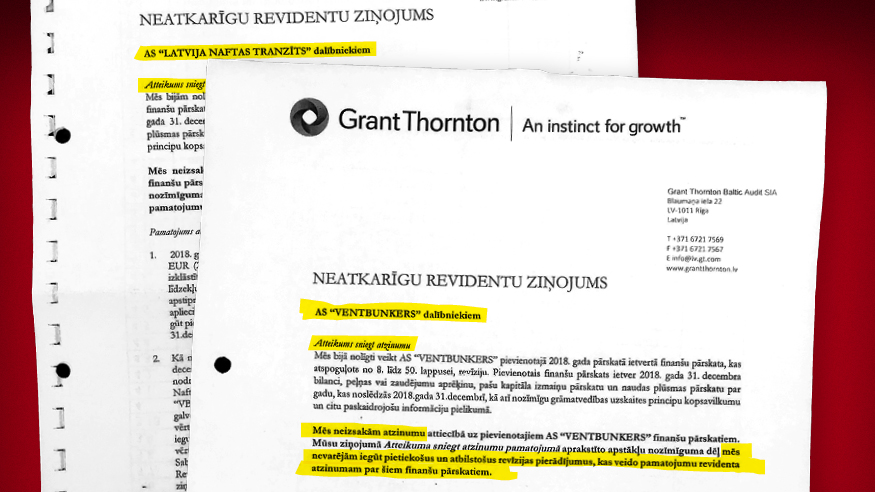 WHO ELSE COULD DO SOMETHING LIKE THIS? Taking into account that independent auditors have audited, but have not approved the annual reports of JSC Ventbunkers and JSC Latvijas naftas tranzīts for 2018, these capital companies controlled by Rudolfs Meroni have been working without approved annual reports since 2017. ©Dokuments

That is not all: independent auditors have refused to approve the annual reports of both companies for 2018. Respectively - JSC Ventbunkers and JSC Latvijas naftas tranzīts have been living without annual reports approved and submitted to the State Revenue Service (SRS) for many years, as is written in the law. The chairman of the council of both JSC Ventbunkers and JSC Latvijas naftas tranzīts is Rudolfs Meroni, and only his trustees serve on the boards.

And that is also not all - the annual report of JSC Latvijas naftas tranzīts for 2018 became evidence for the commencement of criminal proceedings against R. Meroni for pledging the seized property (the criminal proceedings has now been terminated with strange reasoning). Maybe the two mighty companies are not filing annual reports because they would inevitably reveal new frauds, including with seized property?

Neatkarīgā does not know of any other company that could continue to work without submitting annual reports for years. Therefore, Neatkarīgā asked two questions to the Director General of the SRS Inese Jaunzeme. In addition, given that the SRS traditionally does not provide any information on specific taxpayers, Neatkarīgā, after telling the above, formulated the questions in general.

Neatkarīgā asked: 1. Are there companies and capital companies in Latvia that do not have to submit annual reports?

2.If there are indeed such companies and capital companies which are not required to submit annual reports, what legal framework allows this?

The following answer was received from the Public Relations Department of the SRS:

Section 14 of the Law on Accounting stipulates that the reference year covers 12 months and usually coincides with the calendar year.

all companies are obliged to prepare and submit to the SRS annual report for each reporting year within the term specified by law,

consisting of a financial statement and a management report. Thus, there are no capital companies in Latvia that would be overall or for some reason temporarily exempted from submitting annual reports.”

Considering such a harsh answer of the SRS, Neatkarīgā does not understand why JSC Ventbunkers and JSC Latvijas naftas tranzīts are still allowed not to submit the annual report?

In every single thing that Rudolfs Meroni, who has been suspended from the duties of the property custodian, has touched or even looked upon, even the obvious becomes incomprehensible…