The expansion of wind farms continues in Kurzeme

It is now the right time for the residents of Talsi municipality to join together in protecting their living environment and landscape. In the central part of the municipality, in Dundaga parish, it is planned to build 40 wind stations in an area of 22 square kilometers. A remote public discussion on the plan will take place by the end of November. However, the experience so far shows that wind businessmen are steamrolling over the opinion of the population because the European green course is working for them.
05.11.2021. Imants Vīksne 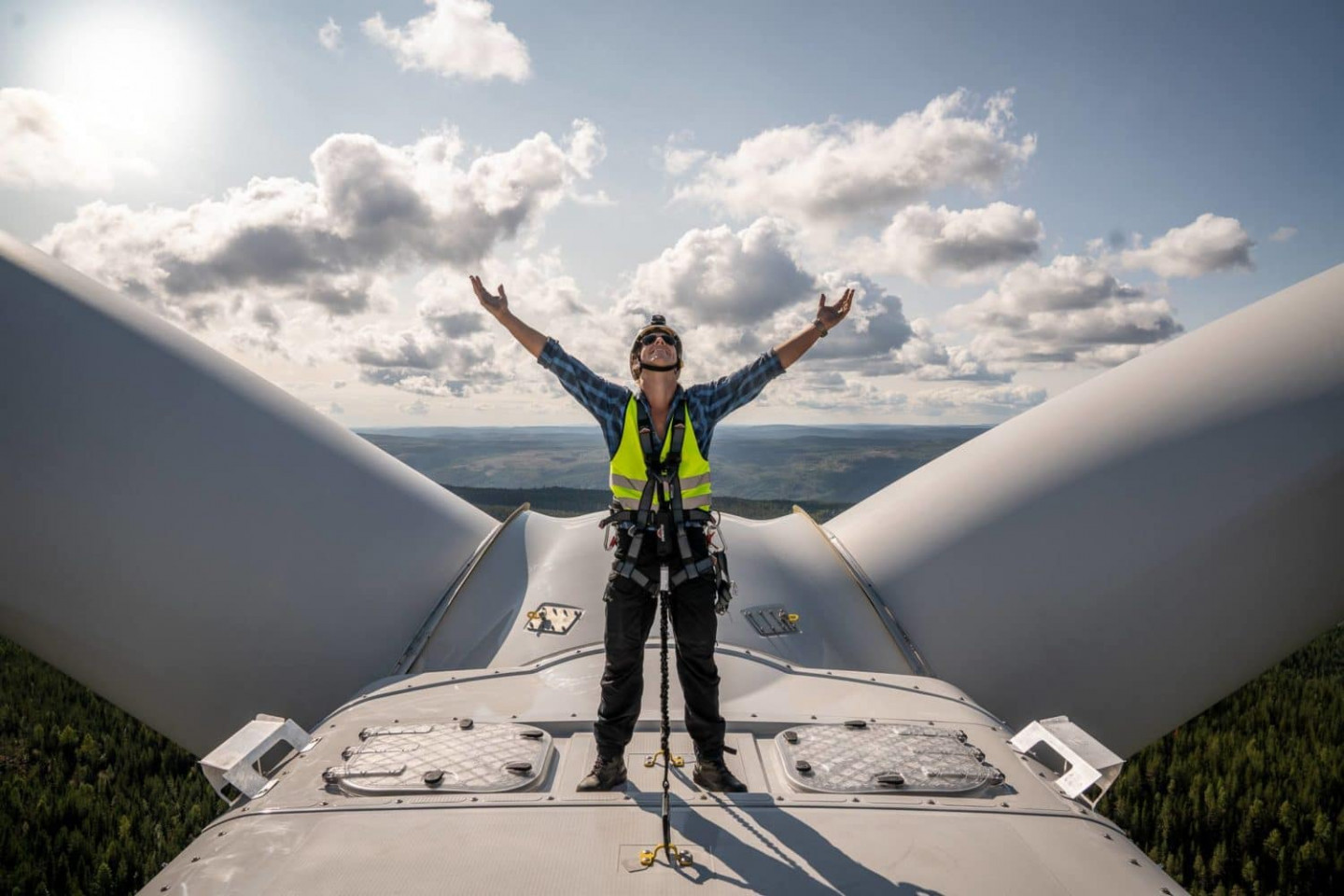 The developer of the planned wind farm in Dundaga parish is SIA Valpene Wind - a Latvian subsidiary of the wind energy company Eolus Vind AB established in Sweden. The same one who is suing the residents of Tukums for resisting their plans. Dobele Municipality Council has just rejected the application of another Eolus subsidiary - SIA Dobele Wind, and in that case it is also expected that the company will not deviate from its plans that easily. The Swedes are expanding their business in Latvia. It is planned to build wind farms not only in Džūkste and Pienava, but also in Gudenieki, Turlava, Saka and Alsunga.

The lobbyist got angry

At the end of September, Neatkarīgā reported that "Five new wind farm applications have been submitted" to the State Environmental Monitoring Bureau. Eolus and the company's lobbyist in Latvia Gatis Galviņš got terribly angry about this publication. He can't be called a lobbyist. Sent a long submission to the editorial board describing his ideas about journalism, teaching how to gather information, invoking ethics, quoting laws and threatening to sue. "The author has included biased negative evaluations in the article without linking them to real facts, thus creating a false and negatively inclined picture of both the specific projects and the wind energy industry as such." Apparently, in his view, you must never speak ill of wind energy, just like of the dead. Basically, this is an intimidation tactic, similar to the one used against the residents of Tukums and the municipality. However, local communities have the right to decide on their living environment, and society as a whole - on the Latvian landscape, which is included in the national cultural canon. Therefore, the Tukums Municipality Council has also appealed against the unfavorable judgment of the first court.

Currently, the Latvian landscape is under threat, as with the impending explosion of the wind industry, significant pollution with huge rotating industrial structures at a height of two hundred and more meters awaits it. The total number of projects in the queue for environmental impact assessments and municipal approvals has already reached 13 applications. These and other Swedes, as well as local OIK and other scheme runners, want to build their projects.

The transmission network will need to be strengthened

It is planned to install more than one and a half thousand wind stations on land, and it would be a mistake to imagine that they are planned only in windy Kurzeme. Wind farms are planned for the entire territory of Latvia and also for the sea, which is really the right place for them. Only no company wants to build at sea, because it costs twice as much as on land. Here is how the situation is described in its annual assessment report by the company Augstsprieguma tīkls (AST), which is the backbone of the Latvian power system: 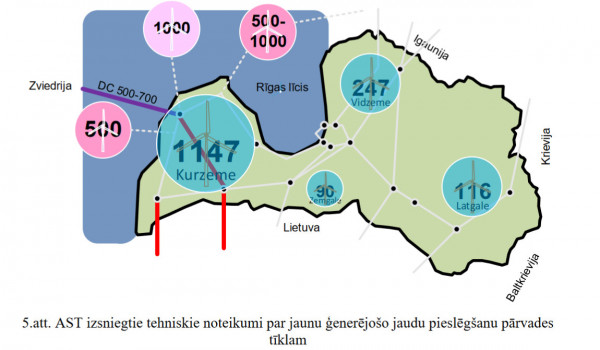 “Starting from 2020, the desire to develop onshore wind farms in the territory of Latvia has significantly increased. Figure 5 shows a map of Latvia's regions with technical regulations issued by AST on the development of new generating capacity. At present, AST has issued technical regulations in Latvia for the development and connection of onshore wind power plants to the transmission network with a total installed capacity of up to 1760 MW. Such development of generating capacities and connection to the electricity transmission network requires the transmission system operator to plan in the long term and reserve transmission network capacities, as a result of which, it is necessary to strengthen Latvia's internal transmission network, to establish interconnections with neighboring electricity systems, to ensure fast capacity reserves and to think about the issues of inertia of the electricity system from the point of view of operation." The problem with wind energy is the simple fact that the wind sometimes blows and sometimes does not. Sometimes there is little energy and sometimes there is too much to use, and such fluctuations in the power grid can cause congestion and outages. Therefore, stable base capacities generated by fossil resources TEC-1 and TEC-2 are needed.

The stock exchange is the important part, not the yield

When promoting their projects, wind businessmen appeal to the greenery of their products and the positive impact on electricity prices. In the public discussion of the Valpene wind farm, Gatis Galviņš, the Swedish company lobbyist in Latvia, told the public: "By being able to generate our own electricity, we are strengthening our energy security and independence, allowing us to cope much better with the fluctuations in the electricity market that we are currently seeing as electricity prices rise sharply.” However, it should be reminded here that Latvia is no longer able to influence electricity prices, since energy is bought and sold on the stock exchange. The energy market does that. And here a comparison can be drawn with the grain market. Only the well-being of grain growers and their employees depends on the quality and quantity of grain grown in Latvia. The price of bread in stores depends on grain prices on the world grain exchange. Yields in Latvia have been excellent in recent seasons, but the price of grain is only rising, and the same is happening with the price of electricity.

The local impact of the wind energy business on the well-being of society is even less, because in this sector labor is needed only during construction, and then the mill itself keeps spinning, produces electricity and fills the owners' pockets with the support of OIK or some other green scheme. Wind farms generally do not have a positive impact on the well-being of local communities, as Latvian legislation does not provide for compensatory mechanisms for residents for the deterioration of their living environment. And no extra money enters the municipal budgets either. Accordingly, on a local scale and also only in the short term, the winner is the one who has managed to sell the plot of Latvian land in his possession to the Swedish developer. This should be taken into account when singing songs of praise for the European Green Course and participating in the public discussion on the establishment of a wind farm in Dundaga parish. The initial public discussion meeting will take place remotely on November 15. You can find out more about it on the municipal website.