It is time to change the EU's central dogma - an open, interconnected world without borders must be abandoned

Watching the video of a crowd of thousands of potential border trespassers breaking across the Belarusian/Polish border on Monday, a question came to mind: how long will the EU remain tolerant of Lukashenko's actions? When will the EU reach the limit of their patience, and they will stop humiliating themselves with the expressions of "worries" and "deep concern" that have already become a source of ridicule?
10.11.2021. BLBens Latkovskis 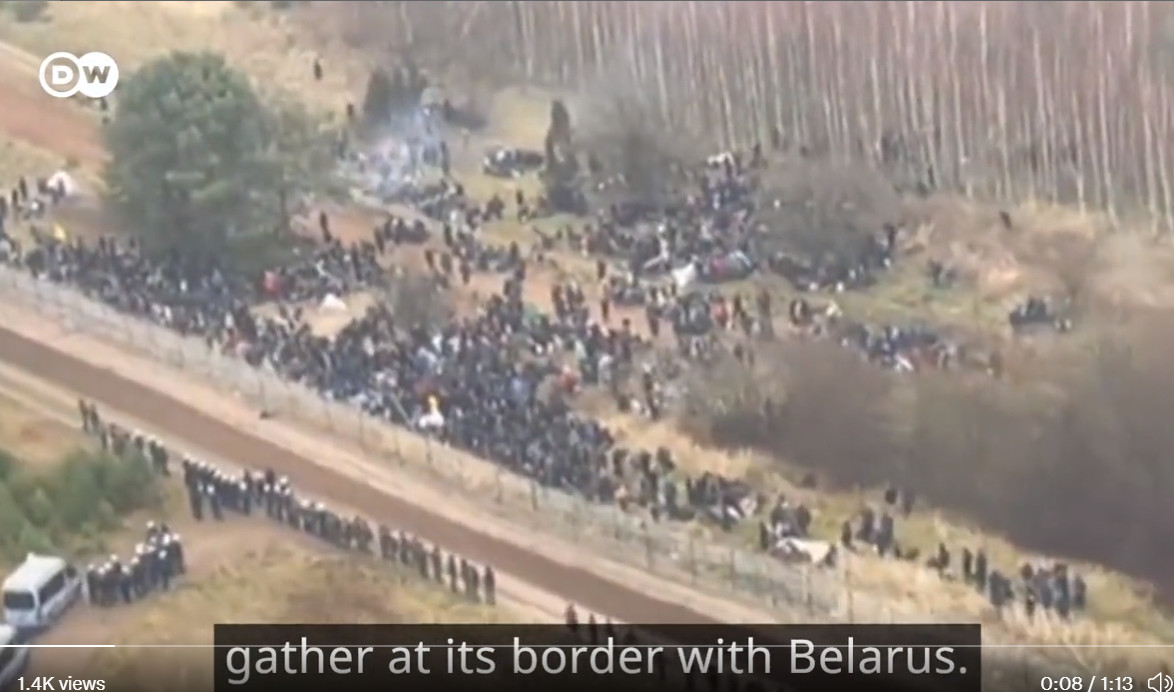 The President of the European Commission, Ursula von der Leyen, can call for sanctions to be extended against Belarus, against the airlines that take these people to Belarus, but at the same time, we should not forget the clear signal she gave to potential border violators and the Belarusian dictator just a few weeks ago.

On October 22 this year, von der Leyen vehemently rejected a request from Poland, Lithuania and other countries for additional funding to strengthen the EU's external border, and officially announced that no walls or barbed wire would be built on Europe's borders with EU money. This statement has been interpreted unequivocally outside the EU: the "open door" policy remains unchanged. This signal was well understood both by the shameless seekers of happiness from Iraq and other Eastern countries, and by Lukashenko, who rubbed his hands in glee and continued to mock the European political class, which continues to preach about humanism, human rights, the poor suffering of refugees and other pleasing mantras in a self-inspiring hypnosis.

In order to avoid misunderstandings, I would like to say that I categorically reject the truly inhumane methods of solving the problem mentioned on social networks - to shoot them, let them freeze and the like. The solution must be humane and not degrading, but adequate. This means that it cannot be the case that one party is deliberately abusive, openly mocking, but the other side pretends that there is no mockery and tries to talk to the other side as if they were a professor of ethics at the University of Bonn.

What is Lukashenko hoping for? It should be remembered that the former state farm director's vision of how the world is arranged is fundamentally different from the way the world around is seen in the lazily prosperous Europe, that is sinking into oblomovism (see JRT's play "Oblomovs", directed by Alvis Hermanis). It can be hypothesized that Lukashenko, seeing the example of Turkey, when its leader Erdogan forced EU officials not only to sit down and start talks with him but also to pay very generously for the maintenance of refugee camps, hopes to repeat this Turkish gambit. In the best tradition of racketeers, he hopes that by stimulating the flow of migrants through Belarus to Europe he will force the EU to trade with him on terms that he is prepared to solve "that problem of yours".

The EU should give a clear signal that there will be no negotiations with the initiator of the hybrid war. However, this hint should not be given in words that Lukashenko completely ignores, but in deeds. Moreover, not so much with deeds putting pressure on Lukashenko as with deeds making it very difficult for potential border violators to carry out their criminal activities.

Meaning, the announcement of October 22 must be denounced immediately. The new EU position must be clearly and unambiguously defined: there will be walls, barriers and barbed wire at the EU's borders. It must be said clearly that, over time, they will only become higher and more difficult to overcome, because Europe cannot accommodate all the billions of people from Africa and Asia in search of a better life. The idea of ​​an open, interconnected world without borders, so cherished by Western intellectuals, must be forgotten, just as the world has forgotten Francis Fukuyama's famous "end of history." By this, I do not mean his book, but the idea of ​​the ultimate triumph of a prosperous, conflict-free liberal democracy after the collapse of the Iron Curtain in the 1980s/1990s. Forget it!

If the "liberal" West has relatively easily and in a record-short time, in less than a year, went from "there will be no mandatory vaccination at all because it does not meet the basic principles of democracy" to "mandatory vaccination meets all the basic principles of democracy", then in the same short time they must go from "fences and walls do not conform to the liberal world model" to "fences and walls best ensure the existence of a liberal world model".

Will this path be chosen and such steps taken? Don't hold your breath for it. It is hard to imagine that the EU would be able to take any sufficiently strong decisions at the highest level that would significantly change the situation not only at the border of Belarus but also at the external borders with other countries. It is hard to imagine for now, but the Eurocrats won't get away from this so easily. Life will force them. The Belarusian dictator with his shamelessness is helping to open the eyes of those who are blinded by the propaganda of the left.