The lockdown is over. Now we can summarize the results

Starting from today lockdown is theoretically over. We can draw some conclusions. From an epidemiological, political and ideological point of view.
15.11.2021. BLBens Latkovskis 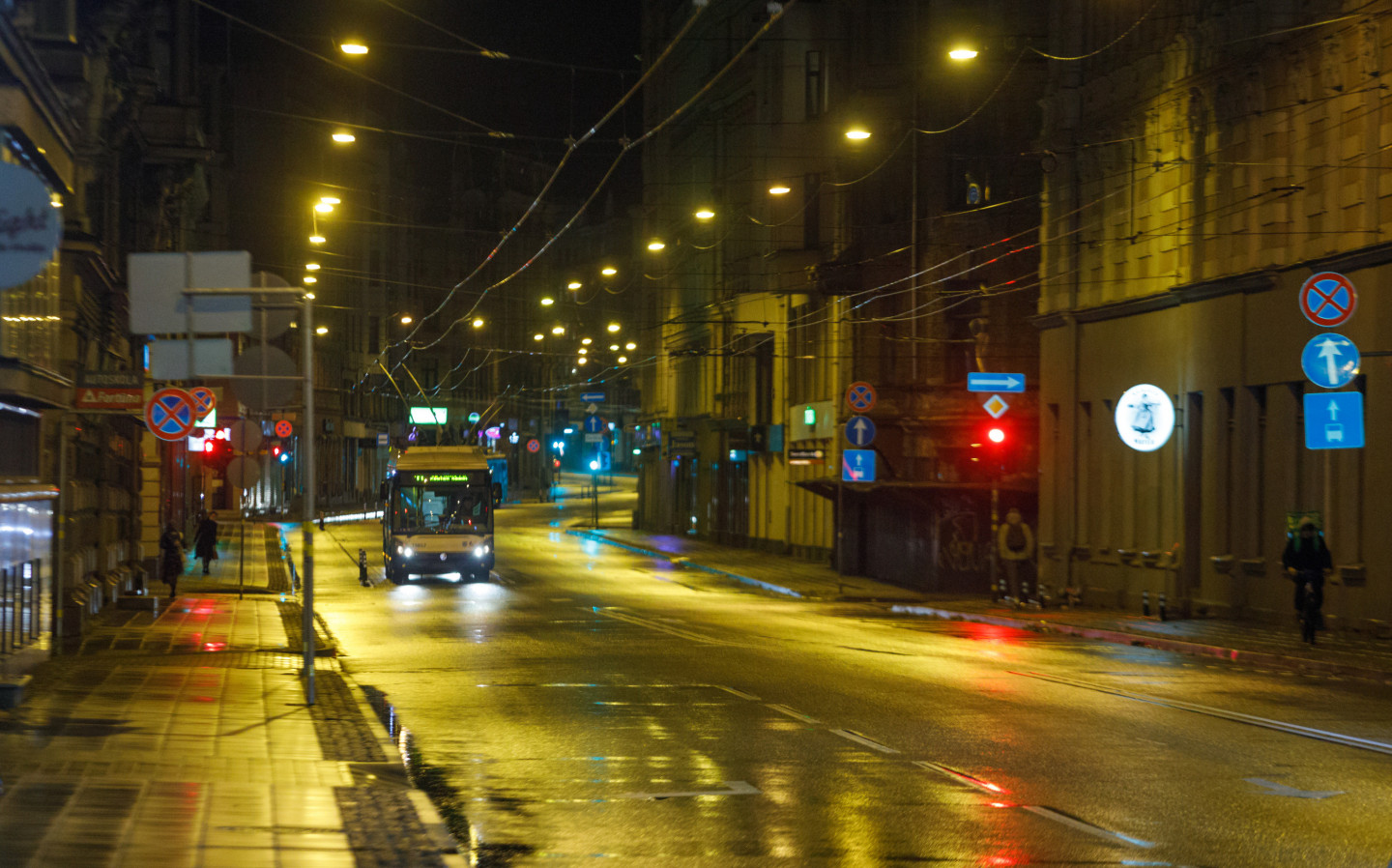 Vaccination coverage was different in all three Baltic countries at the onset of the autumn wave of the pandemic but did not correlate in any way with the epidemiological results. On the contrary. Lithuania had the highest coverage, but it also had the highest relative mortality. Latvia announced a lockdown from October 15, which the Ministry of Finance estimates will cost about 180 million euros a month. Now, it could be said that the month of lockdown has paid off. The number of sick is falling and the mortality curve no longer looks so catastrophic. There is hope that the wave is fading.

However, the same decline can be observed in Lithuania and Estonia, where no lockdown and curfew were introduced. You can, of course, measure the rate of decline, relative relationships, or other details and try to prove that the lockdown was justified, but these stories will probably convince those who want to be convinced, but not those who do not believe in anything. Everyone will stick to their own beliefs.

Now that the lockdown is over, the most important thing that will change will be the abolition of the controversial curfew, but overall, the policy of confusion, uncertainty and pressure (not persuasion) will continue. In the fight between punishing and persuading, punishing has convincingly won.

At first glance, it seems a bit strange that the punishing method has won not only where society tolerates various forms of violent (undemocratic) coercion, but also where inclusiveness, tolerance of others and other touching words are preached. But only at first glance, because these words full of humanism work well in peacetime, but as soon as existential threats (war, pandemic, invasion of a foreign culture, etc.) appear, the layer of civilization rapidly recedes in the face of primitive instincts.

It turns out that anyone, be it a doctor, a civil servant, a builder or an MP, can be relatively easily classified as a person who is denied basic human rights, including the right to work, and whose lives can be made as difficult as possible. Just because this person has not succumbed to some government whim. In order to avoid misunderstandings, I would like to remind you once again that I myself have been vaccinated and call on everyone to be vaccinated, but as a staunch democrat and supporter of freedom, I strongly oppose this policy of compulsory vaccination. Precisely from the point of view of democratic freedoms. In addition, while vaccination seemed to be a panacea for the spread of the infection at the outset and a high vaccination coverage would allow all restrictions to be lifted, it is now clear that even a high vaccination coverage does not have a sufficient effect on stopping the pandemic.

In this respect, the example of Denmark (previously also the examples of Israel and Singapore) is good, where all restrictions were lifted two months ago and life returned to how it was before the pandemic. The vaccination campaign was a success and more than 80% of the Danish adult population had been vaccinated. It seemed like this nightmare was finally over. However, the number of people infected rose sharply in early November, and from November 12 a "critical threat" status was announced again, allowing the government to impose various restrictions, mainly on those who will not have the so-called "coronapas".

The same is happening in Germany, where the situation has been better than anywhere else in the world for a long time (as we had before the October outbreak). Despite the high coverage of vaccination, there has been a rapid increase in morbidity. It turns out that vaccination does not reduce the risk of getting sick enough to prevent another wave of the pandemic. Fortunately, it reduces (at least for the time being) the risk of a severe illness, but that does not cancel the fact that compulsory vaccination is a violation of democratic principles, no matter how you call it.

The fact that this time the "democratic" world easily violated its own proclaimed principles means only one thing. Pandora's box is open and we can only guess what restrictions on liberties will be next. We do not know what they will be, but we know for sure that there will be some. If someone wants to say at this point that these coercive mechanisms do not contradict the basic principles of democracy at all, then ask them to answer this question: if they are in line with democracy, then why was their introduction loudly denied in the beginning? Why was it promised that there would be no coercive measures, no layoffs, no bans on the professions? Why was this concealment necessary, if everything is legal and democratic?

Rhetoric has slowly and gradually changed, and now even MPs at all levels (elected representatives of the people) are being suspended from office. If at the beginning it was necessary to lie and tell that there will be no forced vaccinations, and the introduction of coercion took place gradually, one step at a time so that people would get used to it, then it shows that they knew very well what they were doing and understand that people must be accustomed to something you're not proud of, that you have to hide.

The situation is complicated by an obvious lack of absolutely reliable information. By that I do not mean the information published by epidemiologists, the World Health Organization and other experts. By that I mean information that is 100% secure and indisputable for the experts themselves. The problem with Covid-19 is that there are a number of unknowns in this pandemic that are difficult to explain for now, but governments and expert communities are behaving as if they had absolutely complete information. But when no one knows the truth, the one who pretends to know it is the wisest. It is this method that our Pavļuts/Kariņš and others use, which gives them some political dividend among their people. The main disadvantage of this method is that the moment it becomes clear to everyone that our "wise men" know nothing, a pandemic of disbelief begins, when people no longer believe in anything, feel completely disoriented and are politically ready to trust even the devil's grandmother.

What do I mean by all that? From the outset of the pandemic, there has been a lack of a close correlation between the spread of the pandemic and the severity of the measures taken against it. There may be some correlation, but it is not such as to say convincingly that wearing face masks at public outdoor events, for example, has some visible effect. It can be said that the statistics are incomplete in many places, but the mortality statistics are quite accurate even in the most underdeveloped countries in Africa.

If Covid was raging somewhere and the locals were dying, as we had at the end of October, it would not go unnoticed by the world community. This means that perhaps due to the smaller amount of testing, the statistics for the infected may falter, but not the statistics for the dead. Statistics on vaccinated people are also unlikely to falter, as these vaccines are provided free of charge to third countries and must be accurately reported.

What does it mean? This means that there is still a lot of uncertainty from an epidemiological point of view and that we are still searching for the best solutions. Once again, vaccination is the best that the medical industry can offer (for the time being), but from an ideological point of view, we should not walk all over the principles of democracy and send the world back to a time when all freethinking or doubts were burned out with fire. That could come back to haunt us in the future.