In line with the Day of the Unknown Soldier in the Russian Federation, a Red Army cemetery festival will be held in Latgale at the beginning of December, with the reburial of fallen soldiers of the occupation forces. It may even be two big events on the same day - the reburial will take place in Līvāni and possibly also in Izvalta in the Krāslava municipality. But wreath-laying and songs of praise for the Soviet army will be heard throughout Latvia because that is the method used by the Kremlin and its supporters.
22.11.2021. Imants Vīksne 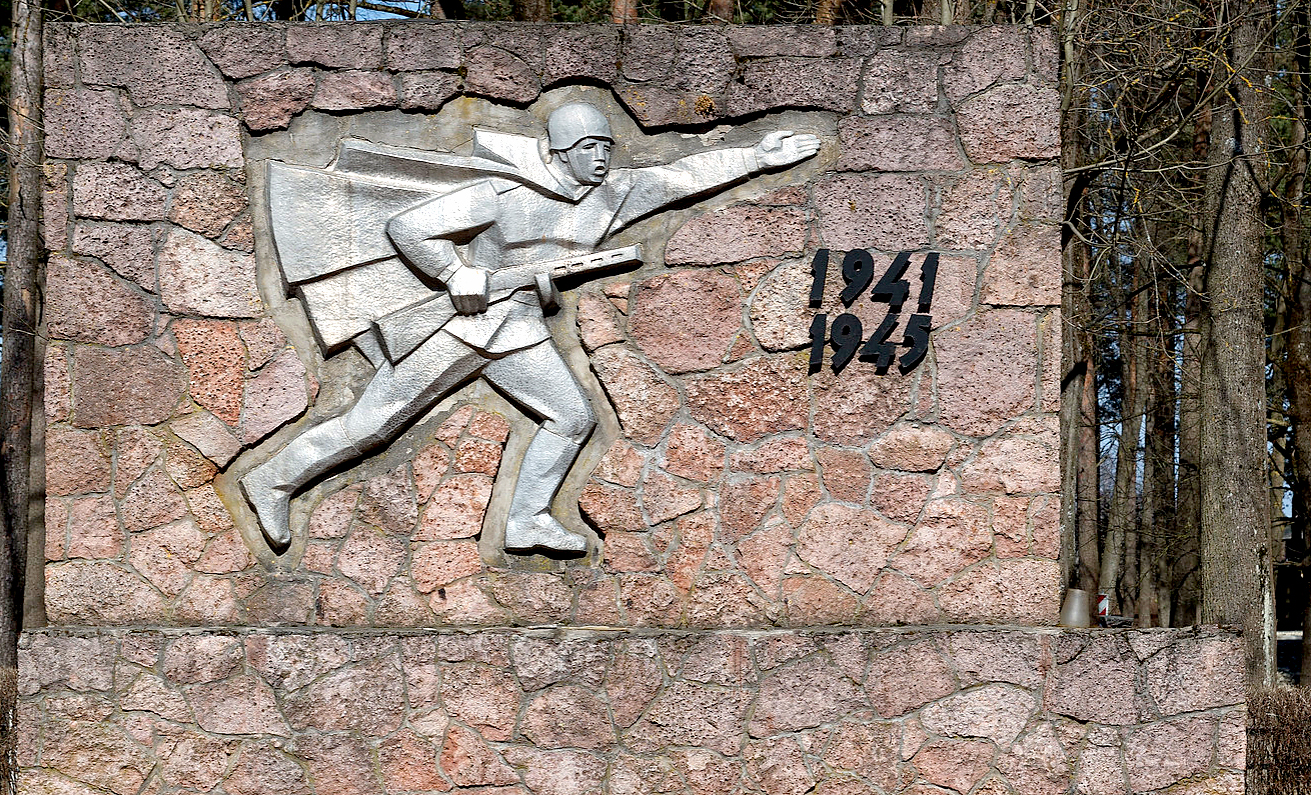 Neatkarīgā has already written about Russia's war on monuments against Latvia and the so-called policy of compatriots. During the Second World War, Latvia's land was littered with the bones of fallen Red Army soldiers, and this allows the Kremlin to use any place where one of their soldiers is buried to spread messages hostile to Latvia - to make Red Army soldiers out to be heroic liberators and Latvians out to be Nazi collaborators. Even 30 years after Latvia regained its independence, they are erecting their monuments on our land and giving glorifying speeches about the army whose mission it was to subjugate the Latvian state to Soviet occupation.

The occupation ended, but the red dead remained on Latvian soil and continue to fight even after death.

Using the dead for politics

A representative of a historical research organization drew the attention of Neatkarīgā to the upcoming Red Army cemetery festivals in Līvāni and Izvalta. He is outraged that some units of searchers for fallen soldiers in Latvia serve the interests of the Kremlin and that some municipalities help these NGOs. The dead should indeed lie in cemeteries, not in ditches, forests or in front of schools, as was the case in Madona until the summer. No matter which side they were fighting on. But it is wrong to use the dead for politics.

In 2014, Russian President Vladimir Putin established the Day of the Unknown Soldier - День Неизвестного солдата. On this day, wreath-laying ceremonies are held at Red Army cemeteries, manhood and courage lessons are organized in schools, search groups mark the date by reinterring the dead, and it is significant that such commemorative events brainwashing the public with the message of Soviet victory take place not only in the heir of the Soviet Union, the Russian Federation, but also beyond its borders. In all the countries that the Kremlin still considers to be its sphere of influence. Latvia too. A ceremony to rebury 14 Soviet soldiers on the first Saturday in December is being organized in Līvāni. The municipality was not forthcoming in explaining this necessity and also the choice of date. They only sent two documents.

The second document sent is a draft decision of the City Council authorizing the reburial. It does not mention the date of the reburial.

The Consul General is waiting for an invitation

Neatkarīgā contacted Imants Bricis, a representative of the organization Patriots, who found the Red Army soldiers. He told us in clear Russian that "half of those who died in this battle have already been buried in Līvāni Park, and therefore it has been decided that the rest should also be buried in the same place. It's just decent." The reburial ceremony will take place on the first Saturday of December. The Consul General of the Russian Federation will be invited to the ceremony by the Committee of the Brethren's Cemetery.

It was not possible to obtain an explanation from the Committee itself. It was also not possible to find out more about the planned reburial ceremony in Izvalta in the days before the holidays. However, the Consul General of the Russian Federation in Daugavpils, Evgeny Kolesnikov, responded promptly. He confirmed that every autumn, after the end of the search season, reinterments of the remains of Russian/Soviet soldiers also take place in Latvia and Latgale. However, these events are not organized by the Russian Consul General in Daugavpils, but by the search organizations themselves. They coordinate the reburials with the local authorities and the responsible Latvian organization, the Committee of the Brethren's Cemetery. The Russian side is usually informed about the reburial of the soldiers by an invitation to attend the ceremony. As of last week, the Consul General had not yet received such invitations. Apparently, the head of the Committee of the Brethren's Cemetery, Arnis Āboltiņš, is still composing them.

The Ministry of Foreign Affairs of the Republic of Latvia also has no information about the upcoming Red Army reburial. Soviet patriots are acting very independently.