"Recognizing the importance of civil society in shaping the country's internal security and public order policies" and so on, Interior Minister Marija Golubeva has closed the ministry's previous memorandum of cooperation with non-governmental organizations and established a new one. It brings together a number of liberal organizations with a similar profile, which support the Istanbul Convention and the admission of migrants to Latvia.
24.11.2021. Imants Vīksne 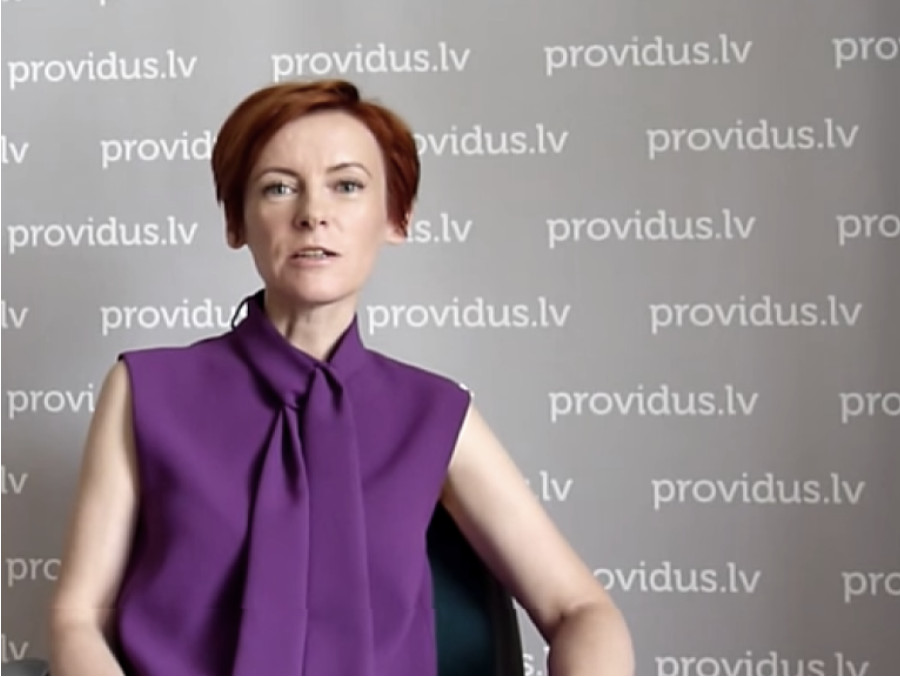 The latest organization to join Golubeva's memorandum is the association Gribu palīdzēt bēgļiem (I Want to Help Refugees). The situation is paradoxical. The Ministry of the Interior - the country's leading authority in combating the flow of illegal migrants and criminals across Latvia's borders - signs a contract with an association whose aim is completely the opposite - "to promote the protection of the rights and socio-economic integration of asylum seekers, refugees and persons with an alternative status into Latvian society". Among the signatories of the new memorandum are other organizations with a distinctly liberal outlook on life and common interests, the Minister's long-time workplace Sabiedriskās politikas centrs PROVIDUS (Centre for Public Policy PROVIDUS), the association Centrs MARTA, the association Skalbes, the association Latvijas Sieviešu nevalstisko organizāciju sadarbības tīkls (Latvian Women's NGO Cooperation Network).

The text of the memorandum of cooperation can be found here. And here are the Minister's words of guidance for the new format of cooperation:

"In my opinion, the non-governmental sector is an invaluable resource and an important cooperation partner in every field. Since I became Minister, I have met several organizations that cooperate with our services and I have seen that cooperation is indeed active and also effective. Therefore, the activation of the memorandum between the Ministry of the Interior and NGOs is an important step to strengthen cooperation for the benefit of society."

What was wrong with the old memorandum

Neatkarīgā asked the Ministry what was wrong with the previous memorandum, established in 2007. It turns out that the legal basis for cooperation has changed, and laws and regulations have been amended. The range of NGOs has also changed over time, some of them have been reorganized or have ceased their activities. But the declared objective remains essentially the same - public security - and, like the new memorandum, the previous one "served as a platform for cooperation with non-governmental organizations". However, cooperation on specific issues has been pursued in narrower formats, and the Ministry also gives several examples. The Ministry has a separate cooperation agreement with the Federation of Security and Defense Industries of Latvia. Representatives of the Latvian Volunteer Firefighters Association were invited to the working group dealing with fire safety issues. Non-governmental organizations were also involved in work on the prevention of human trafficking. Also in developing better methodologies for the business processes of the State Police and the State Fire and Rescue Service - in relation to pre-trial investigations, licensing and issuance of weapons permits, firefighting supervision. So these and other cooperation activities were implemented under the umbrella of the big memorandum.

The sector needs a general agreement

Armands Augustāns, the head of the Trade Union of Latvian Interior Employees, argues that the old memorandum did not work very well. It was a formal thing with a joint meeting once a year. And, most likely, the same will happen with the new memorandum. Unless it serves as a platform of influence for the few organizations involved in the fight against human trafficking, such as Marta and Providus. In Augustāns' view, the real platform for cooperation between NGOs and the state is the one that operates in the Cabinet of Ministers. Why, then, did the trade union decide to join the memorandum? Augustāns explains: so that they know what is going on if something does happen. The trade union is much more interested in another type of agreement - a general agreement in the internal affairs system. This would provide for binding obligations for the whole sector, regulating issues such as pay, working time, training, holidays, insurance, work-life balance. However, in the past two years, the struggle for a general agreement has not been successful. Firefighters, border guards and police officers lack such protection.

The union waited a year

There is, however, one modest success the union leader can boast of. Minister Golubeva has finally agreed to meet with trade union representatives. After a whole year in office. "It's surprising that we had to wait so long!" Augustāns wants to talk to her about the collective agreement and also to find out whether the Minister intends to run for the leadership of the interior sector after the next elections, in which case the principles of cooperation will have to be discussed more seriously. Until this conversation, the trade union leader refrains from giving a broader assessment of the Minister's performance. He merely acknowledges that after the chaotic work of Golubeva's predecessor, there is now a more structured approach to work and that heads of services no longer have to prove to someone why their work is necessary in the first place. But it is a fact that the Minister should take the trade union more seriously. Because, as Armands Augustāns says: "Ministers come and go, the trade union stays!"

The following organizations have signed the memorandum of the Ministry of the Interior: