How to choose the chief guardian of the Constitution

Following the passing of Jānis Maizītis, politicians promise to find a new head for the Constitution Protection Bureau "in the next few months". It'll take so long because any nomination has to be coordinated with partner services and allies.
26.11.2021. Imants Vīksne 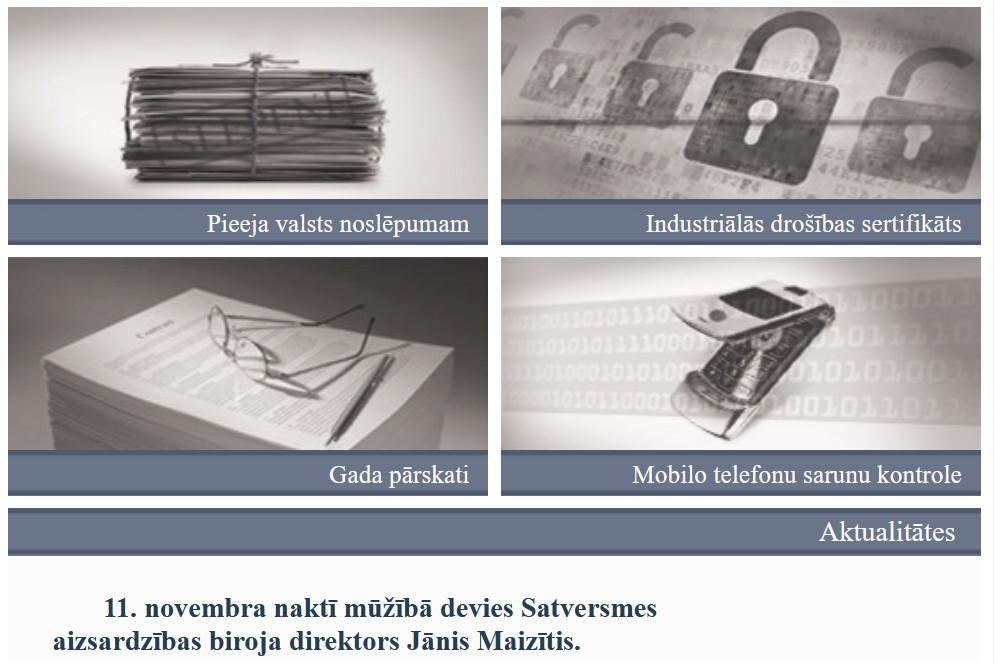 It is the opinion of the partner countries and NATO services that will play a decisive role in the choice of the CPB Director this time because it is not only Latvia's state secrets that will be worked with. Several candidates have already been made public that have been allegedly mentioned in backroom talks. The portal nra.lv has already reported that among the possible candidates for the post of CPB Director, according to information available to journalist Agnese Margēviča, are mentioned Deputy Head of the State Security Service Ēriks Cinkus, State Secretary of the Ministry of Defence Jānis Garisons, Director of the NATO Strategic Communications Centre of Excellence Jānis Sārts, as well as two diplomats - Latvian Ambassador to NATO Edgars Skuja and Latvian Ambassador to Germany Inga Skujiņa.

It is quite likely that these are just the first round of candidates, but the right one is yet to emerge. But these names also show that a candidate's experience in defense and foreign affairs, rather than knowledge of the Soviet era or criminal groups in the East, might be a decisive aspect in choosing a director. Neatkarīgā spoke to Juris Rancāns, Chairman of the Saeima Defence, Internal Affairs and Corruption Prevention Committee. He is one of the members of the National Security Council, chaired by the President of the Republic of Latvia, which will have to decide on the nomination of the CPB Director to the Saeima for approval.

Rancāns was careful about the names of the candidates mentioned in the backrooms: "I have no information that these are the candidates. Everything is still ahead."

But Rancāns' own criteria for choosing the next head of the bureau will be "compliance with the requirements of special laws, professionalism, loyalty, ability to cooperate with partner services". So partner services - domestic and foreign - are the key, and past experience shows that Latvian politicians are capable of doing anything if necessary, if allies demand it. Here is a little history.

Lainis Kamaldiņš started the Constitution Protection Bureau in 1995. He was a little-known police investigator with connections in the Latvian Way (Latvijas Ceļš) party. He was barely, barely re-elected for a second term. Too young, too talkative, too connected with politicians, and the work of the institution in general was systematically criticized. There were no results. He only put the office building in order, that's good. The next director of the CPB from 2003 to 2013 was Jānis Kažociņš. His appointment to such an important position seemed unusual to many at the time, as the Saeima had to pass a special law "On recognition of Jānis Kažociņš as a Latvian citizen". He had not previously taken advantage of the opportunity given to all Latvian emigrees to obtain citizenship of the Republic of Latvia; he had previously served in the British Armed Forces at the rank of Brigadier-General. The transcript of the Saeima sitting shows that it was not only the opposition that was mocking the entrusting of the country's main secret service to an agent of the interests of another country, albeit an ally. A clear conflict of interest. However, the justification for this was also given - "we will be integrated into the security structures of Western countries, first and foremost NATO". And even now, when it comes to the successor of Jānis Maizītis, NATO is mentioned by every decision-maker. The Director of the CPB has top-level clearance for Latvian state secrets and also for NATO secrets.

Path to the US Embassy

There was no great turmoil with the confirmation of Jānis Maizītis. Ten years as Prosecutor General, then a stint at the National Security Council as Secretary and Presidential Adviser. (These duties are now performed at the Riga Castle by Jānis Kažociņš). The path to the US Embassy was already trodden for Maizītis. You can read about it in this old publication of Neatkarīgā: "WikiLeaks exposes Latvian vices." Maizītis supplied the embassy with information, for example, about the then-mayor of Ventspils, Aivars Lembergs, and his state of health. But then, at the end of his second term, Maizītis' own health was failing. It was unlikely that he would have been confirmed for a third term, even though the law does not limit the number of terms a person can serve as CPB Director. However, politicians and Maizītis himself were spared this decision. He passed away on Lāčplēsis Day and now politicians have to agree among themselves and with the same US Embassy on a good enough Director for at least the next five years.

What the CPB Director can do

Why is this post so important and influential? Because the Director of the Constitution Protection Bureau is the person who knows everything. He is free to read all types of information and material held by public authorities and local authorities, regardless of any restriction on their use. The head of the CPB decides on the granting of state secrets clearances, and there have been many cases where political careers have collapsed because clearance has not been granted or has been revoked. The head of the CPB is the person responsible for detecting threats to national security and informing senior public officials. For these known reasons, and probably for many reasons that are not publicly known, politicians need to choose the country's chief guardian of the Constitution slowly and wisely. With white gloves, so to speak. The name of the right candidate will most likely be publicly and officially announced in January.

(1) The Constitution Protection Bureau is a state security institution supervised by the Cabinet. The Constitution Protection Bureau, in the procedure set by law, performs intelligence and counterintelligence activities, obtains, summarizes, stores, saves, analyses and uses information related to state security, defence and economic sovereignty in order to secure the state constitutional system, state independence and territorial inviolability against external and internal threats, as well as to protect the military, economic, scientific and technical potential of the country and state secrets.

(3) The Constitution Protection Bureau shall be the subject of operational activities.