Belarus is a cover for a wider Russian plan

By taking a short-sighted view of events on the Belarusian border, the European Union and NATO may miss the bigger events that Russia is staging. Belarus, Ukraine and the Russian gas pipeline to Germany are a tangle of problems to watch conjointly. President Lukashenko of Belarus has just declared that he has been misunderstood. He is not going to respond to European efforts to de-escalate the situation, but, on the contrary, will help all those who want to get to Europe.
29.11.2021. Imants Vīksne 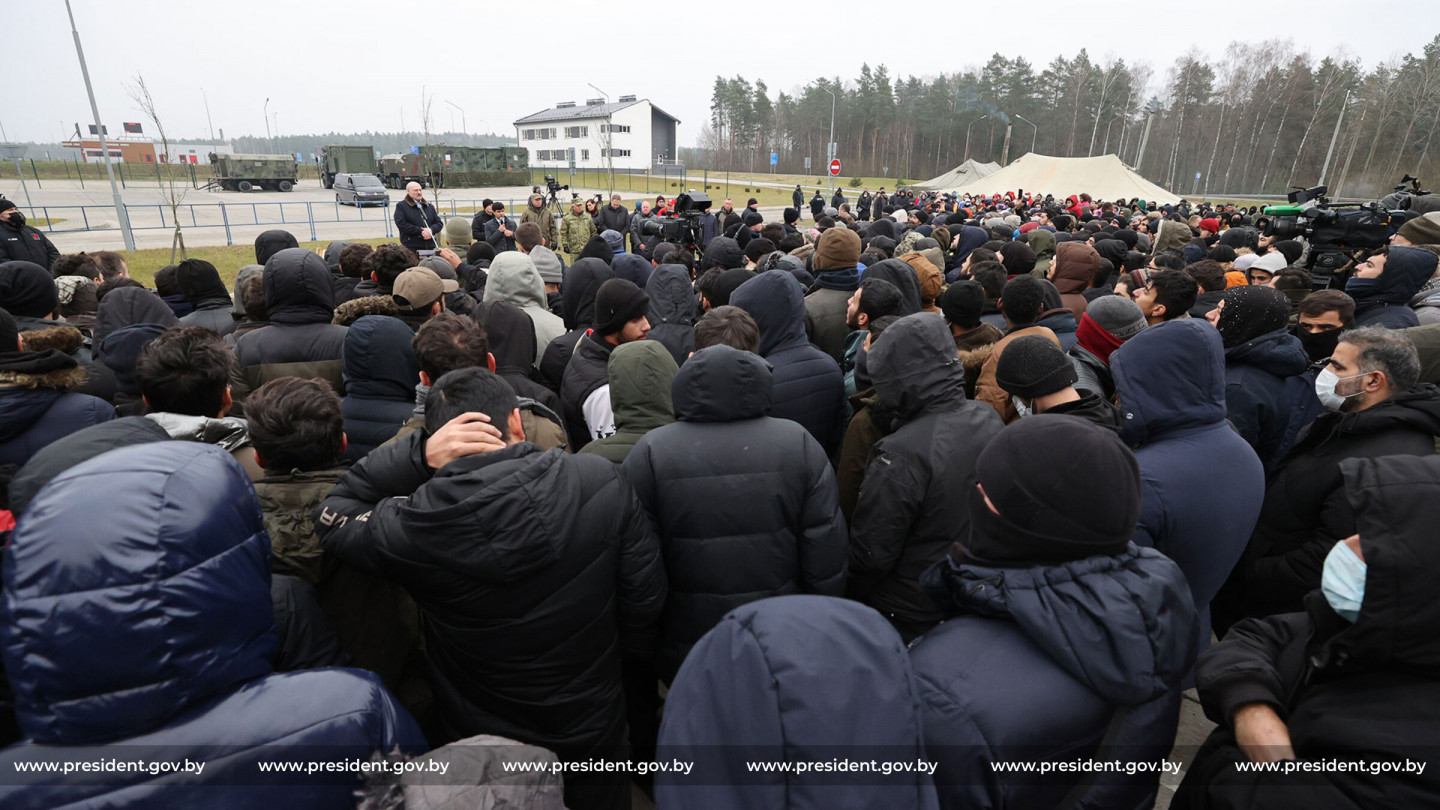 Almost every day, in various formats, defense experts and dilettantes alike discuss the security risks on the eastern border of the European Union and NATO. On Sunday, NATO Secretary General Jens Stoltenberg and European Commission President Ursula von der Leyen visited Latvia. They met Prime Minister Krišjānis Kariņš. They probably again talked about how "building fences is not in line with the values of the European Union, while expressing deep concern about the hybrid attacks carried out by the Lukashenko regime, instrumentalizing migrants" and so on, in the spirit of those who wish to welcome the migrants. Today they will speak with the President of Latvia, Egils Levits. European politicians hope that Alexander Lukashenko can be stopped by extending sanctions. In each case, the circle of Belarusian officials and institutions who are not allowed to enter the territory of the European Union and with whom European Union citizens are not allowed to cooperate, not allowed to trade, is being widened. For example, the European Union is currently sanctioning the Main Economic Department of the Belarus President Property Management Directorate. What does Lukashenko have to say about this? Given that the Member States are currently preparing to introduce the fifth round of sanctions, it does not appear that the Belarusian leader has been influenced to the point of agreeing to a peaceful de-escalation of the conflict. He is speaking to a very different audience than the outraged leaders of Eastern Europe.

On Friday, November 26, Lukashenko visited the Bruzgi transport logistics center on the border, where migrants are accommodated before pushing through the border. The President's website has a report of the visit. And he did not say - go home immediately, because the economic department of my palace can no longer buy me camembert from France and sprats from Latvia. He encouraged the migrants to endure and promised to do everything he could to help them get to Germany. So, all this talk about the effectiveness of sanctions and the first signs of concessions from Lukashenko is nonsense. In his speech, he called the Iraqis and the Kurds his honorable friends and said bluntly that the offensive on Europe would continue: "We will do everything as you wish, even if that's bad for the Poles and Latvians." Lukashenko said he would not wage war to create a corridor for migrants through Poland to Germany, but he would fully support efforts to get into the European Union independently. "The 1,000 or so people who wanted to leave have already been evacuated. But for the rest of you - we won't in any circumstances detain you, tie your hands and load you on planes to send you home if you don't want that. If you want to go westwards, we won't detain you, choke you, beat you. It's up to you. Go through. Go."

In his speech, Lukashenko shared more figures. There are currently around 2,000 people in the migrant camp and around 3,000 more in the interior of Belarus. Of the total number of migrants, about one-tenth are children and another one-tenth are women. It should be stressed that European politicians are operating with completely different figures, and it is assumed that between 7,000 and 20,000 illegal migrants are preparing to set off from Belarus towards Europe, but, as our Foreign Minister, Edgars Rinkēvičs, admitted earlier, even Lukashenko himself may not know these figures. To raise the migrants' spirits and fighting spirit, Lukashenko also told them the operational data - how many make it to the other side. On average, around 200 people a day cross the border of Poland, Latvia and Lithuania. Some are found and sent back to the border. Around ten people a day are gathered by Belarusian border guards and taken to hospital. On Friday, around 150 people were at the border, preparing to cross. Lukashenko's account completely contradicts claims by the Latvian, Lithuanian and Polish authorities that migrants are failing to enter European Union territory. That they are being caught. However, only those who are spotted can be caught. The criminals who are not spotted are heading for the interior of Europe.

In his speech, Lukashenko called on the Germans to accept the migrants in Belarus, as German Chancellor Angela Merkel had allegedly promised him, and on the Poles to put their crazed - as he called them - crazed government in order and let the migrants pass through their territory into Germany.

"If the Germans and the Poles do not hear me today, I am not to blame. We will work with you to achieve your dream. This is not populism. It will be as I have said today," Lukashenko promises migrants and threatens Europe. And the situation is made all the more dangerous by the invocation of Ukraine in his address to migrants. Afghans have started to move westwards through Ukraine. Ukraine is accordingly pulling troops to the border, while on the other side there are Russian troops who are there not because they wish to help with the problems of the migrants or Belarus. In a discussion just organized by the Ministry of Defense, experts came to the common conclusion that this winter could prove decisive for Ukraine. Russian pressure is already enormous, and a new escalation on the European-Belarusian border would help Russia to intensify it further. While Europe is wasting its time mollycoddling criminals in the name of humanity and human rights, the Kremlin is shifting the pieces on the European chessboard as it pleases. Europe may miss it. Just as it missed the occupation of Crimea.