On Thursday, Germany saw the "retirement" of its long-serving head of government and, it is safe to say, head of state, Angela Merkel, in a solemn ceremony. A great chapter in the history of Germany, and indeed of Europe, has come to an end. But life goes on, and this week (the Bundestag vote is scheduled for December 8) Germany will have a new, so-called traffic-light government with Social Democrat Olaf Scholz at its head.
06.12.2021. BLBens Latkovskis 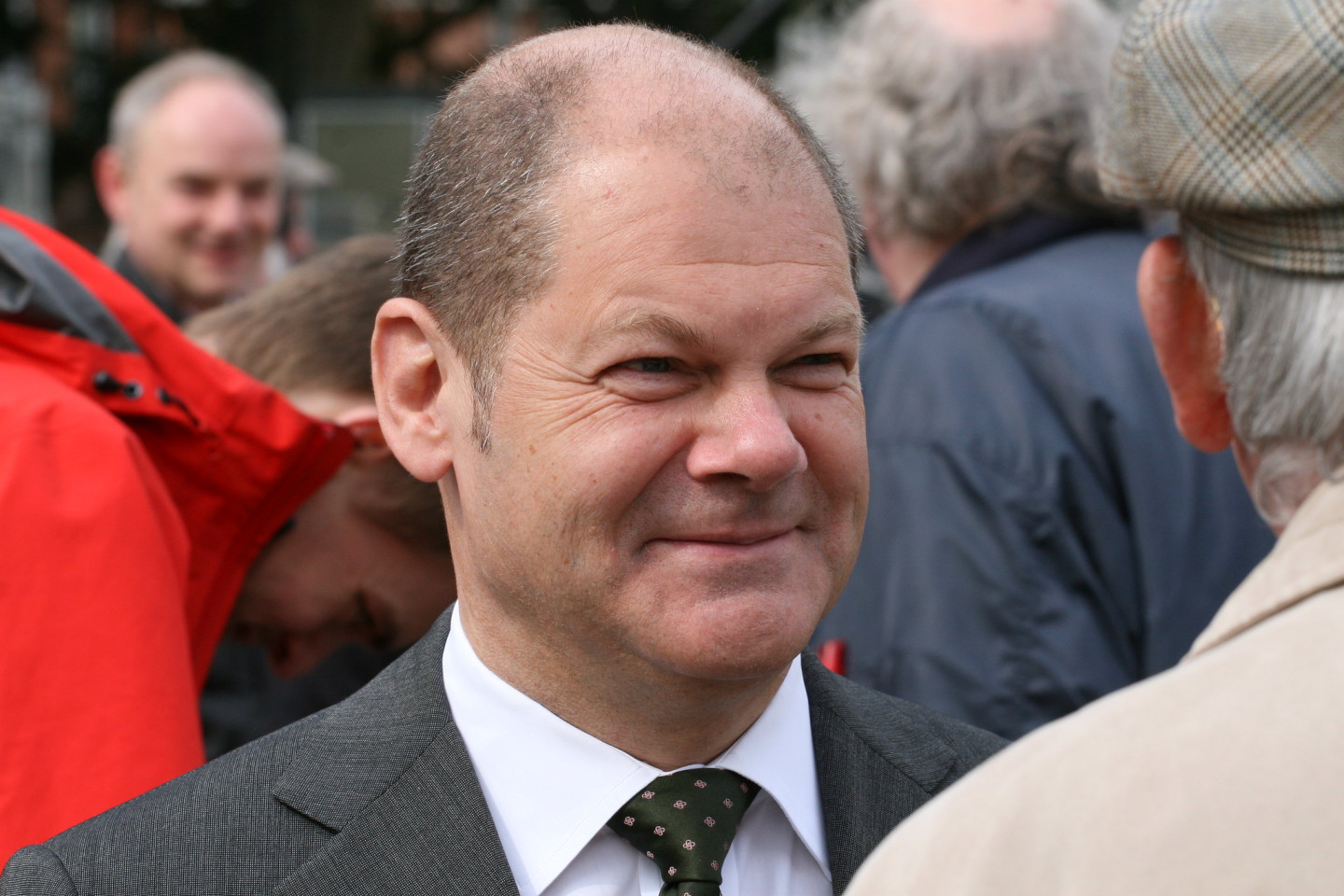 This week, Germany will have a new traffic light government with Social Democrat Olaf Scholz at its head ©SPD Schleswig-Holstein

Why is this government called a traffic light government? Because of the colors of the coalition parties - red for the Social Democrats; yellow for the Free Democrats; green for the Alliance 90/The Greens, with Alliance 90 being the party's East German (former GDR) wing. This left-liberal coalition has a very close counterpart in Latvia - Development/For! + Progressives (Attīstībai/Par! + Progresīvie). As in Latvia, the dreams of the German left theoreticians will be grounded by the practical business party - the Liberal Democrats (in Latvia's case, Jaunups/Pūce/Bondars' Development party (Attīstībai)).

What can we expect from the new progressive-left coalition? With climate issues now high on the agenda of the world's progressives, the new government's commitment to phase out coal-fired power plants by 2030 is usually cited as the most important. The Merkel government had planned to close the last coal-fired power plant in 2038. Since Germany already passed a law in 2011 by a large consensus (513 out of 600 MPs) to phase out nuclear power plants by the end of 2022, the energy supply situation is becoming more uncertain.

Gas plants are now becoming the main electricity producer, but the coalition agreement states that Germany must generate 80% of its energy from renewable sources by 2030, as opposed to the 45% committed to by the Merkel government. However much the gas lobby may try to claim that burning gas has a relatively low environmental impact, it is by no means a renewable resource and the combustion process produces large quantities of carbon dioxide, which is particularly disliked by climate activists.

The commitment to 80% of electricity consumption from renewable sources in eight years' time is described as either extremely ambitious or unrealistic, depending on the attitude. Given the German diligence, determination and generations of hard work, I believe that this truly almost unbelievable target will be achieved. What it will mean and how green it will be in the traditional, Latvian, nature-lover sense is another matter.

The thick coalition agreement describes at length the way forward to achieve the climate goals, but it hardly mentions the restoration of forests, scenic environments, unspoiled nature (except for the existing nature reserves). At the same time, the further industrialization of the countryside, polluting the environment with the technogenic scourge of wind turbines, is widely promoted. The tradition of house-roofing is also to be fundamentally broken. Red clay (or imitation) tile roofs will be replaced by modern (read: chemical) solar panels.

Can this change be seen as a move closer to nature? Green thinking? Depends on how one looks at it.

For German greens, the methane exhaled by cows seems to be a greater environmental blight than the production and disposal of lead-acid batteries for electricity.

It is clear that in Germany green ideas are mostly advocated by those who have grown up in cities for at least three generations and have their own particular urban view of "green", so one should not be surprised by some green ideas that may not seem so green to a Latvian nature lover. How these green principles correlate with energy prices, living standards and the general state of the economy is of little or no interest to the voters of these parties. They have never been interested in these issues because they and their parents have never had to worry about being poor and are deeply convinced that prosperity is a given per se.

But a large part of the Social Democrat electorate is precisely those who do not take welfare for granted per se, which is why a key point of their program is an increase in the minimum wage from 9.6 euros an hour to 12 euros an hour. This move was long overdue, ripe and, above all, relatively easy for the German economy to lift. At the same time, another promise made by the Social Democrats and the Greens - to introduce a so-called wealth tax - has been blocked by the Free Democrats. Since it is they - in the person of Christian Lindner - who will get the Finance Minister's chair, no left-wing "miracles" or extravagances are to be expected in the area of finance and taxation. "Tight financial policy and the frugal use of taxpayers' money will be at the heart of our financial policy," Lindner has said sternly.

The 2.5 billion euros that were to be collected from the never-implemented wealth tax is to be collected from the sale of cannabis, which is to be legalized for "medical purposes". It also aims to lower the voting age to 16, liberalize abortion propaganda (recommending it) and extend the right of same-sex "families" to adopt children. In other words, various leftist social experiments are given the green light.

From Latvia's point of view, the new German government is of interest from two points of view: 1) as a kind of testing ground, from which conclusions can be drawn - what steps to take and what to refrain from, what mistakes to avoid; 2) the foreign policy and security aspect. Will Europe and the world become more peaceful?

In terms of security, it is one thing to have political slogans when a party is still aspiring to power, and quite another when it is already in power. Especially when it is only one of several. So it will be a question of who has the moral and political upper hand within the government and the coalition because Chancellor Olaf Scholz has a very different foreign policy vision from the future foreign minister, Green leader Annalena Baerbock. It should be noted that the scandalous Nordstream-2 project is not mentioned at all in the coalition agreement, which shows that this issue has been removed from the agenda, despite the categorical objections of the Greens until recently.

As far as military security is concerned, Germany has traditionally taken a very peaceful stance and is more than anything afraid of being accused of a return to the Prussian militarism of the past. But here, too, the Greens seem to have outgrown their innate German sense of guilt and are taking a rather strict (even uncharacteristically strict for Germans) line against the Putin regime in Russia and its satellite, Lukashenko, who has lost his sense of moderation.

However, no one can predict at the moment to what extent this will be aggressive rhetoric, to what extent real steps to deter these regimes from possible moves. Time and the internal balance of forces within the coalition will tell because the Social Democrats are traditionally ready to work with Russia, no matter who is in power, because the Russians are poor, they are against the root of all evil - American capitalism, and therefore allies of the Reds. The logic there is simple, and there is no need to go into details.

From the point of view of political practice, it is interesting that the coalition agreement not only sets out all the possible issues on which there might be disagreements, the broad distribution of posts not only in the government and other political structures, but also the distribution of posts that will be available in the future. For example, the European Commissioner's chair after the European Commission will no longer be headed by Ursula von der Leyen. This post has already been arranged for the Greens.

Scholz himself has made stopping the Covid-19 pandemic the main task of his government. No concrete measures have yet been discussed, but to a large extent, the deeper political nature of the Scholz government will be judged by what it leans towards in this respect. I fear that this government will be much more authoritarian, that is to say, undemocratic, than the old Merkel government, which, with certain reservations, was nevertheless based on a traditional belief of good and evil.

Recent world events show that we are gradually entering an era in which democracy and people's freedoms are being curtailed by slogans of inclusiveness, "fairness" and concern for people's health, well-being and peace of mind. In other words, it looks as if the West has decided to repeat the same path that we once walked under the red flags. We can only hope it won't be as terrible.