Aivars Lembergs has gotten infected with Covid-19 in the Central Prison and has been transferred to the Prison Hospital in Olaine. Although he had regularly asked for a booster vaccine for several months, and his lawyers had submitted a request to the Riga Central Prison, these requests have simply been ignored.
08.12.2021. MKMāris Krautmanis 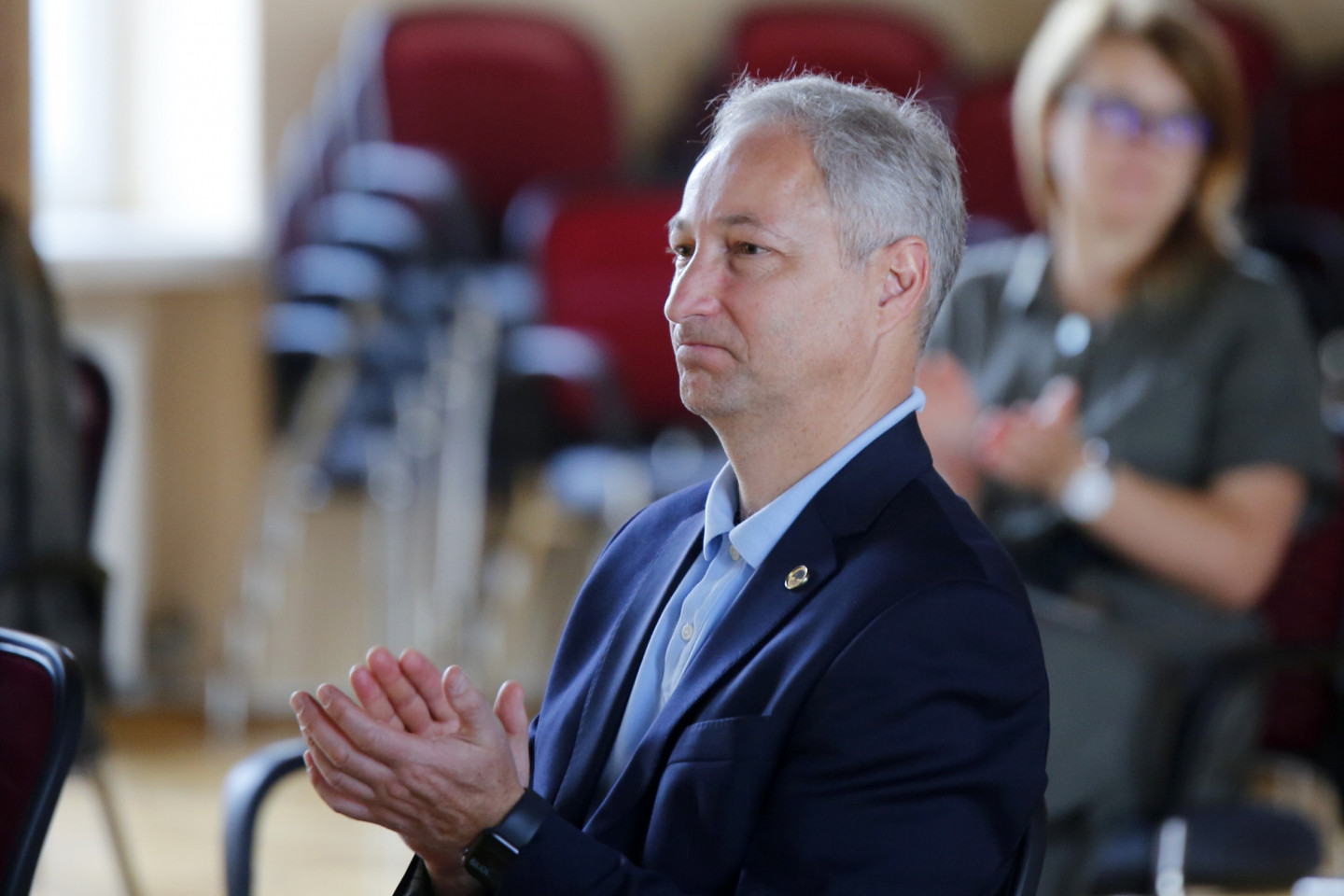 Civilized politicians are not supposed to use methods that are not decent, but this is probably not the case - it looks like Jānis Bordāns wants to destroy Aivars Lembergs ©Mārtiņš ZILGALVIS, F64 Photo Agency

Aivars Lembergs, because of his age and serious illnesses, is in the risk group for which the third vaccine should have been provided as a priority, but the Ministry of Justice authorities probably do not consider that the overall national policy to limit the spread of Covid would somehow also apply to prisons. Covid has reached Latvian penitentiary institutions, and 27 inmates have been found ill in the Central Prison alone. Prisoners do not walk around and the guards must have brought them Covid. Prisons must have an appalling disregard of Covid precautions if so many people have fallen ill.

Aivars Lembergs' condition is said to be serious but stable. Covid is not the only ailment he has - there are others, and since September he has also been suffering from a hernia, which has not been treated. Modern medicine heals hernia with surgery, but Aivars Lembergs is not receiving any help, and he must be forced to suffer constant pain. This is torture, which is not allowed by Latvian law or international law, but laws do not seem to be written for the Minister of Justice, Jānis Bordāns (JKP) - he seems to be the law, the prosecutor and the court. And now it looks like he wants to be the executioner too.

No, Aivars Lembergs has not been convicted, because the criminal case has only been heard at first instance. So there is a possibility that he could be fully acquitted at a higher instance. This could happen if Latvia was a country governed by the rule of law. Lembergs is in prison not because any of his crimes have been proven, but because the court has imposed a security measure - detention.

This is a very unique case - a person suspected of economic crimes is not normally imprisoned until the judgment has entered into legal force. But Aivars Lembergs is being detained. Moreover, the court had no indication that he could flee and avoid punishment if he were sentenced in a higher instance. Nor would he even theoretically have such a chance, since the special services have been on his trail for more than two decades. While the trials were taking place, Aivars Lembergs went abroad several times. Would he now suddenly decide to pack his suitcase and swim across the river to another country under the cover of night? That's absurd!

By imposing such a security measure, the court has ruled exactly as Aivars Lembergs' political opponents want - he has been "taken off the track" so that he cannot actively participate in the elections. Aivars Lembergs is a political prisoner, in the most classical sense of the term. It is not any legal arguments that have persuaded the court to rule the way it has, but harsh political pressure. The court has already seen the words used by Jānis Bordāns to denounce the Limbaži judge who, according to the Minister, had given the wrong judgment in another case. This had the chilling effect that the court of first instance did not dare to acquit Aivars Lembergs completely.

There has been a lot of propaganda against Aivars Lembergs and Ventspils over the years, some of it completely comical horror stories and fairy tales. However, if a topic is repeated over and over again, it leaves an impression on a part of society. Aivars Lembergs - thief, oligarch and what not.

But even under the strongest political pressure, the court has not had the courage to write in the judgment, even in one place, the phrase that Aivars Lembergs stole even a single cent from the state or the municipality. Nowhere does it say that! Aivars Lembergs has been acquitted on all counts of this kind in the prosecution's accusation. Because you cannot convict if it is clear that there was no crime.

The only crime allegedly committed by Aivars Lembergs in the judgment is the episode where he was accused of extorting a bribe.

How did that happen?

In 2008, a number of businessmen known to be in conflict with the Mayor of Ventspils suddenly remembered at the same time that Aivars Lembergs had extorted a bribe from them in 1993. Oh, those poor guys! The terrible Aivars Lembergs threatened them in every way and forced them to hand over shares in a transit company to him.

If Latvia is still a democratic and law-abiding country, Aivars Lembergs could have an excellent chance of obtaining an acquittal on all counts in the highest court. But is Latvia a democracy and a country governed by the rule of law? Doubts are beginning to arise.