Will the monument to Latvian legionnaires be dumped in the garbage?

After a long and apparently fruitless debate, an international group of experts, including Latvian representatives Didzis Bērziņš and Mārtiņš Kaprāns, decided to say "no" to the Latvian legionnaire monument in Zedelgem (Belgium), which was unveiled in 2018 in memory of the 12,000 Latvian prisoners of war who were held in a prisoner-of-war camp in 1945-46. The monument would have stood there for centuries, had it not been for the internet uproar about it caused by one Lev Golinkin, claiming that the Latvian legionnaires were guilty of "shooting Jews", thus providing material for the Holocaust businessmen's latest constructions of lies.
08.12.2021. Elita Veidemane 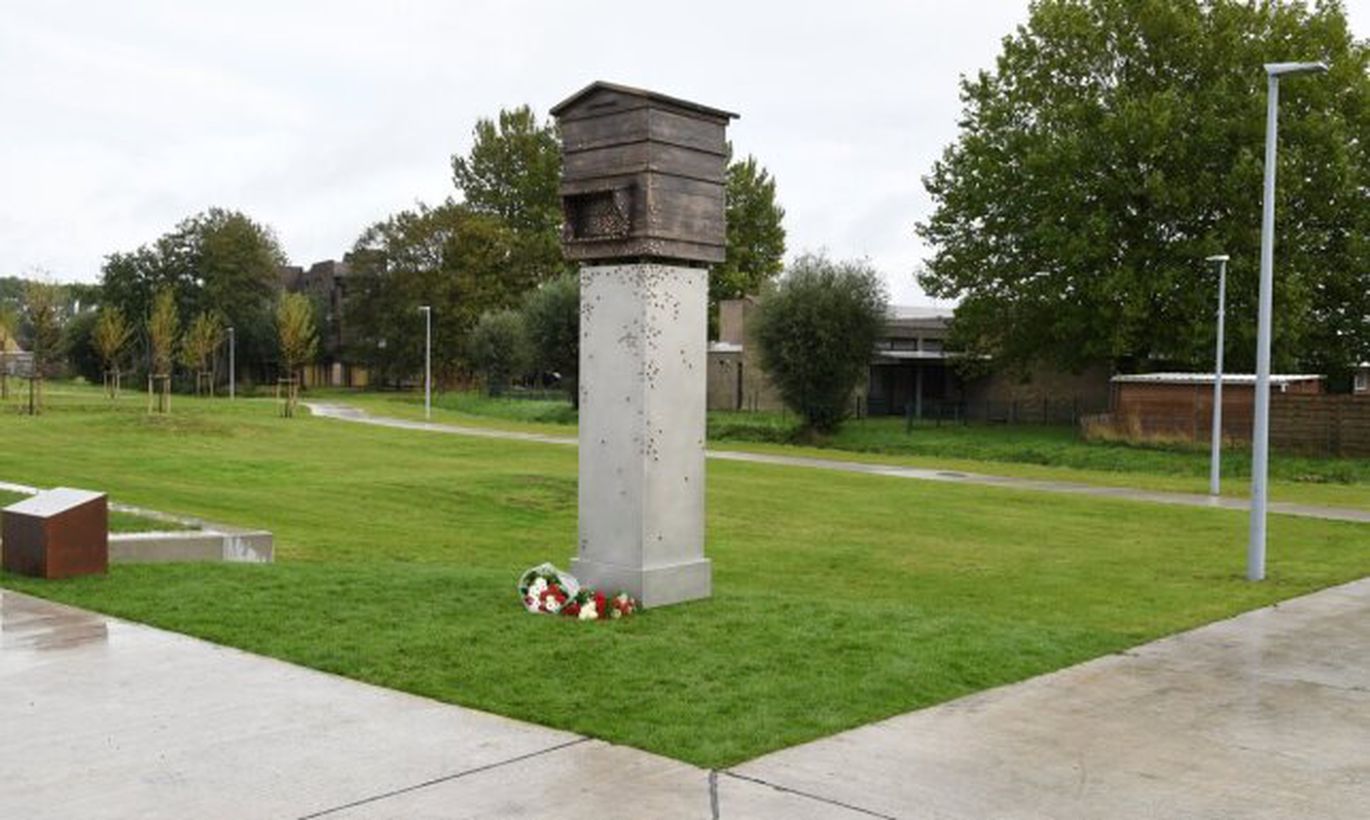 Legionnaires must return to their homeland

In 2018, the Latvian Beehive for Freedom monument dedicated to prisoners of war was warmly unveiled in the presence of many local residents by Mayor of Zedelgem Annick Vermeulen, Ambassador of the Republic of Latvia to Belgium Ilze Rūse, and Chairman of the Board of the Occupation Museum Association of Latvia Valters Nollendorfs.

After Golinkin's writings, Paris Match Belgique published an article about the legionnaire monument in Zedelgem, quoting the leading Holocaust businessman, Efraim Zuroff of the Simon Wiesenthal Centre, who traditionally claimed that the legionnaire monument desecrated the memory of the victims of Nazism. This propaganda song was soon joined by Belgian leftist politicians repeating the mantra of "Latvian Nazis".

The pressure on the municipality of Zedelgem was massive, and chances were high that not only would the explanatory plaque be removed, but also the monument itself would be demolished. This is one of the options because the claim that the monument will be "moved" sounds like a promise to simply throw it in the garbage or, at best, return it to its creators with the whole historical explanatory plaque. 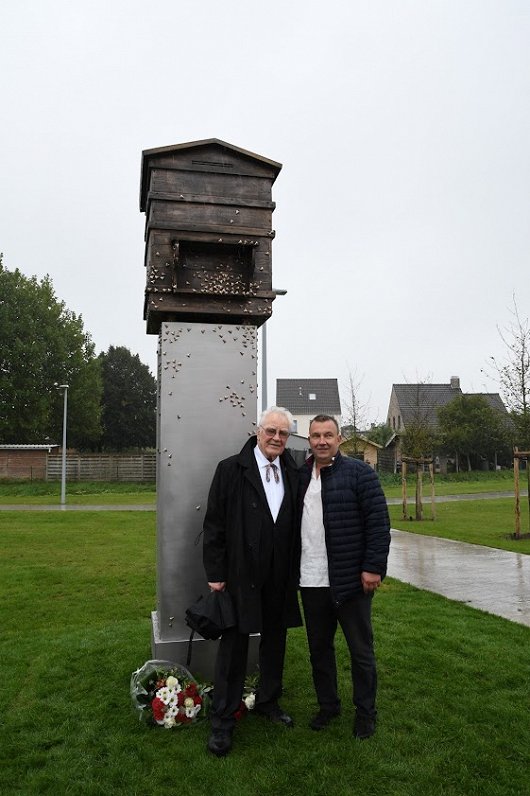 The fact that for two years Latvian soldiers had to live in terrible conditions in which they got sick and died is of little interest to anyone anymore. But the question remains about the 80 legionnaires whose ashes lie in Zedelgem. They need to be brought back to their homeland. That is the job of our politicians - if they have the courage and the determination to open the way for the legionnaires to return to Latvia.

I wanted to know the opinion of the highest officials of the country on this situation, given that the 1998 Declaration on Latvian Legionnaires in World War II, adopted by the Saeima, has not been repealed. It explains the historical situation in which the Latvian legionnaires found themselves, and why they cannot and should not be considered Nazi criminals, since they were not (this was also recognized by the Nuremberg trials) and were never linked to the military or ideological aims of Nazi Germany. Among other things, the declaration states that "the Government of Latvia is obliged: (...) to take care to prevent violations of the honor and dignity of Latvian soldiers in Latvia and abroad".

Replies were immediately sent by the Minister of Foreign Affairs Edgars Rinkēvičs (JV), the Minister of Defence Artis Pabriks (A/Par) and the spokesperson of the President's Chancellery Aiva Rozenberga. Yesterday we also received a reply from the Speaker of the Saeima, Ināra Mūrniece (NA).

Edgars Rinkēvičs: "The Embassy of Latvia in Belgium has received information from the municipality of Zedelgem that the symposium of international historians on the complex historical events of the arrival of more than 12,000 Latvian prisoners of war in Zedelgem has recommended that the Latvian Beehive for Freedom monument be moved from its current location. I cannot comment on the reasons that led to this recommendation, but it is significant that historians have encouraged more research into the complex issues of the Second World War in the context of the Zedelgem POW camp.

Since this issue was raised, the Latvian Ambassador to Belgium Andris Razāns has been in constant contact with the municipality of Zedelgem and will visit it this week to discuss the way forward with the city's leadership. The municipality has assured the Latvian Embassy that no decision has been taken on the relocation of the monument. It wishes to discuss the future with the Museum of the Occupation of Latvia, which has been a partner of the city since the installation of the monument. I have also informed the highest officials of the state about the development of the situation on 3/12.

The fate of the Latvian Beehive for Freedom is and will continue to be a matter of concern for the Latvian Ministry of Foreign Affairs and the Latvian Embassy in Belgium. Our aim is to ensure that the history of our country and people, as well as the memorials and monuments that symbolize it, are treated with respect and objectivity. If the city of Zedelgem decides to relocate the monument, every effort will be made to do so as quickly as possible and with objective information about its significance.

In recent years, there has been a growing tendency on the part of Russia to denigrate and rewrite the history of Europe and Latvia in the 20th century. Unfortunately, these efforts find open ears among many historians, journalists and politicians in European and world countries. We have both refuted and actively explained our history, and we will continue to do so. At the same time, the capacity of our historical studies and the resulting historical diplomacy needs to be seriously strengthened so we could be heard more."

Later, Edgars Rinkēvičs sent a follow-up: "Belgium does not have an embassy in Latvia, so the work is mainly done in Brussels through our embassy. The Ambassador already went to the Foreign Ministry in the summer with a démarche, but Belgium is a federal state and the federal government has limited possibilities to influence Wallonia and Flanders. Our work is aimed at preserving the monument, not demolishing it, which is something that the Russian propaganda is already celebrating, even if it ultimately means relocation.

We have agreed with the highest officials of the country (the President, the Speaker of the Saeima, the Prime Minister and the Head of the Saeima Foreign Affairs Committee) that we will discuss this matter in our talks with our Belgian counterparts. I do not exclude the use of different types of diplomatic means of communication at the time and in the situation.

On reburial: that is more a matter for the Ministry of Defense colleagues and the relevant public organizations. If they take such a decision, the Ministry of Foreign Affairs and the Embassy will provide all the necessary support. My personal opinion: our soldiers, whatever war they have fought and on whichever side they have fought, should come home."

Bridging the gap in our shared understanding of history

Reply from Aiva Rozenberga: "The President of Latvia is in constant contact with the Minister of Foreign Affairs on this subject. The Minister of Foreign Affairs, who has already given you a detailed answer on this subject, has informed the President and other officials about the situation. The President of Latvia has also expressed his strong support for further active diplomatic efforts to clarify Latvian history at a time when we often see attempts to rewrite history or spread disinformation. All those who died in the Second World War were victims of two totalitarian, criminal regimes."

Artis Pabriks: "When the monument was erected, I was very happy that historical justice and respect for the Latvian legionnaires and prisoners of war had finally prevailed. My father was also in prisoner of war camps on French territory, so my family and I have donated to the Zedelgem monument. I believe that the Latvian Ministry of Foreign Affairs should protest in the strongest terms to the Belgian Government about such ideas and ensure that the Zedelgem monument is not touched and is properly honored, that pro-Kremlin propaganda does not prevail in Belgium."

Ināra Mūrniece: "It is a great pity that the monument in Zedelgem, which was unveiled with the support of the municipality of this town, is currently under attack. It is important to continue to explain, no matter what, that the Latvian legionnaires were not war criminals, but victims. The Nuremberg trials recognized that war criminals did not include persons who were 'conscripted by the state in such a way that they had no choice, and who had not committed such crimes'.

We must continue to research, to analyze the facts of the past, to be able to present what we know in a way that is comprehensible even to those who are used to living in a different information space. We need to move more actively towards a common understanding of European history. I think it would be useful to think about reestablishing the Committee of Historians, perhaps at the University of Latvia. This committee should be able to analyze the situation quickly and help clarify complex issues of Latvian history at home and internationally.

The Zedelgem monument is symbolic of the fact that the gap in our common European understanding of past still needs to be bridged."

"In Zedelgem camp there were around 12,000 Latvian soldiers. This is equivalent to the number of bees in a hive. My idea is to unite in this monument the common European values and symbolic language understood by all Europeans with something special and visually characteristic only to Latvia. The Latvian bee colony in Belgium. The bee colony is a nation. The hive is their state with its own army, law and order. Bees are peaceful. They do not attack of their own accord. They sting only when they feel threatened. They defend, fight and die for their hive, colony and freedom," is how sculptor Kristaps Gulbis justified the idea of his work.

The position and the poetics of the idea are absolutely clear. It was also historically and factually highlighted by the Museum of the Occupation of Latvia: "It is necessary to emphasize that during the Second World War the occupation forces carried out illegal mobilization in Latvia. The majority of Latvian soldiers were forcibly conscripted into the ranks of the German armed forces. It is important that the Latvian legionnaires were never members of the SS organization. The Latvian Beehive for Freedom monument glorifies neither the SS as a whole nor the Waffen-SS. It does not use any political symbols.

The monument is dedicated solely to the Latvian prisoners of war who were held in the Zedelgem camp under very difficult conditions. Quite a large number of prisoners fell ill and died. There is no basis for the claim that the prisoners of Zedelgem as a whole were involved in war crimes or genocide. The Belgian Deputy Prime Minister and Minister for Justice, Vincent Van Quickenborne, has quite rightly pointed out that suspicions of any crimes must be properly investigated. It is incorrect to attribute any collective guilt to Latvian soldiers."

At a time when monuments to the Soviet occupiers are being restored in our country and neither local authorities nor higher powers are even trying to oppose these actions, perhaps a miracle will happen and the Beehive in the distant Zedelgem will be saved by joint efforts, and historical truth and justice will prevail. But harsh experience shows that this can only happen if officials are told continuously - continuously! - to get moving.

Obviously, the same must be done right here, looking with "love" at the monuments of the occupiers, both those who are monstrous in their ghastly tastelessness and those who are tiny and beat up. Get moving, those in power, cleanse the land of occupiers, restore historical justice. 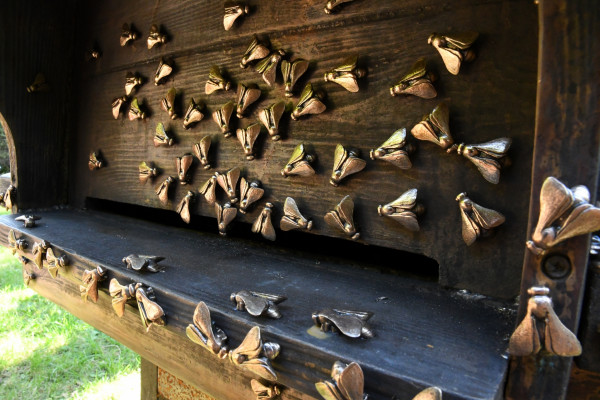