In Friday's issue of Neatkarīgā, I wrote about Mike Judge's film Idiocracy, based on a screenplay by the legendary Ethan Cohen. The government of idiots depicted there looks like a literal rip-off of our Kariņš/Pavļuts model. See for yourselves.
13.12.2021. BLBens Latkovskis 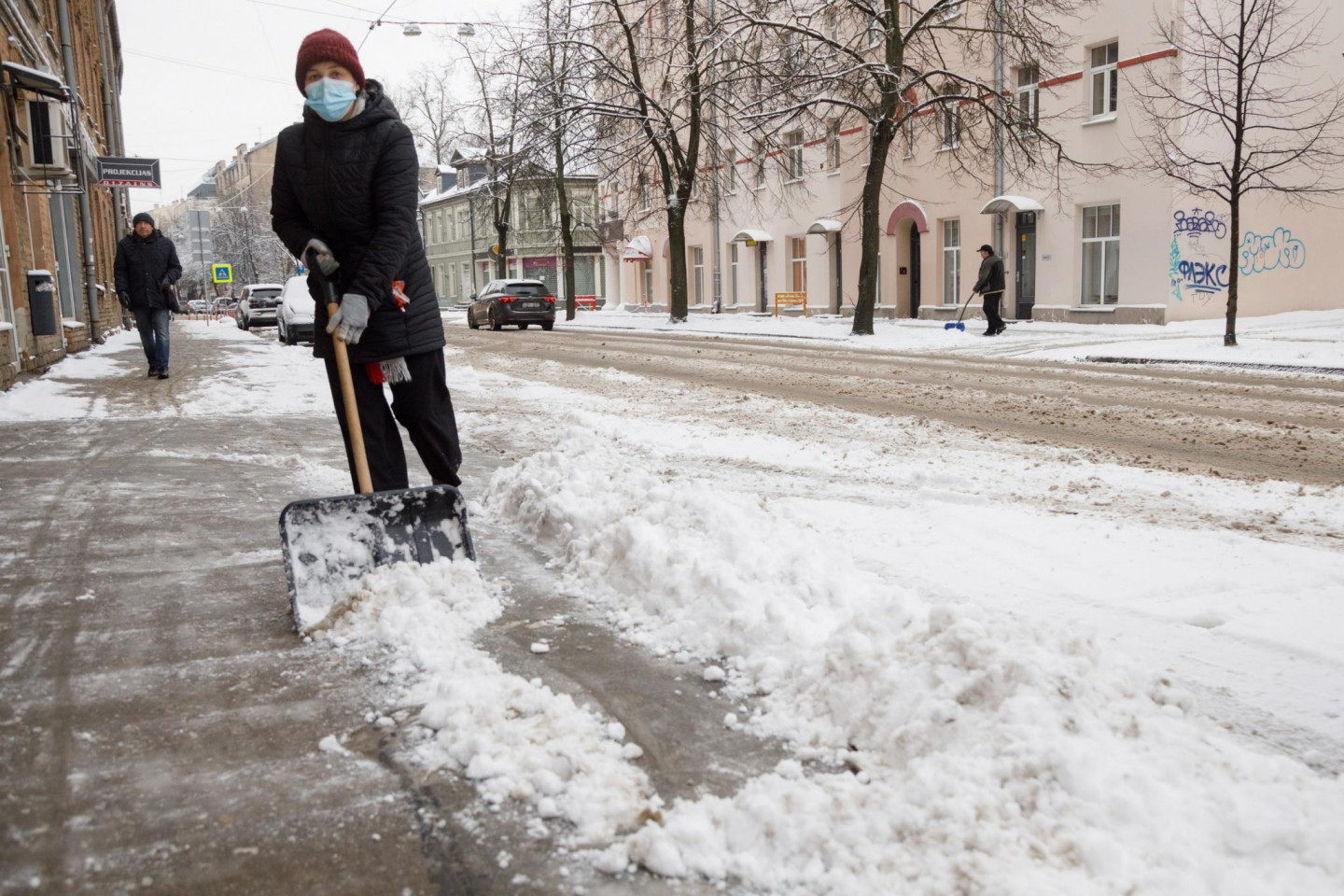 Despite there being "more snow than there has ever been", pavements in Riga are not being properly cleaned because many of the street sweepers have been fired for not having a Covid certificate. ©Ģirts Ozoliņš/F64

In order to force as many people as possible to be vaccinated against Covid, the Kariņš/Pavļuts government adopted on October 9, 2021, Cabinet Order No 720, which states in paragraph 5.3: "Employees and officials of state and municipal institutions (including capital companies) may perform their duties from November 15, 2021, only if they have a certificate of vaccination or recovery."

The main sign of an adult, sensible person is to be aware of the consequences of every decision. The consequences of this decision were not on the mind of the Kariņš/Pavļuts government at the time, because it had only one agenda: the fight against Covid and the money that would come with it. But the government's loyalists - the opinion leaders - propagandized this decision with a primitive cliché: we don't need teachers in schools who are so stupid that they don't believe in science.

It is not the purpose of this article to find out what the "science" is that is to be believed and who the "disbelieving" morons are. But this idea not only exists: vaccinated - smart, unvaccinated - stupid, but is basically the main foundation on which the whole ideology of Covid hysteric rests. Who would want to be lumped into the category of "stupid"?

The long-term bitter cup of this Cabinet decision will have to be drunk by us as a society as a whole, but these days we can already see its first consequences. It should be pointed out straight away that these consequences are not only the result of the ill-considered Cabinet decision of October 9. This government decision has only deepened the crisis in an already difficult area. We are talking about an area of everyday life that is hardly visible, but which is actually very important, such as the work of street sweepers.

These days, when there is "more snow than there has ever been", just like in the government with money, there are cries of despair on social networks - where have all the street sweepers gone? In many places, pavements are not cleared at all, or so carelessly that they cannot be walked. Cleaning the streets is another, perhaps even sadder story, but let's leave it alone for now.

So where are the street sweepers? As Latvian Radio correspondent Viktors Demidovs reported on November 22 this year, "Rīgas namu pārvaldnieks is currently short more than 100 street sweepers... More than 40 employees, half of whom are street sweepers, have had to be suspended because of the lack of a Covid-19 certificate. More employees may be dismissed in the near future, as some of the company's representatives are currently on sick leave or are forced to take leave because they do not have Covid-19 certificate." There is no reason to believe that the situation would be different in other city management companies. The same applies to schools, the medical sector and the care sector (nursing homes). But street sweeper work is considered to be the sector with the lowest "qualification" requirements, and even this sector has been messed up by our government of "alternative intellectuals".

The queues on the streets outside shops, pharmacies, bakeries, where only one or a few people could go into at the same time because of the government order, looked particularly idiotic on the cold days of last week. The fact that at the same time people were packed like sardines in public transport is of no interest to the government. Similarly, it defies all logic to penalize supermarkets and cafés by requiring every visitor to show a "Covid ausweis" - the Covid certificate along with their passport. Shops are quite arbitrarily divided into different competitive segments. And for reasons completely outside their control. Purely on the basis of the size of the sales premises.

I have three supermarkets within a 300-metre radius of my house - two of them require you to show your "ausweis" at the entrance, and one is free to enter. Although I not only have this ausweis, but it is in my pocket with my identity document, I choose on principle the shop that does not ask me to show anything, because I support the principle that any privilege humiliates the recipient. Even more so. I bought a discount card in this shop, which I had never done before in any chain shop at all, even though I shop regularly.

I do not think I am the only one. Here's the headline of an article in the Liepāja newspaper Kurzemes Vārds: "'The green one' steals shoppers, stores are empty." By "green one" here it is meant the presentation of a Covid certificate and this very idea of dividing the flows of people into "green" and "red". Daiga Lutere and Ilze Ozoliņa write: "Walking around the mall, you can see that even though it is the end of the working day, which has always been a busy time for shopping, there are very few or even no people in the shops that rent their place in the shopping mall. According to the manager of R.D.A. store Daina Kuzņecova, since the checks at the entrance, the number of shoppers has noticeably decreased."

What have these shopkeepers and workers done wrong that they have to suffer because of the government's arbitrary, illogical decisions, taken on the basis of nothing more than the belief in pseudo-science and a populist desire to please the electorate that has been taken over by that same belief?

I can answer. Their sin is passivity, apathy and a willingness to accept whatever the authorities say. Submissive people always suffer when the situation becomes such that power can get away with its selfish aims at their expense. Here, of course, we should speak separately about the phenomenon of Gobzems, who has been extremely successful in discrediting any protest movement against the current regime, but that would be another story altogether.