"The world has fallen out of love for democracy anymore" and "I am convinced that freedom of conscience, together with the other civic rights, provides the basis of progress" - these are the two main theses to note in the Nobel Prize speech by this year's Nobel Peace Prize winner, Dmitry Muratov, editor-in-chief of the Russian newspaper Novaya Gazeta.
14.12.2021. BLBens Latkovskis 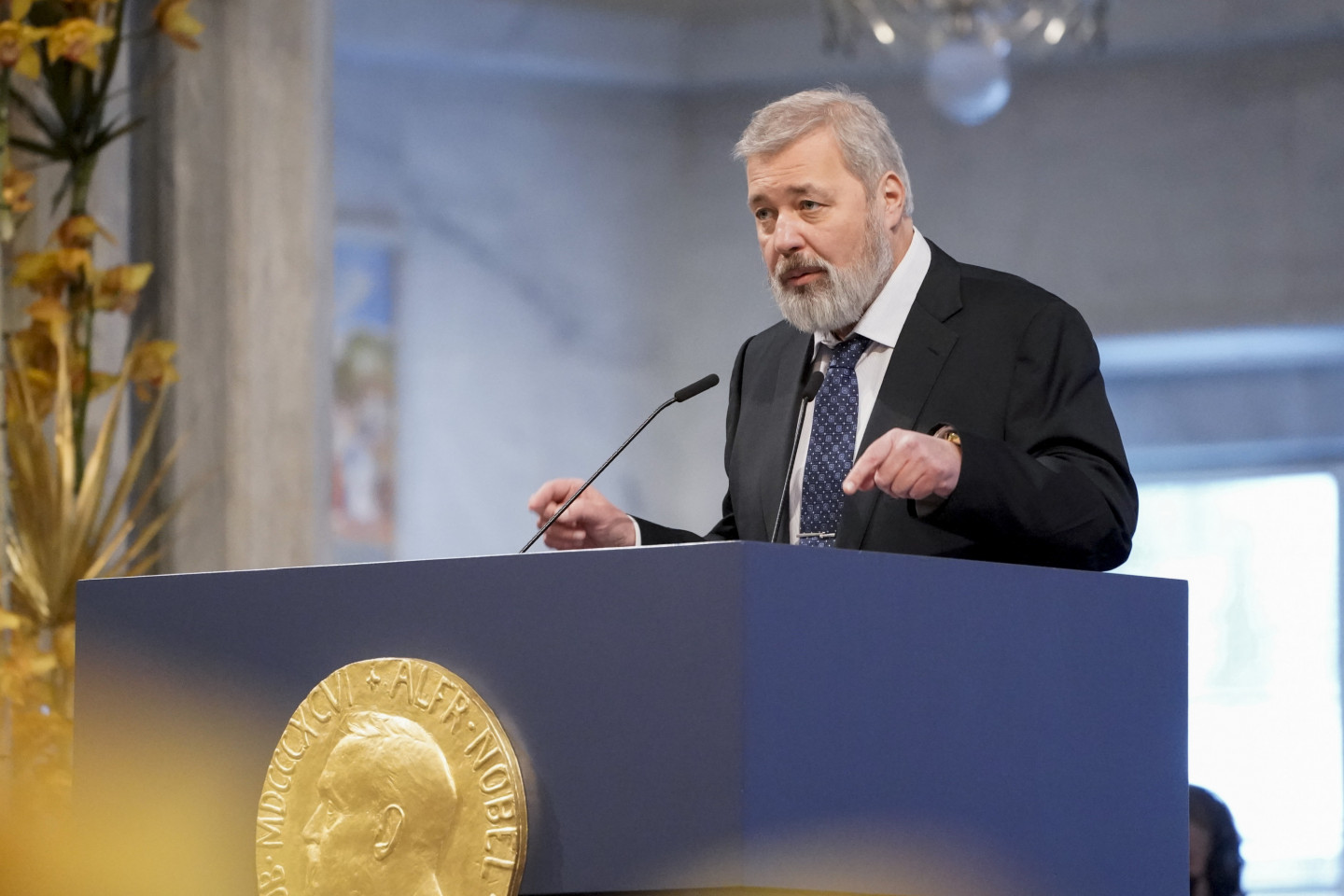 It should be immediately clarified that the statement about freedom of conscience as the basis of progress is not Muratov's own. He is merely quoting a speech by another Nobel Peace Prize laureate, physicist Andrei Sakharov, delivered in the same hall in 1975 by his wife, Elena Bonner.

Before examining the two central theses of Muratov's speech in more detail, a few words should be said about the mess that broke out in Russian anti-Putin circles after his speech in Oslo. In Russia, many people who can't stand Putin and his authoritarian regime are deeply convinced that this year's Nobel Peace Prize should have gone to Putin's main, not to say only, real political opponent, Alexei Navalny, who has been imprisoned for almost a year now. The award of the Nobel Prize to anyone else, including Muratov, cannot be accepted by these fans of Navalny. Even now, they are accusing Muratov on social networks of not being harsh enough in his speech, not mentioning the poisoning of Navalny, etc. They accuse him of not clearly calling Putin a murderer.

Muratov has demonstrated his courage and his integrity on more than one occasion, so I believe that awarding him the Nobel Prize is an excellent compromise on the part of the Nobel Committee, given that the prize could just as easily have been awarded to, say, the World Health Organisation "for its contribution to the fight against the pandemic", which really would have been a spit in the face. From prison, Navalny himself congratulated Muratov on the prize, and there was no bitterness in his congratulations to be read between the lines.

Nor was it the case that Muratov had forgotten Navalny in his Nobel lecture. He mentioned Russia's chief political prisoner and demanded his immediate release. In my opinion, Muratov's speech was, on the whole, sufficiently harsh from all points of view. In true Muratov style - perhaps without loud swearing and harsh words, but clear, measured and precise. He listed the main problems of the world and Russia - the already mentioned dislike of democracy, the propaganda of militarism, the migrant crisis inspired by the Belarusian dictator and the methodical torture system in Russian prisons. He called for the establishment of an international tribunal against torture.

The world has fallen out of love with democracy, is the central thesis of his speech. "The world has become disappointed with the power elite. The world has begun to turn to dictatorship. We’ve got an illusion that progress can be achieved through technology and violence, not through human rights and freedoms. This is progress without freedom? It is as impossible as getting milk without having a cow..."

Although Muratov's idea was quite broadly expressed, there are different possible interpretations. I assume that many will want to understand the meaning of these words narrowly. That is, the usual finger will be pointed at Trump, Putin, various populists, disinformers and other weirdos. Muratov uses the word "fallen out of love" (razlyubila). That is to say, the world continues to talk about democracy, lives in a conditional democracy, but no longer sees it as a value in itself to be loved. Democracy has become a kind of acceptable partner that can be lived with, sometimes even used, but which is no longer "I can't and won't live without you".

In the pandemic, we have seen very clearly that the concept of democracy can be stretched in many different ways, and even in the most advanced democracies it is treated loosely - it is pulled the way it suits the political class on a given issue. From this pulling comes a second insight - that of freedom of conscience, freedom of belief as the basis of progress.

This 1975 thesis of physicist Sakharov was expressed at a time when freedom of speech in the USSR, China and the rest of the socialist bloc of countries was, in modern parlance, completely cancelled. Unfortunately, this cancelling of freedom of opinion is now making a comeback in the so-called free world. Today's left is patting itself and its followers on the back and comforting each other with the phrase that what is happening now is very different. It bears no resemblance to the Cultural Revolution in China, nor to the censorship of the Glavlit in the Soviet Union. Nor is it similar to the restriction of freedom of expression in Putin's Russia, because this here is a positive selection. Only the "bad" are being cancelled. The fact that in earlier times the communists and fascists also banned only the "bad" and allowed only the "good" does not count, of course, because everything in the past was a priori bad and wrong, unlike what today's "priests of correctness" are doing. Unlike the leftists of the past, they are now able to distinguish unerringly between what is "good" and what is "bad".

Democracy has lost its integrity, its moral authority, has become so hypocritical and two-faced that it allows blatantly undemocratic countries like Russia to sow doubt and disbelief in the worth of democracy quite easily. Although the level of democracy in the West and in the relative East is not comparable, neither can it be said unequivocally that there, in the USA, Germany or Australia, is the kind of democracy to which we should necessarily aspire. Yes, there are many things that are better in those countries than in ours, but there is no longer any certainty that what is being done there is worthy of imitation and emulation.

Unfortunately, the ruling political class here is also pushing society almost violently in the direction of this peculiar understanding of democracy. A democracy that the public not only no longer loves, but does not even want to love. Which is rapidly losing its appeal, increasing political confusion. The majority, as the data by SKDS on the LTV program "Kas notiek Latvijā?" shows, do not support the course of the ruling parties, but do not see attractive figures in the opposition either. It used to be quite clear - the Kremlin, Moscow, Beijing on one end, the White House, Washington, London on the other, but now there is a political gangster on one end, and on the other, there are some salesmen with no will, who talk about "values", about "democracy", but for whom no great respect grows.

The world is clearly losing its bearings. Humanity has already walked the path pointed out by Marx, Engels, Lenin, and Hitler. Will it really decide to repeat it again? Muratov warns us of this when he says that the world has fallen out of love with democracy. If it does not love someone, it is very likely to love its alternative. No matter in which form, right or left. As Muratov put it so imaginatively, they will start thinking that you can have milk without a cow. They will imagine that they can live well without freedom of conscience and belief. Unfortunately or fortunately - you cannot.