The arrogant Police Chief Ruks: If every construction worker starts reading the Constitution, the system will collapse

How to evaluate the "Rododendrs" event at the Riga Castle organized by the well-known political showman Aldis Gobzems? I have to tell it like it is. It is ambiguous because, on the one hand, it was undoubtedly a poorly organized event without a serious scenario, purpose and, one might even say, meaning, but, on the other hand, it is hard to condemn it because Gobzems is used by various loyalists no less, perhaps even more than by critics of the government.
15.12.2021. BLBens Latkovskis 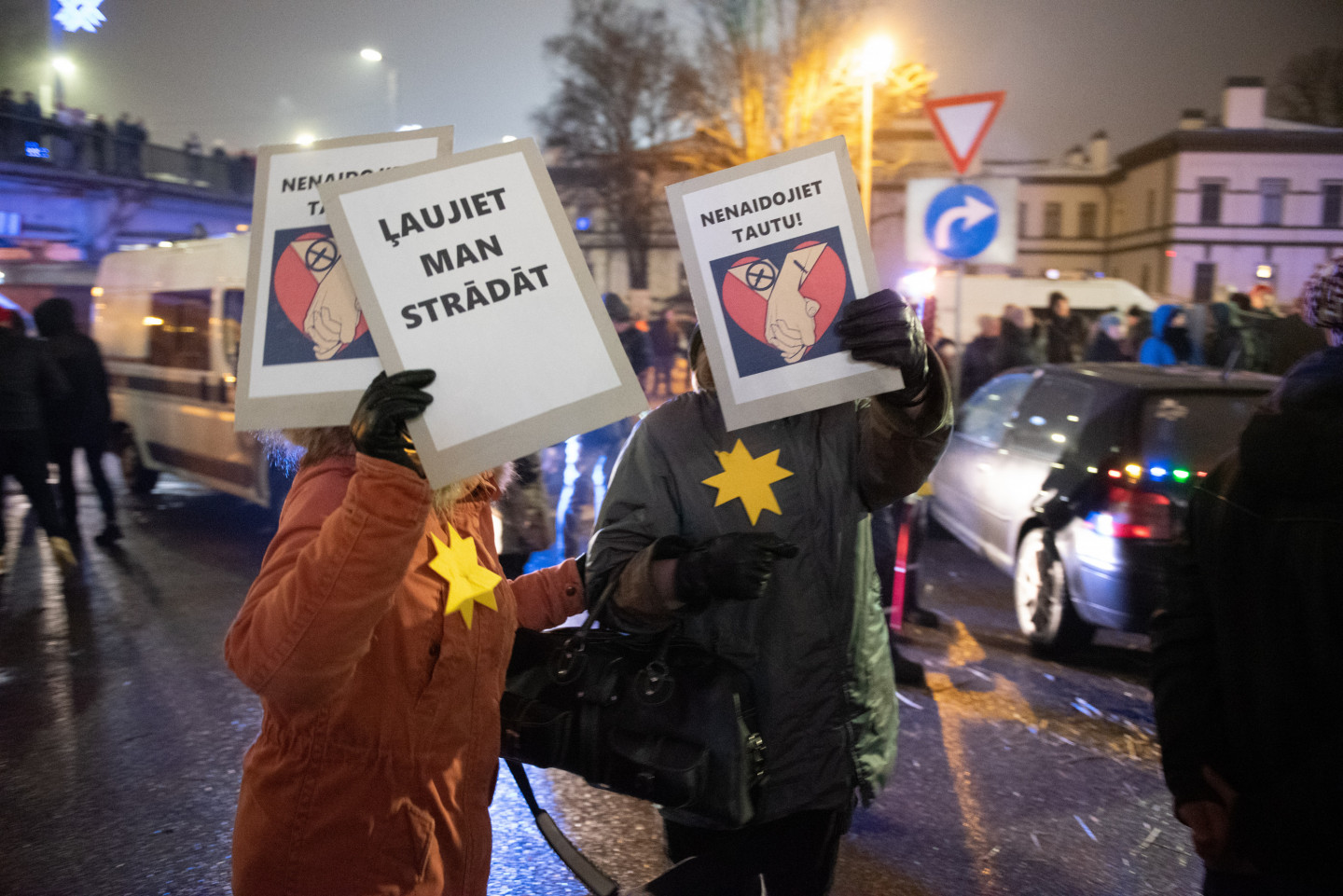 Gobzems for the loyalists is a gift when the power does some misdeeds - do you really want such people in power? The answer is seemingly obvious - of course not! It is better to let them stay as they are. By bringing Gobzems to the fore, under his guise the authorities can do whatever they want because it will look acceptable against Gobzems in the background. Especially when a large crowd of government fans on social networks and in the media are heckling, booing and mocking anyone who dares to speak ill of their beloved Kariņš/Pavļuts government.

In assessing what has happened, it is important to distinguish between the attitude towards Gobzems, the attitude towards the people who are taking part in the protests, and the attitude towards the government. I have long followed the protest movement in Russia, and a few years ago I even went to Moscow to observe one of the protests organized by Navalny in person. What took place on Monday afternoon in front of the Riga Palace was all too reminiscent of what I saw in Moscow in Pushkin Square and Tver Boulevard. Huge numbers of police cars with flashing lights and the police themselves with their inimitably "important" faces. It is precisely the sense of their own importance, power and omnipotence that seems to unite all the world's policemen, wherever they are.

Of course, the actions of the Russian siloviki were far more brutal, police-like and brazen, but the unimaginably arrogant phrase of our State Police Chief Armands Ruks, "If construction workers start reading the Constitution, that is when interpretations arise..." reveals a simple but not very pleasant truth - a cop is still a cop, even if he has the insignia of a colonel.

My sympathies, both in Moscow and in Riga, are on the side of freedom-loving people (I stress that I am not talking about Gobzems himself), and on Monday, just such people gathered in front of the Riga Castle. It is clear that their determination, their readiness to say no, is in itself a source of great discomfort in the eyes of timid, power-subservient people who are always ready to do whatever nonsense they are told to do from above. The reaction of these people to acts of defiance by freedom-loving people is always the same: how dare they? Who do they think they are?

Of course, there is nothing easier than to call Gobzems a clown, a narcissist and one who fools other people. And one can partly agree with this assessment, but to side with the government, or even crazier - to ridicule the people who dare to protest, is to support reaction, oppression and unfreedom. The fact that the spirit of protest has degenerated in the Latvian society and quiet compliance is considered polite is not something to be proud of. This submission to power has largely allowed the political class to do whatever they want for years without encountering any appreciable resistance.

Here we come to another, no less unpleasant paradox. As the SKDS data in the LTV program "Kas notiek Latvijā?" show, the majority of Latvian citizens are quite skeptical about the performance of the current government. Yes, the core electorate of these parties supports their own bustle, but overall the number of dissatisfied is higher. In such a situation, one might think that it is high time for various opposition or new parties. But, surprisingly, there has been no surge of "new, oppositional" political forces.

Two things explain this paradox. Firstly, the fact that in the previous parliamentary election cycle there was already a large parade of "young, promising white knights". According to political logic, this means that the next elections will be relatively conservative, as it takes a certain period of time for people to forget the previous disappointment and fall for the same bland bait.

Secondly, Gobzems, whose leadership skills are weak, is trying to harvest practically all of this field of discontent. If only because, leaving aside the profanity, the swearing, the name-calling, what remains does not reveal any deep, thought-out program. One almost has to agree - an empty babbler who is just having fun. Who likes to operate in this political clown role, to be the center of attention, to think that he is in charge of processes, of people, that he is the leader. Of course, these are just his fantasies, but I repeat, protest is healthy and should be supported if only because it makes the authorities reckon a little with society.

It is no secret that Gobzems is also a godsend for the authorities. I find it unlikely that Gobzems is playing a fixed match with Unity (Vienotība) and its political offshoots. Although it looks very much like such a match. It's more likely that this match is being played without being previously fixed, as the police's actions also show. Ruks, who was appointed police chief last year, has repeatedly shown himself to be an unusually accurate reader of the wishes of the authorities. His unexpectedly active participation in Gobzems' events shows that the authorities are interested in a wider actualization of these protests.

Questions have been raised on social media: why the disproportionate police attention to this event? The aim is simple - to show that it is a minority protesting against the government, that the protesters are marginal, confused people who are pouring water on the mill of forces hostile to our country, and therefore we need to rally more closely around the national leader and his clique, who look like respectable statesmen/women against Gobzems' backdrop.

Because of Gobzems' peculiarities of character, such a picture is not difficult to paint. However, there is another reason for the disproportionate police presence at these events. It is exactly the same as in similar cases in Russia. To show the people who is the real ruler and master here. The police leadership is perfectly aware that it is not because of the epidemiological situation that the protest has to be disrupted, but so that no one should think the heretical idea that the grip of power has loosened, it does not control the situation by letting Gobzems and those like him dance on the table. We have put bigger people than these in their place, Colonel Ruks indirectly reports to Kariņš/Pavļuts/Golubeva, earning the badges of a general.

Whether Ruks' releasing these words about all sorts of construction workers reading the Constitution from the deepest depths of his subconscious will help him get to those coveted stars faster or, on the contrary, become an indelible stain of shame on his biography, will be a precise indication of the path of political development we have taken. Let us hope that we are on the right one. The path of democracy.