The multi-million German-speaking audience of the European Union has been told that Latvia is a land of thieves, corruptors, and supporters of terrorism, where serious crimes are covered up at the government level. Europe's largest newspaper, Bild, has spread blatant fake news in the interests of one lawsuit, but none of the Latvian institutions or politicians affected by the publication is going to challenge these lies. The message the Germans have received will stay there and no one objects.
20.12.2021. Imants Vīksne 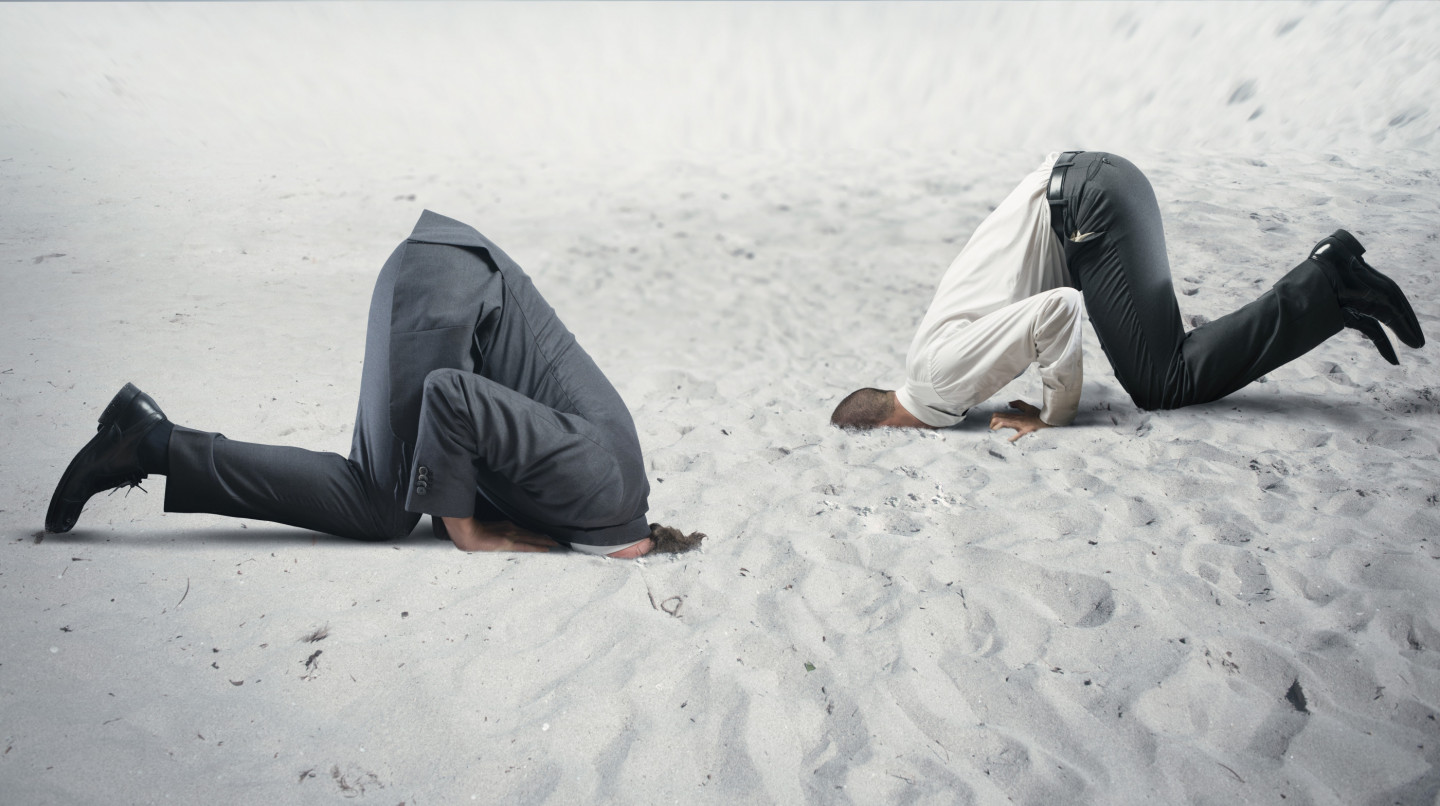 Neatkarīgā has already reported on the serious accusations that have been made against the Latvian state and its officials through the Bild newspaper. In order to draw the attention of the local politicians, the headline in Latvian emphasized a local aspect that may seem secondary to an international audience: "Bild: Bordāns and Jurašs received a 500,000 euros bribe." Against the backdrop of the latest Riga City Council bribery scandal, someone might snicker. Look - the progressive Kossovičs alone refused a much bigger bribe - 2.1 million euros. Latvia's Minister of Justice and the head of the Legal Affairs Committee, according to Bild, received a 500,000 euros bribe from PNB Bank. But this publication contains other extremely serious allegations. That North Korean billions have been laundered through our banks for 30 years, and the supervisory authorities continue to cover up the flood of dirty money from Russia. So anti-terrorism sanctions are being breached, and it's not some time ago, but now, after the so-called overhaul of the financial system of which the government is so proud.

To show the newspaper to court

In fact, they are not being breached. And the Bild publication is based on the false allegations of one liar, August Hanning, the head of the German Federal Intelligence Service, BND. Together with another gentleman with fancy titles, former NATO boss Anders Fogh Rasmussen, he was on the Supervisory Board of PNB Bank. And now, after the bank was run into the ground in their presence, they and other employees are being sued for damages. The celebrities who did a bad job are now desperately fighting to avoid losing the millions they earned. And that is why there exists this slanderous publication about Latvia. So that the newspaper can be shown in court - see, we are just poor victims of this uncivilized criminal country. That is the point of the Bild publication. And this was also admitted to Neatkarīgā by the Financial and Capital Market Commission and the Financial Intelligence Unit. These are the only institutions that have given substantive answers to the questions posed by Neatkarīgā. The Prime Minister's Office and the KNAB sent formal answers, which are too pointless to even quote. The Ministry of Justice and the New Conservative Party (Jaunā konservatīvā partija) are silent. Jānis Bordāns and Juris Jurašs are also silent. Perhaps they imagine that they are rising majestically above the level of the yellow press, albeit in vain, because it is not only their own reputation that is at stake but that of the Republic of Latvia as a whole. And by not refuting the lies, it is being damaged.

Here's the deal with Bild. Latvian politicians and opinion leaders refer to Bild when it suits them. Because the circulation is huge. But when it's not convenient, they call it a tabloid, even though the tabloid is often much closer to real life than sophisticated analytical publications. And Bild's publication on Latvia is the second case. Europe's largest newspaper has published lies about Latvia by people who were once respectable but are now disreputable, and Latvian officials are pretending that nothing of the sort has happened. It is good that, at least for the local public, the bank supervisors and financial intelligence are explaining that the Bild publication is not true.

As the Financial and Capital Market Commission points out in its explanation to Neatkarīgā:

"The information disseminated by A. Hanning, a former member of the Supervisory Board of PNB Bank, about PNB Bank's activities, its suspension and insolvency proceedings is untrue, contains distortions and is aimed at deliberately undermining the reputation of the Latvian state and the financial sector. (...) The FCMC provided information to the German publication Bild, but for reasons unknown to us, Bild did not use the information provided by the FCMC in its publication."

The Financial Intelligence Unit also considers the Bild article to be incorrect: "We would like to point out that this publication contains a distorted presentation of events and is aimed at deliberately undermining the reputation of the Latvian state and the financial sector. The publication may be linked to international legal proceedings against the Latvian state." This is about the aforementioned lawsuit against bank employees and the tactic of the Supervisory Board to pretend that it did not know about the bank robbery. That the terrible Latvian state is guilty of these terrible acts. Even though it is clear that this could not be the case. This is what the FCMC is pointing out:

* "PNB Bank has been under increased supervisor scrutiny since the end of 2017. A. Hanning served on the Bank's Supervisory Board from 16/06/2017. The bank's failure to meet its capital requirements was also disclosed in its audited annual accounts for both 2017 and 2018.

* Please note that the Supervisory Board is not a formal institution; it has rights, duties and responsibilities which are determined by various Latvian and international laws and regulations.

* According to the information provided in the public report, the remuneration of the Supervisory Board (4 persons) and the Management Board (4 persons) of PNB Bank amounted to 1,922,000 euros in 2018. This means that, taken as a whole, the average remuneration of the members of the Supervisory Board and the Management Board was competitive and fully sufficient to select for these positions high-level professionals with sufficient experience and knowledge who would devote sufficient time to the Bank," explains the FCMC.

Latvia is not in breach of sanctions

It should be recalled that the two men, Hanning and Rasmussen, were recruited to the Bank precisely because they had built up reputations as influential and crystal-pure men, one leading the German intelligence service and the other a NATO executive. And then there were the contacts with the world's powerful, which were useful for the Bank.

But now, it turns out, they are prepared to do anything, including defaming the Latvian state. Slander anyone and do anything to avoid having to pay.

As for the other accusations, which the Bild throws into the article to create a more dramatic background for Hanning's lamentations, they too contain grave slanders. Above all, with regard to North Korea's money laundering over 30 years, that's still happening: "Here North Korea is laundering billions and making them disappear." If this were true, Latvia would immediately find itself isolated internationally, right where North Korea itself is. But it is not. Here is the Financial Intelligence Unit's explanation:

* "We strongly point out that the Latvian state is not violating international sanctions against North Korea. Latvia has made significant reforms since 2017, resulting in a strong and robust financial system to protect against money laundering, terrorist financing and the financing of proliferation of weapons of mass destruction, as the Financial Action Task Force (FATF) found in February 2020.

A tale of two fools

And the Hanning/Rasmussen/Bild claim that "Latvia is a stage for dark machinations - and one of the most important money laundering sites for Russian oligarchs, mafiosi, politicians and secret services" is categorically rejected by both the FCMC and the FIU.

FIU explains that Latvia has established and implemented effective control and monitoring mechanisms that prevent the possibility of using the Latvian financial system for criminal purposes.

The FCMC adds that foreign deposits have decreased significantly over the last five years. At the end of 2020, deposits in Latvian banks were 85% from Latvia, 12% from EU countries, only 3% from the CIS and only 2% from other countries.

In short, it was Bild's choice.

They could have written an article about two highborn fools who destroyed their bank, but they chose to write these fools' lies about Latvia.

As to whether Jurašs and Bordāns have received bribes from PNB Bank and, as Bild claims, Prime Minister Krišjānis Kariņš is covering up corruption at the highest level of government - that is, of course, their problem and that of the KNAB to say that this is not true. But for now, it looks like the heroes of the Bild article are using the ostrich tactic - after all, no one in Latvia reads that tabloid. But the fact that tens of millions of German-speaking Europeans have been told that Latvia is a country that steals does not concern them personally.

Compared with the scandal of Kossovičs' rejected bribe, the Bild story has indeed had less resonance these days, but it is not as if the unplanned publicity has been entirely without consequence. Māris Možvillo, a Member of the Saeima, has appealed to the responsible committee and, referring to the facts presented in the Neatkarīgā publication, urges:

"In the light of the above, I would like to request an immediate meeting of the Defense, Internal Affairs and Corruption Prevention Committee to consider whether the information in this article is true and whether it poses a risk to the reputation of the officials and the image of the state. I invite to hear out the officials mentioned in the article in the Committee meeting to receive a truthful and impartial explanation of the facts published." There may be a sequel to this story.