The European Commission on Tuesday set the validity of the Covid-19 vaccination certificate for travel in the EU Member States at nine months from February 1 next year. Each country can set the validity period of this certificate for internal use, and our rulers are saying it could be five or six months. In other words, the way is clear for regular vaccinations every six months.
23.12.2021. BLBens Latkovskis 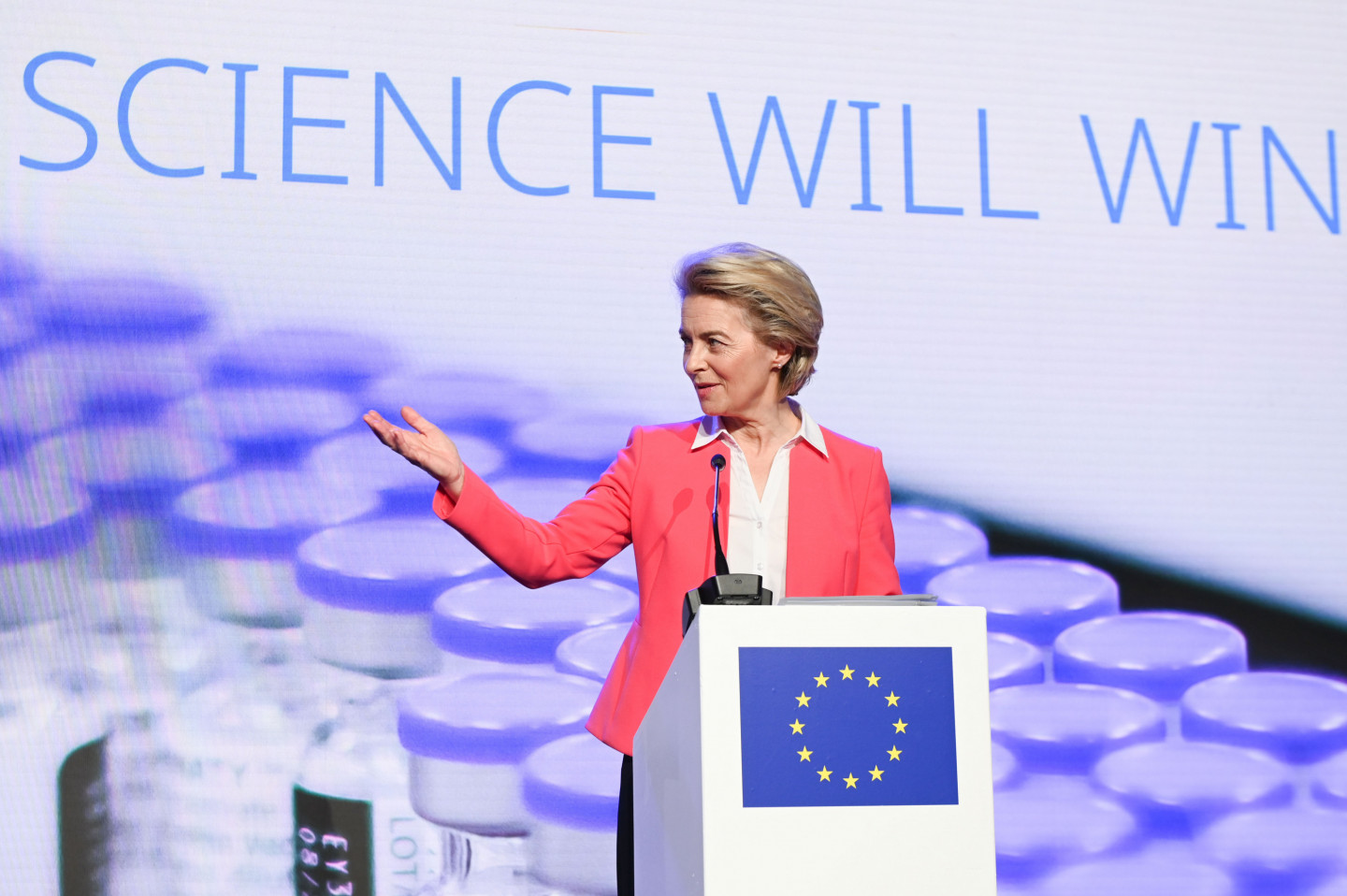 Who will be the winner in the end? Science or the owners of the pharmaceutical giants? On 23 April 2021, Ursula von der Leyen, President of the European Commission, visited the Pfizer Vaccine Production Facility in Puurs-Sint-Amands, Belgium, where one of the vaccines against coronavirus (COVID-19) is being produced. ©European Union, 2021

I have a few remarks and a specific question in this regard. The talk of pharmaceutical companies, politicians and various social groups being interested in keeping the pandemic tension going may sound like another conspiracy, but just because it looks like one does not mean that there is no conspiracy. The fact that "there is now more money than there has ever been" is obvious, and the soaring prices of almost everything are the clearest manifestation of this flood of money. Trillions are swirling around, and this huge amount of money determines people's thoughts, behavior and actions far more than they themselves realize.

When it is said that vaccines are free, that is, of course, a lie. Vaccines come at a price, and the Pfizer vaccine, for example, costs €19.50 for the EU. Yes, there is no cost to the individual, but let us remember that there is no "state" money. There is taxpayers' money, which (at the end of the day, the money that has been emitted is the same taxpayers' money) then pays for this whole vaccination saga.

To avoid confusion, I fully support the free vaccination of the population, but at the same time, it should not be forgotten that Pfizer and the other big pharmaceutical companies are not in solidarity with humanity at this difficult moment and have no plans to reduce the price of Covid-19 vaccines to their cost price. On the contrary, from August 1, the prices of the vaccines have been increased. The profits of these companies are soaring (according to CNN, Pfizer's net profits from Covid-19 vaccines are expected to reach $7.7 billion this year), and the budgets for their political lobbyists are probably growing no less rapidly.

The response of the Covid hysterics to such statements is that when it comes to saving lives, counting money is simply not a decent thing to do. I agree. But in this particular situation, these arguments too often sound hypocritical. How many millions have been wasted pointlessly, without the slightest connection with saving people? For example, the €5 million "worth" of the notorious "studies" that produced salad recipes, the plagiarized posters, the vaccination newspapers and similar money-milking campaigns.

But that is not what I want to talk about this time, because against the background of billions, these are mere pennies. Throughout this campaign, one central idea is becoming increasingly clear: vaccinate as many people as possible. Everyone who moves. Old, young. At all costs. Vaccination rates have become an end in themselves, the ultimate goal. And here a question arises.

Every day, the CDPC reports the number of people who have been diagnosed with SARS-CoV-2. These people are divided into two groups: the vaccinated and the unvaccinated. It has now become clear that vaccination hardly saves from getting the infection itself. Especially the new strains of the virus. It does, however, reduce the risk of severe disease, which can be seen as an important argument in favor of first-time vaccination.

However, in addition to the division between vaccinated and unvaccinated, another very important division for statistical analysis would be those who have already recovered from Covid-19 and those who have not. There are now 270,000 people in Latvia who have officially recovered, and a relatively large number who have recovered and have high antibody levels without vaccination but are not recognized as recovered because of our bureaucratized health system.

My specific question is: why are the people who have recovered statistically ignored as if they were not a separate group worth analyzing? All the more so because they are several hundred thousand people. It would be only normal if the daily statistics contained data like this for all to see: say, 1,000 infected. Of those, 400 vaccinated, 600 unvaccinated, 200 recovered, 800 first-time cases. But there is no information on the proportion of repeatedly infected people who have recovered from Covid before. Similarly, there are no publicly available statistics on the proportion of recovered/unvaccinated and recovered/vaccinated among the infected. In particular, how much of an impact on infection does the vaccination of the recovered have, let alone the impact of an additional booster vaccine in addition to the first (double) vaccine.

I would venture to suggest that these statistics are being concealed because the number of people who have gotten infected multiple times is quite small. So tiny that they can disrupt the whole current construct, the whole "big story", which implies that vaccination is everything. The alpha and the omega, which alone protects.

I remind you that the current practice is that a vaccinated person has an open-ended certificate, while a person who has recovered from the disease has a certificate that expires after six months. Go and get vaccinated. Nobody cares about your immunity and cellular "memory." Nor about your health and well-being. They are only interested in the total number of vaccines administered. It almost seems as if politicians got some kind of bonus for every vaccination (although this is probably not the case). I repeat, this is how it seems, not actual practice. Although this too cannot be ruled out in some cases.

In any case, it is obvious that a clear course has been set towards regular compulsory vaccination, and no social group will be let off the hook. This course is in itself highly questionable from the point of view of fundamental human rights, but it could still be tolerated with gritted teeth if there were more or less certain guarantees that all these vaccines that have been produced in a great hurry are absolutely harmless, but judging by the fact that many people (almost everyone around me) have had more or less adverse reactions to vaccines, there is some doubt about that.

From February 1 next year, those who have already contracted Covid-19 and have gotten vaccinated on top of that will be subject to this forced vaccination again. What is the point of these human rights restrictions?

If there is a medical basis for this, then justify it with convincing statistics: how many infected people are there who have repeatedly contracted Covid-19 and have gotten vaccinated in addition? Is this a sufficient number of infected people to force all those who have recovered and then vaccinated on top of that to be vaccinated regularly, again and again, each time with fever, headache or other side effects, not to mention the possible long-term negative effects of the vaccines? If the statistics are convincing, then most people will take them into account, but if the statistics are hidden, then we can only conclude that something is not right.