The government is gifting the rich, the loan sharks and the car dealers

At its last meeting of the year, the government decided to give an exclusive gift to Latvia's wealthy residents, car dealers and leasing companies - a subsidy of €10,000,000.
27.12.2021. Imants Vīksne 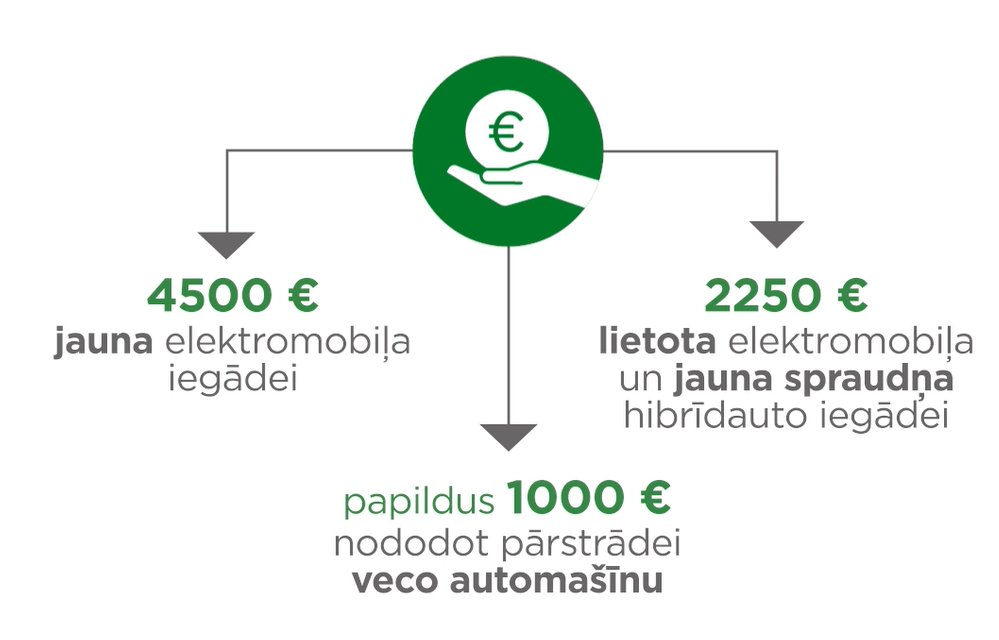 According to preliminary estimates, 3,800 cars will be added to Latvia's car fleet, which will be a very important boost for the car and leasing market, which has been traumatized by the pandemic. Of course, increasing the size of the fleet comes with more pollution, because instead of one car, there are now two driving around. If, on the other hand, the recipient of the subsidy decides to scrap his previous car rather than sell it a second or third time, there will be a lot of recyclable and non-recyclable waste. There is no estimate of the total amount of waste that the new car program is expected to generate, but a car weighs two to three tons. So that is the amount of parts and materials to be scrapped.

It is paradoxical that this grant program has been promoted by the Ministry of Environmental Protection and Regional Development, which in theory should be concerned about the sustainability of things. But in this case, the possibility of distributing ten million justifies growing the fleet. Neatkarīgā reported in the summer that "the government will give gifts to wealthy people."

It should be stressed that this subsidy program is essentially designed to promote the well-being of wealthy people, as the price ceiling for a car purchased is set at €60,000 excluding VAT on the base package. This means that the maximum amount including VAT is €72,600.

Everyone pays for the gift

It is worth recalling here that the median average take-home wage (excluding extremely high and low wages) in Latvia in the third quarter of this year was €749 per month. This means that the average citizen would have to save all the money he earned for eight years to buy such a wonderful car. But assuming that half of the income is still set aside for everyday needs - 12 years. The government is counting on cheaper cars also being bought, though, and the program includes support for second-hand electric cars - for poorer electric car fans. For example, a 2019 BMW i3s, the most popular second-hand electric car on the market in Latvia, can be bought for under €30,000.

People who can afford to buy a car worth the value of a house will certainly be very happy about the government's gift, but even happier are the new car dealers and leasing agents, for whom the government's green program promises a lot of money.

The cabinet meeting stressed that the €10,000,000 to be distributed in grants does not come from the national budget, but from the emissions trading instrument. However, these emissions caps are also, in essence, the property of all the citizens of the Latvian State. So, we will all pay together to gift wealthy people.

It would be of greater benefit to society at large and also to the environment if the grant program also included support for electric bicycles and their equivalents. People would then be incentivized to travel in a more environmentally friendly way - to switch from cars to bicycles. Less emissions, less congestion, health benefits. And in terms of price, such a solution would be accessible to a much wider public. However, the proposal from the Ministry of Transport was categorically rejected.

Here is the explanation from the Ministry of Environmental Protection and Regional Development:

"MEPRD agrees that it is necessary to promote the use of bicycles and electric bicycles, as well as electric cars and electric motorcycles in Latvia, with particular emphasis on replacing existing cars with them. However, in order to successfully implement such a support scheme, further discussions on the technical and legal aspects with the Ministry of Transport and industry associations are needed. Therefore, in order not to significantly delay the launch of the existing tender and to give citizens the opportunity to purchase environmentally friendly vehicles already at the beginning of next year, the MEPRD considers that it is not necessary to supplement the draft regulation with this type of support at this stage." As the Minister of the Environment, Artūrs Toms Plešs, points out in a statement to the public: "The support program will be one of the measures to contribute to Latvia's progress towards achieving its climate goals and to provide citizens with the opportunity to purchase and use modern and up-to-date vehicles for their daily commute."

Cycling is much more modern, and it's fashionable not to drive - like in Scandinavia. However, the MEPRD does not support the purchase of bicycles, but supports an archaic and environmentally unfriendly solution - the purchase of expensive cars that are inaccessible to the majority of society, adding another 3,800 cars to Latvia's car fleet.