Before Christmas, the Latvian government briefly broke away from its Covid obsession and allowed shops to open for pre-Christmas shopping and entertainment venues to operate on New Year's Eve.
27.12.2021. BLBens Latkovskis 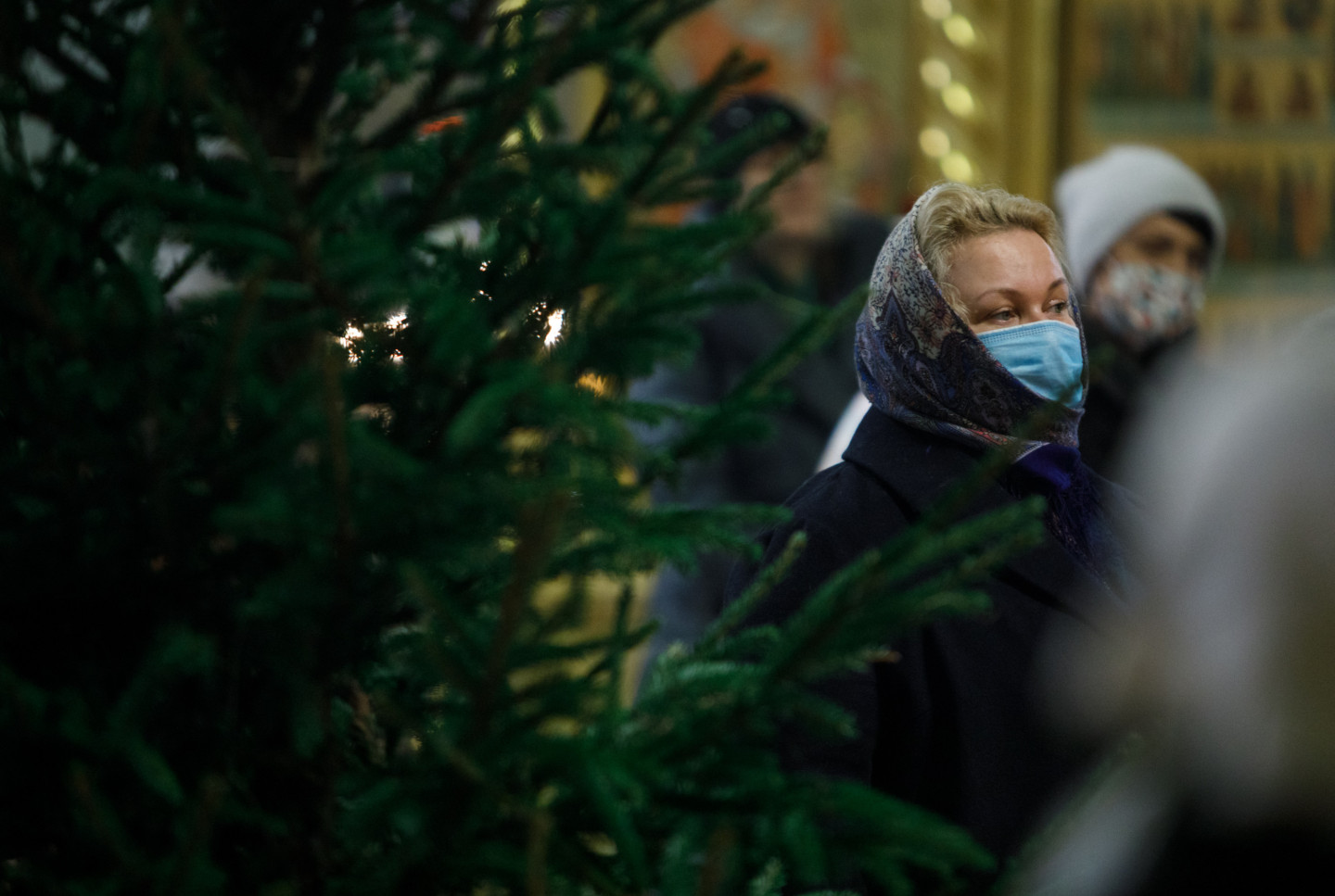 The decision that members of the "untouchable" caste will be allowed to attend Christmas services in very limited numbers has caused particular anguish among the Covid hysterics ©Dmitrijs SUĻŽICS, F64 Photo Agency

Although these decisions were taken on the basis of common sense (let's leave aside the very need to make shop staff work on the holidays), there is no doubt that this "enlightenment" will not last, as even a microscopic loosening of the reins has triggered a furious fit of indignation among the "true believer" Covid hysterics. It should be remembered that the pandemic has already been widely institutionalized, it is being financially exploited in a systemic way, and it will be difficult to stop this extremely lucrative activity, even if the problem itself suddenly disappears. The government's basic task is therefore to keep up the fear and tension. Even the smallest "concession" is interpreted as a sign of weakness. Any sign of insubordination and heresy that might increase public skepticism about the validity of the government's actions must be burnt out with a red-hot iron.

The decision that members of the "untouchable" caste will be allowed to attend Christmas services in very limited numbers has caused particular anguish among the Covid hysterics. Although this decision must be seen as a blatant mockery of the people, since no more than ten worshippers without Covid certificates are allowed inside the church at a time, they must wear FFP-2 respirators, and each must have at least 15 square meters of space, it was seen as an unforgivable concession to the "untouchables". What will be next? Today they will be allowed to go to church, tomorrow they might be allowed to work. Holding a beggar's cup in their hand is the only thing these subhumans can be allowed to do, and even that should be discussed beforehand.

It is sad to say, but a thick fog of backwardness has descended over Latvia. As Agnese Irbe, Doctor of Philology, pointed out, "Here in Latvia (..) we have basically introduced an apartheid regime and a caste system, which I see every day in Pārdaugava when I drive past the little Maxima store that doesn't ask for those certificates. People who cannot shop anywhere else are crowding in there." Jānis Ošlejs, a well-known economist and owner of the company Primekss, responded to Irbe's statement on Twitter. "I have been thinking about what Agnese Irbe said for two days now. Here we are. In a Latvia where people are fired for wrong beliefs and not allowed in the shop, where the wrong ones cannot be students and MPs."

Could anyone have imagined less than a year ago that Latvia would sink to such an anti-humanitarian sorting of people? And not only Latvia, but also many other European countries which until recently were considered free and democratic. It must be said that the pandemic has brought the Western world to the greatest moral catastrophe of this century, when it suddenly became clear that people are happy to accept the expulsion of others from society and their discrimination, as long as opinion leaders tell them that it is OK, that it is not wrong, and that this ugly act can be justified by some self-flattering excuse.

For example, in Latvia, the primitive explanation that "they" are (and it's always "are" not "might be") evil egoists who do not want solidarity, while "we" are empathetic altruists who are ready to make sacrifices, is popular. This reasoning is a classic example of the insight that truth is just the version that satisfies you. "Their" motives are distasteful, but "mine" are flattering. Other motivations are not even considered.

The fact that in such a moral climate the military tensions on the Ukrainian border have escalated and war no longer seems absolutely impossible can be seen as a coincidence, but it is more likely a historical causal link. The escalation of Sino-Lithuanian relations is also a harbinger of potentially major politically tectonic shifts.

Lithuania's principled stance on the China/Taiwan issue may have unpredictable consequences for the EU's overall foreign and domestic policy, as Lithuania's position starkly exposes the EU's prevailing hypocrisy. Humanists, moralists and democrats in words, but in deeds ready to shake hands with the devil's grandmother if it is beneficial. I am not saying that I agree with Lithuania's position, but in a way, it commands respect as independent and principled. In Latvia, such a position would not be possible under any government, because Latvian society, at its deepest core, recognizes neither its sovereignty nor any enduring moral principles.

In recent years, the West as a whole has increasingly lost clear ideological bearings, sinking deeper and deeper into ideological confusion. Now, in the name of the fight against Covid, the abandonment of the primacy of the rule of law, where laws and even national constitutions can be flouted for situational expediency, has knocked another rung of support from under the West's feet, although many have not yet realized it. Principles are like ears to the Bear-Slayer, like contact with the earth to Antaeus. If there is no principle, there is no power.

Unfortunately, the Latvian political class is also walking in this unprincipled muck. Power has empirically discovered that "the people" do not mind if another social group is declared "bad", "guilty of our problems" and relegated to a lower caste position where every "right" person can enjoy a privileged position vis-à-vis the "outcasts". This schoolboyish (because as a phenomenon it is quite common in schools) culture of exclusion, of bullying, is widespread in the world, not only in the context of Covid.

The relativism of principles has led to general disorientation and confusion of values, which in real life is also manifested in practical manifestations such as the exponential rise in energy prices. After all, the €380 heating bill for a two-bedroom flat is the consequence of one phenomenon: the long-standing desire to replace the real world with a constructed fictional reality. Sooner or later, the constructions of Cabinet theorists come into confrontation with reality, at which point the bill for relying on these "theories" is issued. We can talk for years about solar panels and wind turbines, but when the frost comes and Russia starts messing around with its gas supply, it turns out that it was all just empty demagogy as part of "money-grabbing" projects.

To avoid confusion, I should explain that I still consider the Western world to be the most civilized and advanced part of humanity. The blatantly undemocratic, inhumane models of Russia or China are not superior or better in any element. But there is no doubt that these despotic regimes in the East will try to exploit the weakness of the Western system as much as possible. We can only hope that Western Christian civilization will come to its senses and find a firm footing. As it has successfully done at past historical crossroads. We too must do our part in this quest.