NATO missile shield must be protected from wind farms

The tumultuous development of wind and OIK energy in Latvia has not only run counter to the interests of the environment and local communities, but also poses a potential disruption to the operation of NATO's Integrated Air and Missile Defense System, NATINAMDS. This system provides patrol and missile shield operations in Latvian and NATO airspace. The construction of wind farms may cause physical obstruction to air surveillance and navigation equipment.
29.12.2021. Imants Vīksne 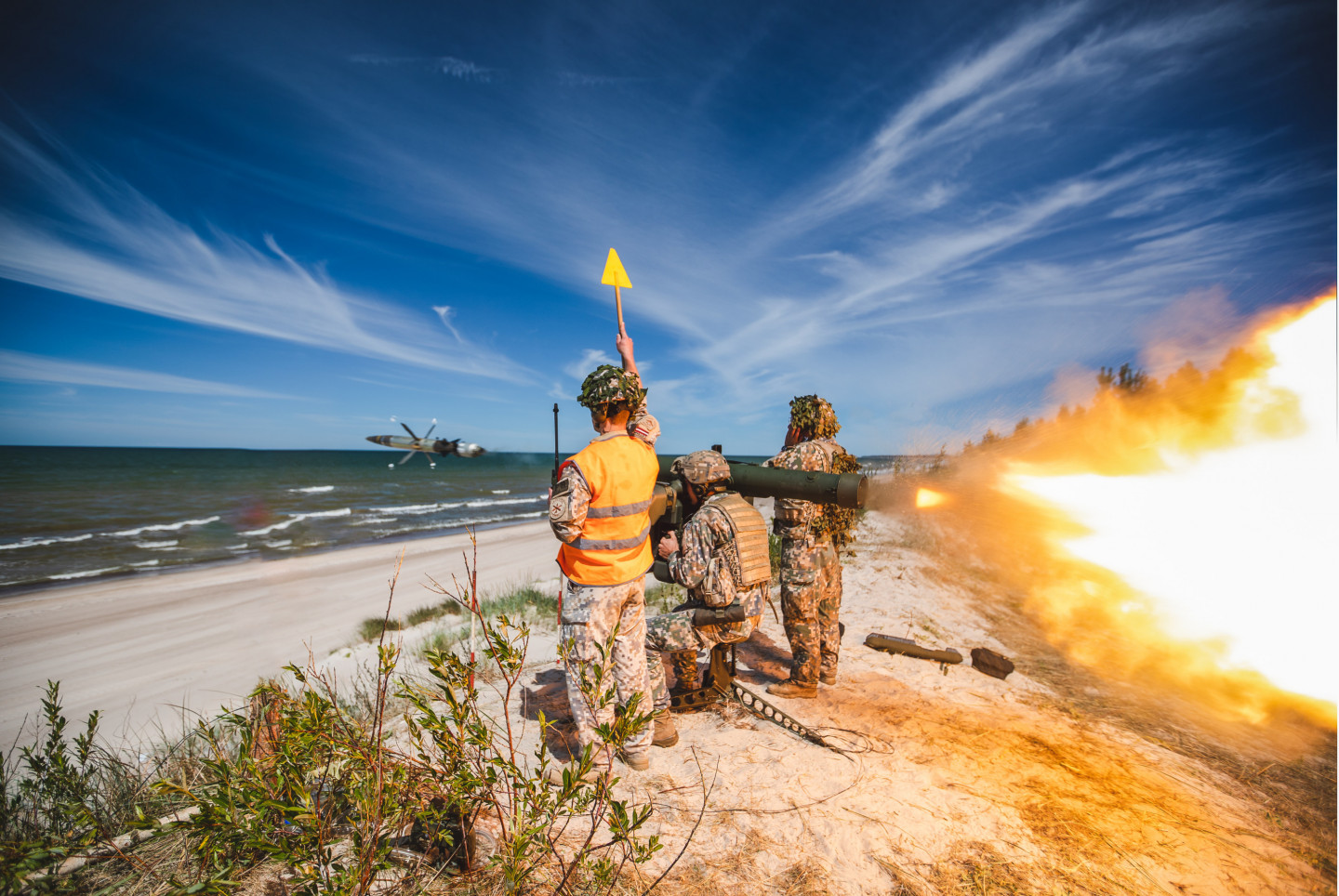 Currently, there are two military sites on the Kurzeme coast that urgently need to be protected from the proposed windmill forest - Čalas and Jūrmalciems. And the turbines' pollution of the airwaves threatens the quality of observations by the Ventspils International Radio Astronomy Center. It will interfere with the Irbene antennas, whose main job is to track spacecraft debris in Earth orbit. The problem is serious. On the one hand, Europe's green course and the demand for renewable energy, which is currently being lobbied particularly actively by a few wind energy millionaires, and on the other, the physical security of the Latvian state and the interests of the wider public. Neatkarīgā has already reported that fifteen wind farms with a planned number of over a thousand turbines are currently waiting in the queues for building permits, and most of them will be located in Kurzeme. Offshore turbines are also planned.

Another giant farm applied for

The Environment State Bureau has just issued a decision on the application of the environmental impact assessment procedure for another giant wind farm in the Ventspils region. Company Envirsus is planning to build 96 wind power plants with a maximum height of up to 270 meters in the parishes of Užava, Vārve and Ziras in Ventspils municipality. The current declared true beneficiary of the project is Tomáš Krsek, a Czech national. Other wind farms are also being built by foreigners who have little interest in Latvia's national interests. It is therefore up to local politicians to defend them.

At the end of the year, the Cabinet of Ministers circulated a draft law "Amendments to Cabinet of Ministers Regulation No 246 of May 20, 2014, on the List of Technical Means of Navigation and Military Maritime Surveillance for National Defense Around Which Protective Zones Are to be Established, the Width of the Protection Zones and Restrictions on Construction Therein". The document plans to extend the protection zones for the two areas already mentioned and the installations located there, which are state secret objects.

Here is how the problem is explained in the annotation to the draft amendment to the Cabinet Regulation:

This information is the basis for the effective operation of NATINAMDS and for ensuring the sovereignty and inviolability of national airspace, as well as for the command and control of allied fighter jets involved in NATO Baltic air patrols.

In recent years, there has been a growing interest and trend in Latvia to develop alternative energy production using wind energy both in the internal maritime waters, territorial sea and exclusive economic zone waters of the Republic of Latvia and on the land territory of the Republic of Latvia. At the same time, the construction of such a wind farm could create physical obstructions for air surveillance (navigation) technical means, which in turn would significantly reduce the effectiveness of NATINAMDS, as well as increase the risk to national defense interests."

Extension of the protection zone

It should be noted that not much is publicly known about the two national and NATO defense critical facilities that are interfering with the wind energy plans. As Neatkarīgā once wrote, the military base Čalas served the Soviet army in the old days as a radio surveillance post for a missile base, and three kilometers away there was Latvia's only nuclear warhead. In 2007, a military aviation post for the Latvian Air Force began to be built here.

The establishment of a military training ground in Jūrmalciems, Nīca municipality, was approved in 2017 to provide the National Armed Forces with an opportunity to train their air defense capabilities. During the training, they fire missiles at air targets here.

"The Ministry of Defense (MoD), together with the Ministry of Economy and the Ministry of Environmental Protection and Regional Development, have a long history of cooperation and policy coordination to safeguard both the interests of wind energy development and national defense. One such example is the joint Estonian-Latvian offshore wind farm project ELWIND (Estonian - Latvian Wind), in which the MoD is also involved to ensure that national defense considerations are taken into account in the implementation of the project. In this context, the MoD has also, for its part, reviewed the legislation under its competence to ensure that the interests of the defense sector are taken into account, while setting clear and transparent conditions for developers of potential construction projects (including wind farms).

One such change is the amendment to the Cabinet of Ministers Regulation No 246 of May 20, 2014 'Regulations on the List of Technical Means of Navigation and Military Maritime Surveillance for National Defense Around Which Protection Zones Are to be Established, the Width of the Protective Zones and Restrictions on Construction Therein.'

The draft Regulation aims to amend the list of air surveillance (navigation) technical means intended for national defense and to specify the width of their protection zones.

There are several reasons for such amendments. Firstly, it is related to the development of new capabilities, i.e., a new airspace surveillance (navigation) technical means (radar) has been established in Jūrmalciems, thus it is necessary to establish a new protection zone around it.

Secondly, based on the MoD expert assessment and operational considerations, it is necessary to extend the protection zone around the Čalas radar in order to ensure its continuity of operation in the long term, including with the increasing intensity of wind energy project development.

In most cases, such amendments have an impact on potential offshore construction. In particular, the amendments do not impose a complete ban on construction in the buffer zones, but rather specify the height and distance from certain radars that require a building permit from the Ministry of Defense.

At the same time, there is a proposal to amend the Protection Zone Law and the Law on Aviation to provide for a mechanism whereby economic operators may be allowed to build in protection zones around national defense objects (based on an in-depth technical assessment by MoD experts), provided that the economic operator compensates MoD for the losses incurred. This could be done, for example, by providing for the purchase of a new radar or other technical solution to prevent the potential negative impact of the construction on MoD radar coverage. This initiative has been taken by MoD in cooperation with and in the light of the experience and practice of other NATO partner countries which have similar mechanisms in place."