Children need to be prepared for a possible war

Unlike other countries in the region, Latvia's defense is entirely voluntary - if you want to, go and work as a full-time soldier, if you want to, join the National Guard and protect Latvia in your spare time. And only from 2024 onwards will the first element of compulsory education - national defense training as a compulsory subject - appear in the national defense system architecture.
30.12.2021. Imants Vīksne 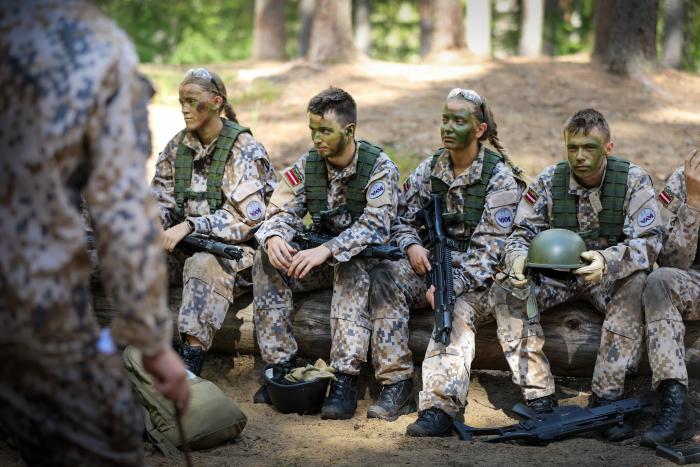 At present, young people study national defense on a voluntary basis, but the number of schools offering the subject and the number of pupils choosing it are growing every year. In the Youth Guard, however, defense skills are taught in more depth. As with the whole education process, defense training has been negatively affected by pandemic restrictions and distance learning. Practical work - outdoor classes, hiking, camps - is of particular importance in the defense training process. It is this opportunity that encourages young people to get involved and their parents to support this choice. It is to be hoped that in 2022 everything will go according to plan, and the Youth Guard Center will be able to increase the number of Youth Guards to seven thousand.

But for now, the statistics of the success of national defense training are as follows. 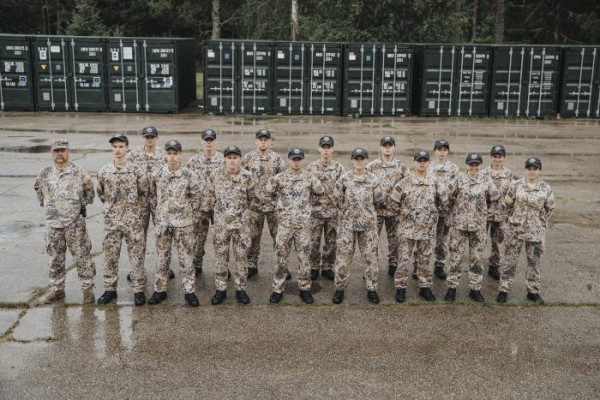 The initial public debate on defense education for children and young people was rather primitive: children should not even be shown weapons because it would traumatize their psyches. But then where to get soldiers, should we import them? And this was also demonstrated by the initial resistance of the Ministry of Education to the introduction of this subject. Together with a bunch of so-called civil society youth organizations, the Ministry and the New Conservative Party (Jaunā konservatīvā partija) tried first to stop the progress of the Law on National Defense Training and Youth Guard, and then to include all sorts of nonsense that had nothing to do with national defense, so that only non-government organizations could claim the budget for the new subject. And it's no wonder. There will be a lot of trainees, instructors too - 270 instructors are needed, and the budget will be large. The budget for the introduction of national defense training for next year is €1.5 million, but from 2025, when the program will be compulsory and reach its maximum capacity, it is planned to allocate €3.9 million annually for its implementation.

A basis for future recruitment

Although she tried hard, "Šuplinska did not succeed in dismantling the national defense training." And it is a good thing she didn't because this is not a minor story about the introduction or non-introduction of one subject in the school curriculum. This is about national security because working with young people today is the basis for recruitment in the future. If compulsory military service is not introduced in the country, and for the time being it is not being done, mainly for financial reasons, young people must get interested and involved in national defense through the school system.

The concept of comprehensive national defense of Latvia is based on a strong professional service, the National Guard and defense training for school children.

But for those who worry about the psyche of children, that young people will see an assault rifle and become traumatized for life, it is safe to say that this is not the case. On the contrary, national defense training imparts knowledge and skills that strengthen young people mentally and physically. This is also recognized by Nils Sakss Konstantinovs, the best-known adolescent psychotherapist in Latvia.

In an interview with the Ministry of Defense portal Sargs, the head of the Center for Adolescent and Youth Psychotherapy says that he himself served in the National Guard for a few years and now often recommends young people to join the Youth Guard. Especially those with behavioral and disciplinary difficulties, as well as children growing up in separated families, where they are brought up by their mother alone. Especially for adolescent boys, they also need experience of their own gender: "The Youth Guard is one of the organizations that can give a young man both useful practical skills and the opportunity to be in an environment where there are other men who can teach and show them something." From this point of view, psychotherapist Nils Sakss Konstantinovs considers the idea of introducing compulsory national defense training in all Latvian secondary schools positive, as it will to a large extent respond to the needs of young people that have so far not been met in schools - the need for activity, a value-oriented approach, a sense of community and contact with adults. "Ideology and values cannot be taught by telling. Adolescents absorb them by seeing how the people around them live and act. In that sense, taking them on a hike in the forest and showing them what it means to be loyal and responsible to others, for example, would be much more valuable than just telling them about it."

But what the army is interested in this story is that the young people who grow up to be strong individuals are not only loyal to each other and to their country, but also know how to defend these shared values. So that when the eleventh hour comes, they don't have to be trained from scratch. There simply will not be time for that. And times are quite turbulent now.