Yesterday afternoon, Kazakhstan's First President (as his position is written in the Kazakh constitution) Nursultan Nazarbayev announced his resignation as head of the Security Council. In other words, the Nazarbayev era is probably over and the country's capital, Nur-Sultan, may soon regain its former name, Astana.
06.01.2022. BLBens Latkovskis 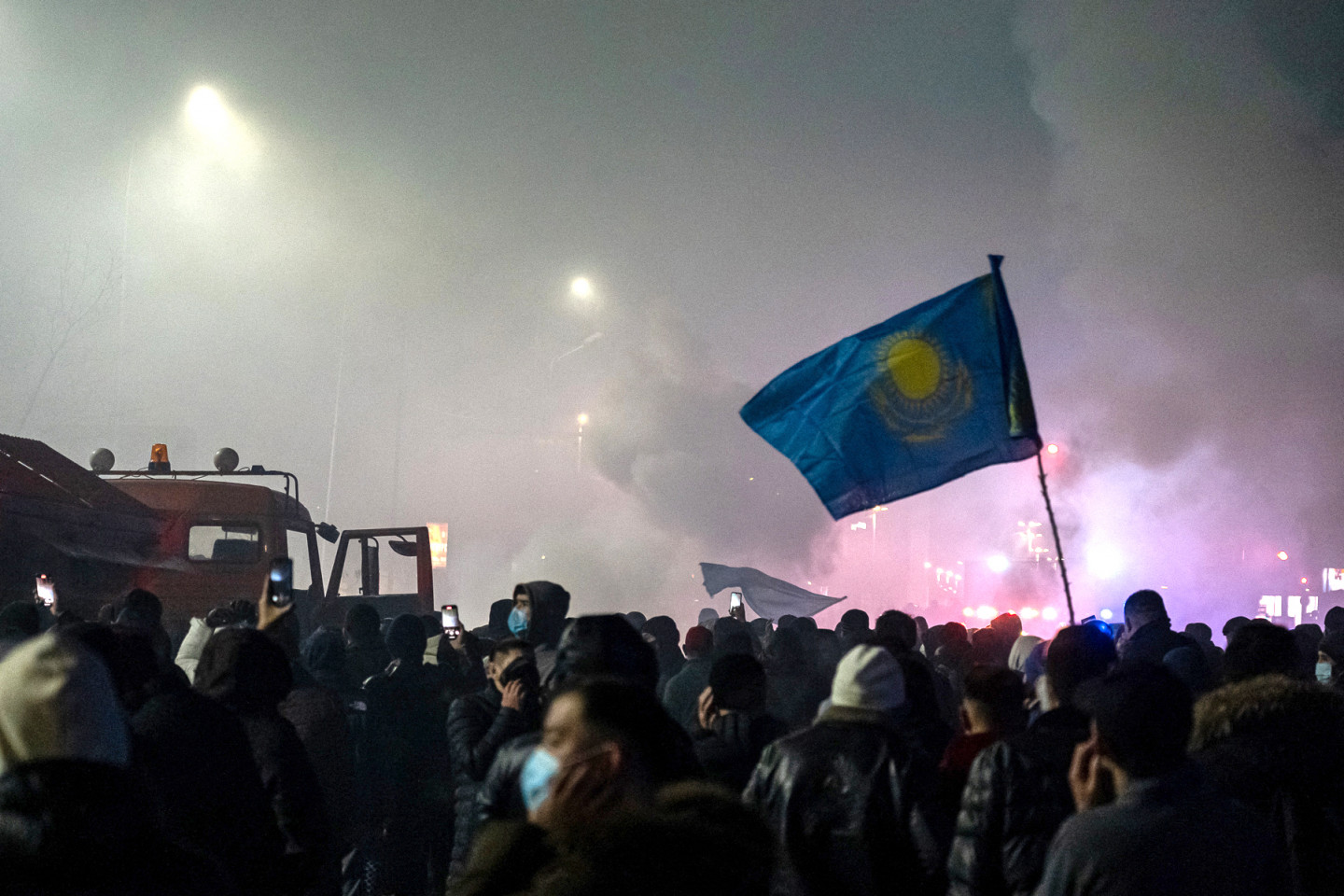 I must admit that I do not know, and probably cannot even know, the deeper reasons for the revolution/riot (whatever one calls these events) that has been taking place in Kazakhstan after the New Year celebrations, because the mental differences between Kazakhs and Latvians are great enough that the causal links between what is happening can only be grasped, but not fully understood.

Therefore, I will try to present the idea of what is happening on the basis of the insights of Arkady Dubnov - in my opinion, the most authoritative expert on Central Asia. To begin with, the riots were quite unexpected, both for the authorities and for society itself. Unlike, for example, the events in Belarus in 2020, when the conflict was growing all summer and exploded on August 9 after the announcement of the "results" of the presidential elections. The rise in the price of liquid gas was a major reason (not just a pretext) for the protests, which started in West Kazakhstan, where the main oil fields are located and which brings in the country's largest earnings but receives unforgivably little in return. In this region, more than 80% of the fleet runs on LPG, and since this gas is a by-product of oil production [supposedly free], it is considered to be "due" to the people of the region, practically for free, as compensation for the oil income they do not receive.

Although the increase in the price of a liter of this liquid gas from 20 eurocents (100 tenge) to 24 eurocents (120 tenge) may seem like a marginal jump, until a year ago it cost around 7 eurocents (36 tenge) per liter. There were probably other reasons for the protests and the fuel price increase was just the last straw. Let us not forget that Kazakhstan is an energy superpower and a major exporter of hydrocarbons. Kazakhstan is not some poor Tajikistan. The standard of living there is close to ours, which is why fuel is cheap there, even compared with the purchasing power of the population.

The protests were probably triggered by accumulated resentment at not being treated as human beings. This is evidenced by the ease with which the protests moved from the western part of the country to Almaty and other big cities (except the capital Nur-Sultan, formerly Astana). Power, the political/financial elite and ordinary citizens lived in parallel worlds, which hardly intersected in a rather relative democracy. It was difficult for the population to express its attitude to the processes taking place. As a result, the pressure cooker bomb effect took place.

Another very important factor, especially from a political science point of view, is (was) Kazakhstan's de facto two-party rule. The country is nominally headed by President Kassym-Jomart Tokayev, but until yesterday Nursultan Nazarbayev, who headed the Security Council (i.e. the siloviki), was also present. It is noteworthy (and this caught my eye even before all the riots) that both leaders of Kazakhstan came from Kazakhstan to the CIS Heads of State meeting in St Petersburg on December 28 last year. Only Nazarbayev was invited to a separate meeting with Russian President Vladimir Putin, with a diplomatic promise to meet separately with Tokayev later in January.

The uncertainty of power, when it is impossible to know who is the "real" ruler, automatically creates an unstable basis for the whole system of power, especially in countries with a high authoritarian component. This duality of power has also given rise to various speculations that "actually" this is a struggle between Tokayev and Nazarbayev and his supporters. These rumors were reinforced by the fact that it is the Nazarbayev family that controls the gas sector, which led to the theory that the real aim of this whole "revolution" is to take over the sector. Nazarbayev's overthrow yesterday not only confirms this theory, but reinforces it: the aim is to completely remove the Nazarbayev clan from the levers of influence.

It is difficult to predict how events will unfold. Yesterday at midday, the Internet was cut off in most of Kazakhstan and other public communications were also impaired. It is difficult to say whether the unrest will subside after Nazarbayev's ousting. If they continue, given Kazakhstan's past experience (in neutralizing the unrest in 2011 and 2016), the chances of the authorities succeeding in quelling them are high, but all sorts of miracles can happen, especially when there are the interests of serious players beneath what is going on. By serious players, I do not so much mean some international forces as local clans and economic groups.

What conclusions can we draw from the New Year's "revolution" in Kazakhstan? First of all, one must never underestimate people's patience. Especially when there are prolonged violations of "justice". In the case of Kazakhstan, the most resource-rich province of the country lived in relative poverty. Poorer, in any case, than it "ought" to have been according to local perceptions of justice.

The second conclusion is very relevant to the current situation of those who hold the power here in Latvia. The energy price increases for the population should not be taken lightly under any circumstances, as this affects everyone more directly than the struggles of the Covid hysterics/Covid skeptics that are distant and abstract for many (but not all). If the price hikes for utilities and other basic goods and services continue, they may have a more significant impact on the outcome of the 14th Saeima elections on October 1 than the actions of the Kariņites/Pavļutites during the pandemic.

It is too early to draw global conclusions, but under certain conditions (especially if the "revolution" succeeds or if the riots are prolonged, escalating into widespread bloodshed) the Kazakh unrest has the potential to fundamentally change the situation in and around the whole of the former USSR. Although Kazakhstan produces only about 2% of the world's oil (less than two million barrels per day), more unrest in the region would have a negative impact on the already volatile energy markets. This is all the more so as Kazakhstan is the largest uranium producer in the world (41% of world production). It would be foolhardy to assume that events in this Central Asian country are something distant and of no relevance to us.