If Russia has to defend its southern border from Central Asian Islamic extremism, it will lack the resources to sustain tensions in Europe

Kazakhstan is one of the countries that is very close to my heart.
07.01.2022. JPJuris Paiders 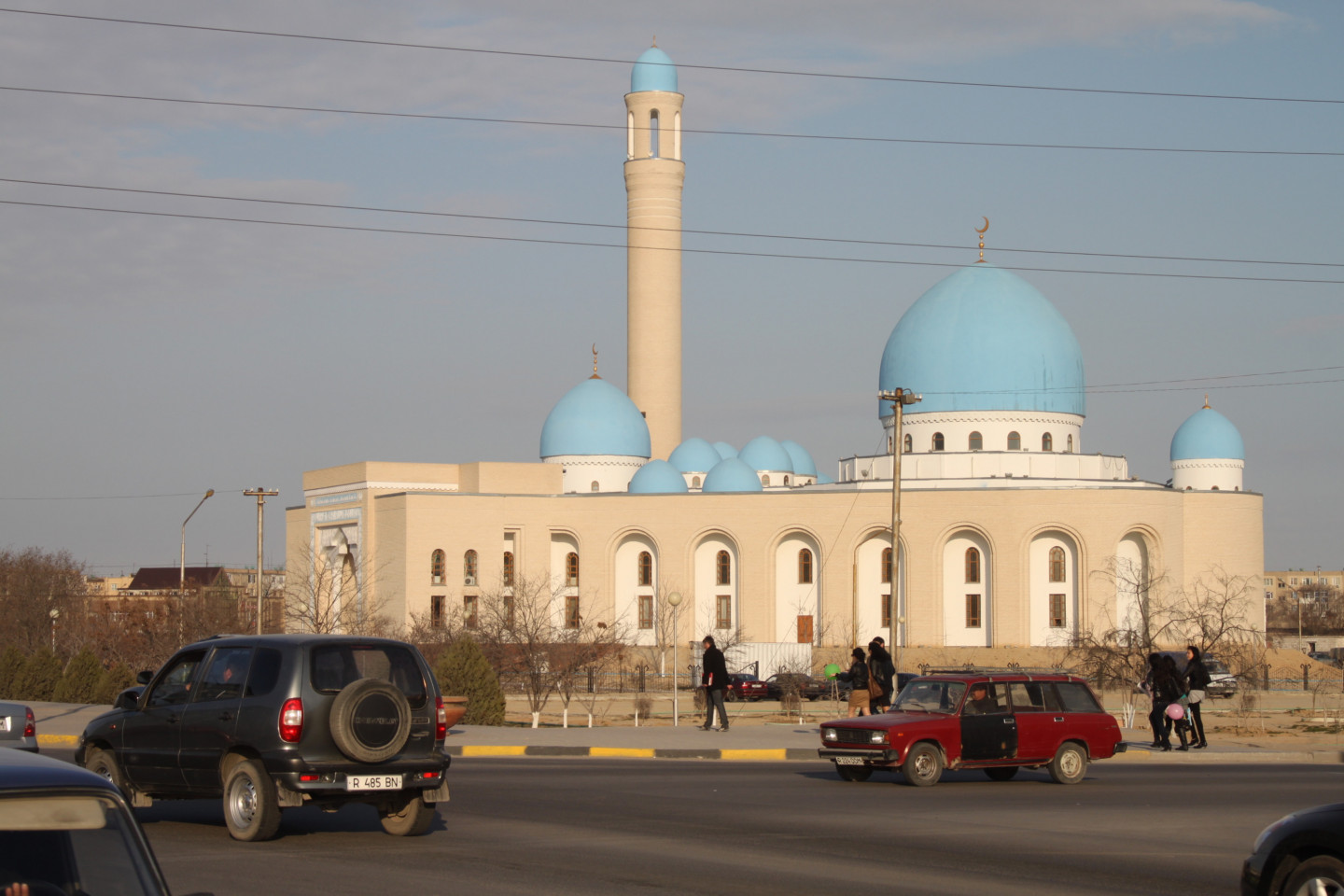 The main mosque in Aktau, the capital of Mangystau region ©Juris Paiders

I first visited it in 1984, during my placements as part of my studies at the University of Latvia. After that, I visited Kazakhstan many times. It was always the freest of the Central Asian countries. One moment was ten years ago in Astana (now Nur-Sultan). I went around the courtyards of Astana to take photos of how ordinary people lived. Since I had almost professional equipment, when people saw my camera, they immediately figured me out - I am not a simple tourist. Some elderly pensioners who spoke good Russian surrounded me and asked me to take pictures of their backyard trouble spots. I defended myself by saying I was a foreign journalist. "That's even better," one local Russian woman told me. "If this problem is written about abroad, the local authorities will definitely fix it!" But after some thought, the pensioner, who went to Tselinograd (the name of Nur-Sultan in Soviet times) from Russia, said: "But you had better write about how Nursultan Nazarbayev should appoint a worthy successor in good time, as Boris Yeltsin did in Russia with Vladimir Putin. This will prevent possible troubles and civil war."

I complied with this request at the time. My article appeared in Neatkarīgā, with an appeal from a Russian pensioner to Nursultan Nazarbayev to appoint a worthy successor.

The second moment concerns my participation as an observer in the Kazakh presidential elections in 2011. I was to observe the elections in the city of Aktau in the Mangystau region. Two of my colleagues, election observers from Germany, came to Kazakhstan after spending a week in Turkmenistan. The Germans shared their culture shock over dinner. In Turkmenistan, they experienced complete totalitarianism, but when they arrived in Kazakhstan, they felt like they were in a free country, like they were in any Balkan country. German observers had come to the conclusion that not all regimes were the same in Central Asia.

Indeed, compared to what we saw in Turkmenistan (foreign journalists being followed, locals being afraid to talk to foreigners, etc.), Kazakhstan was like day and night; but of course, there were also strong features of the power vertical in Kazakhstan, life was quite difficult for publishers, journalists who did not want to be part of the common authoritarian system.

I must say that my week-long visit to Aktau also gave me a better understanding of the 2022 uprisings. The unrest started in the Mangystau region. This area does not only specialize in oil and gas. As it was sparsely populated, it was the place of residence given to those Kazakhs who, under the program of unification of all Kazakhs, chose to repatriate to Kazakhstan. Kazakhs from Uzbekistan, Afghanistan and other countries were given a home in the Mangystau region (usually a house built at state expense). It was therefore in Mangystau that the number of adherents of conservative Islam grew over time. It is therefore also here that a significant concentration of radical Islamists was able to develop. Traditionally, a rather conservative interpretation of Islam prevailed in the south of Kazakhstan, while the north of Kazakhstan had a high concentration of adherents to secular governance. Former President Nursultan Nazarbayev was the personality who, with his authority and talent for power, held together these rather disparate parts of the country.

The critical point in any authoritarian system of governance is the change of leaders. This is axiomatic. This is the moment when it is easiest for those who are dissatisfied with government policy to take power. In the case of Kazakhstan, the rise in dissatisfaction with government policy was compounded by two years of pandemic restrictions, and the rise in gas prices was only the last drop in the cup of dissatisfaction.

The 20-year balance of power in Central Asia was changed by the US withdrawal from Afghanistan last year. With the Americans no longer there to war with, it is possible to start exporting the Taliban's success to other Central Asian countries. Given that the total land border between Russia and Kazakhstan is 7,600 kilometers long, the destabilization of Kazakhstan in the current circumstances is advantageous to Russia's adversaries. The transformation of Kazakhstan into a source of instability and Islamic extremism in Central Asia means a threat to Russia's entire southern border. Russia will have to expend enormous resources on defending its southern border and will then lack the resources to maintain tensions towards Europe. This is why Russia immediately decided to send "peacekeepers" to prevent further destabilization and a change of power in Kazakhstan.