Why do Orthodox Christians and Old Believers celebrate Christmas on January 7?

There are 700,000 Lutherans, 334,000 Catholics, 270,000 Orthodox Christians, 46,000 Old Believers and 6,000 Baptists registered in Latvia. There are four monasteries - three for women and one for men. In total, around 100 people live permanently in the monasteries. Unlike other Christian denominations, the Orthodox Christians celebrate Christmas on January 7 in the Gregorian calendar, which corresponds to December 24 in the Orthodox Church's Julian calendar.
08.01.2022. DSDaiga Stokenberga 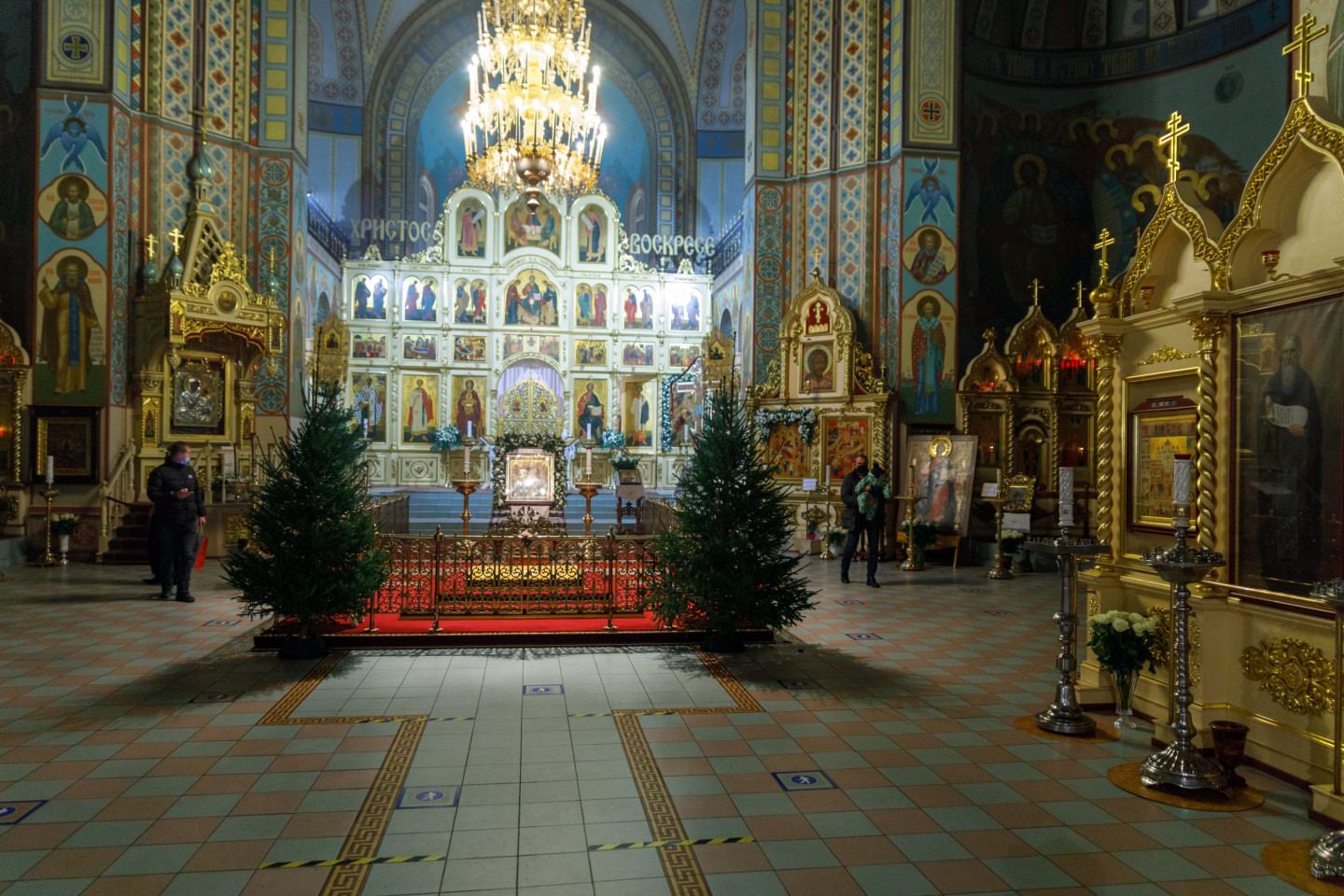 The Orthodox Church lives by the Julian calendar

"How unseemly it is, that on the same day some should be fasting whilst others are seated at a banquet..." These words were written by the first Christian emperor, Constantine the Great, in 325 AD, referring to the then different customs of celebrating Easter. These words could just as well apply to the second major celebration of the Christian world, the Nativity of Christ or Christmas: since Pope Gregory XIII introduced the calendar in 1582, many churches in the Eastern wing of Christianity observe a strict fast during the Christmas season, when the West feasts and celebrates the Nativity. In Latvia, too, there is a difference - while some have already celebrated the New Year, others are still preparing for Christmas - the celebration of Christ's birth.

Asked why Orthodox Christmas is 13 days later than those of other Christian denominations, Nikolajs Tihomirovs, the head priest of the Holy Trinity Church in Pārdaugava, says: "This question should rather be asked of those who changed the calendar style from the historical Julian calendar to the Gregorian calendar. As for calendar styles, they are conditional, because at the time when the celebration of religious feasts was established, calendar styles were not spoken of at all and the Orthodox Christians lived according to the calendar by which the apostles and church fathers lived. Basically, the spiritual world lives according to one calendar, and all the connections that the church fathers and apostles have laid down in ancient history have a solid foundation in this."

A brief look at the history of calendars

In explaining why Orthodox Christians celebrate Christmas on different dates, it is necessary to look at the history of the calendars. This can be read about in-depth with astronomical and mathematical examples here. Long before Julius Caesar, in 238 BC, Ptolemy III Euergetes tried to reform the ancient Egyptian calendar, but it was Julius Caesar, with the help of the eminent Alexandrian astronomer Sosigenes, who was destined to put these reforms into practice in 46 BC. The reform in question here is that of the Egyptian solar calendar, not that of the lunar calendar borrowed from the Romans. The essence of this reform was that the Sothic year ceased to exist as a real calendar-astronomical unit. Julius Caesar introduced the solar year of 365.25 days borrowed from the Egyptians. This meant that every three years of 365 days was followed by a so-called leap year of 366 days in a fixed rhythm. Caesar thus created a very convenient system, which in its fundamentals is still easily usable to this day. The year began on January 1 and was divided into 12 months, leaving the length of the months and the counting of the days of the week to the Romans themselves. The Julian calendar remained unchanged until the Council of Nicaea in 325 AD, convened by the Christian Emperor Constantine the Great. Among other important issues, they discussed a common date for the celebration of Easter and the calendar question that was directly related to it. Since then, the Julius Caesar calendar became the Julian calendar of the Church and, as a universal time reference system, lasted the Church for more than a thousand years. From an astronomical point of view, the Nicaea calendar reform consisted in the fact that the Julian chronology, which was oriented according to the sun, integrated the rhythm of the changing phases of the moon, which plays an important role in determining the dates of religious festivals.

On October 15, 1582, the new calendar style we know today as the Gregorian calendar came into force. This name is attributed to Pope Gregory XIII of the Catholic Church, who decided to move to a dating system according to the astronomical year. The Gregorian calendar, however, was a lengthy process, taking some 300 years, and the "lost" days were a source of confusion, which different countries dealt with in different ways - some simply jumped over the two weeks, others tried to adjust them over many years by abandoning the leap years. However, we cannot say that the whole world follows the Gregorian calendar - for example, the aforementioned Orthodox Church still uses the Julian calendar.

The change to the new style was immediately proposed to the ecumenical patriarch of the time, Jeremias II, but was flatly rejected at the Council of Constantinople in 1583. It was not without reason that the patriarch saw the introduction of the Gregorian calendar as a political weapon in his struggle with the Eastern Orthodox. By the middle of the 18th century, the Gregorian calendar had conquered almost all of Europe, leaving only Russia, Greece and the patriarchates of the Middle East to follow the Julian calendar.