62 MPs are helping the Holocaust businessmen

"This is our debt for joining NATO", says a politician in confidence, explaining the disgraceful vote in the Saeima to approve the bill on "compensation" for the Jewish community in its second reading on Thursday. "So - if Latvia had not promised to pay 'compensation' for the suffering that is not the fault of the Latvian state, we would not have been able to join NATO? Was it blackmail?" I asked. "No, it was a diplomatic agreement," I was told.
10.01.2022. Elita Veidemane 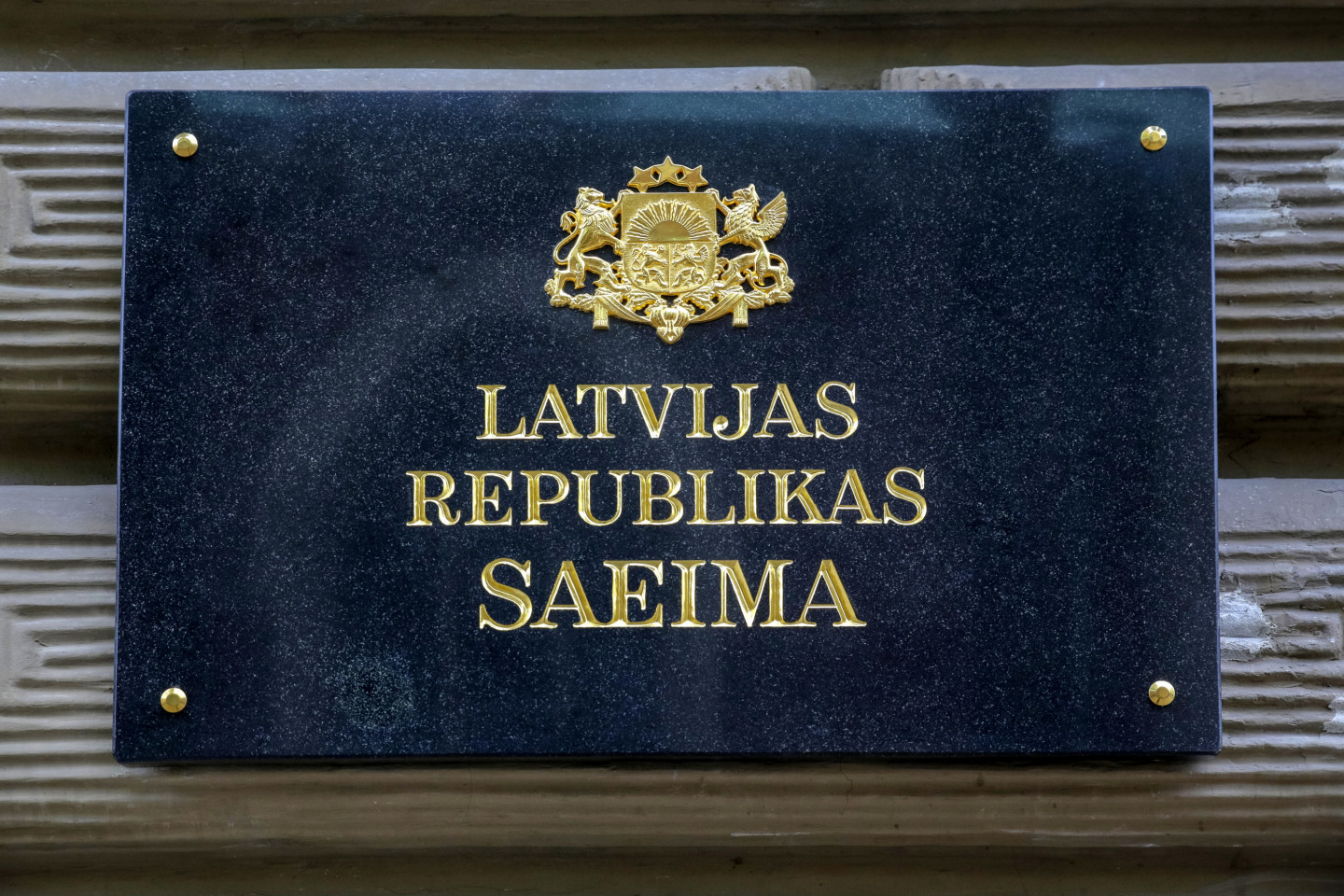 On Thursday, 62 members of the Saeima approved the draft law "On Goodwill Compensation to the Jewish Community". Indeed, for several years, interested parties have been harping that the Jewish community would receive compensation, but recently it turned out that no community would: €40 million will be injected into the Latvian Jewish Community Restitution Fund, which is publicly represented by three private individuals - board members Vladimirs Fogeļs, Dmitrijs Krupņikovs and Leonīds Kiļs - with a special emphasis that none of them are founders of the foundation, since its sole founder is the association Council of Jewish Communities of Latvia.

The Council of Jewish Communities of Latvia, which is headed by one of the richest men in Latvia today, Arkādijs Suharenko, who once emigrated from the USSR and became a banker in the land of all opportunities, Latvia, was the one who initially drove the "giving back the properties" and now the "restitution" millions out of the state budget (from our tax money). None of them has anything whatsoever to do with the Jewish people who died in the Holocaust, in whose name they are now successfully marching to receive millions.

The National Alliance (Nacionālā apvienība), however, in the debates in the Saeima and in the committee meetings, tried to oppose the ethnic segregation that has flourished in connection with this bill: as if the suffering of one people should be valued more highly than that of another people, with a corresponding estimate of €40 million for the suffering of the first people. However, none of the NA's suggestions were taken into consideration.

It is clear that, also at the third reading, the 62 MPs will vote as Suharenko, Krupņikovs, Kiļs, Fogeļs, Šlagbaums and Kacs want them to. And our tax money - €40 million - will go down the drain. But the interesting thing is something else. And that is the performances of statesmen, depending on the strength and direction of the wind blowing.

In 2015, speaking about the proposal to return several properties to Jewish associations, which was stuck in the Saeima's drawers, Egils Levits, then a candidate for President of Latvia, pointed out that in the early 1990s, compared to other Eastern European countries where communism had collapsed, Latvia had very quickly returned properties to their former owners. And, in his view, this process is over. It has had its time and there is therefore no need to raise the issue again, Levits said.

Apparently, he had read several interviews with the lawyer Andris Grūtups, whose knowledge of Jewish "restitution" issues was deep and legally sound. "Our process enabled almost everyone to recover their property, which was not the case in many other Eastern European countries - Hungary, Poland. And it was also fair," the presidential candidate said.

Levits was asked at the time: what would he say to the US Special Envoy for Holocaust Issues? Levits replied that he would say: the matter is closed, and there were opportunities to do so.

In 2019, when Egils Levits was already President of the Republic of Latvia, he said in an interview with Jānis Domburs: "I still believe that the time for restitution is over. This is a special case here that we are not talking about restitution to individuals, but about community property. But this is a matter for the government to decide and it is a foreign policy issue - how important are the thoughts of our strategic partners on this issue."

So, there is the strategic partners aspect, but mostly the issue has been understood and analyzed. But in October 2021, in an interview with Neatkarīgā, all that understanding suddenly disappears, and the President of Latvia no longer understands anything about a bill that is one of the most unjust in Latvia's history.

Here is an excerpt from the interview.

Egils Levits: "I haven't read the draft law, I haven't looked into it. We have to see what happens in the end. So at the moment, I can't comment on it without knowing the end result.

But you know very well what the story is about. There have been many interviews in the media on this topic, and Latvian society is outraged by ethnic segregation and the waste of money - at a time when it is necessary for existential solutions and not for the whims of one organization.

All this must be explained by the law proposers. If the Saeima wants to pass this law, then an explanation is needed. There must be openness and a clear explanation.

At this stage, I will not.

Then I want a promise from you. When there is a final decision of the Saeima on whether to donate 40 million euros to this Soviet Jewish organization, will you be able to comment on this deal? Then you will have managed to get acquainted with the bill, opinions, etc.

Well, then, let us wait for the third reading of the bill so that we can then have a competent and reasoned comment from the President.

Both Pabriks and the US Embassy deny trading

Last autumn, a group of Saeima MPs, in official letters, asked the Minister of Justice Bordāns (JKP) and the Minister of Defense Pabriks whether the expediency and quality of the implementation of Article 5 of the North Atlantic Treaty of April 4, 1949, depended on the support of another bill pending in the Saeima, namely the adoption of the "restitution" law.

At least that is what Bordāns claimed in a video interview explaining the sudden shift of the JKP faction to the side of the "restitution" law.

Bordāns explained in the aforementioned video interview that the approval of the draft law "is in the best interests of Latvia's national security" and "our decision will influence how quickly we can count on help, how many resources we can count on in the event of a military conflict".

Artis Pabriks replied: "The Ministry of Defense has no information available to suggest that the speed and quality of the implementation of Article 5 of the North Atlantic Treaty of April 4, 1949, depends on the support of the draft law 'On Goodwill Compensation to the Jewish Community' pending before the Saeima. The North Atlantic Treaty is publicly available and is not accompanied by documents with legal conditions that make collective defense aid conditional on compensation to any groups."

I also asked the US Embassy in Latvia. The reply came immediately: "As President Biden said at NATO headquarters in June 2021: 'The US commitment to Article 5 of the NATO Treaty is rock solid and unshakeable. It is a sacred obligation.' Latvia joined NATO in 2004 and thus benefits from Article 5, which enshrines the principle of collective defense: an attack on one NATO member is considered an attack on all allies."

The truth is scarier than graveyard stories

If there had been a "we give you collective security, you give us the 'restitution' law", I think that the electorate would have even - with some pains - come to understand that: okay, it had to be this way, so we'll agree with you because collective security really is more important.

But the greed of the "restitution" seekers literally rules out any such arrangement: the will to get money is so blatant and brazen that it overwhelms any reasonable explanation.

MP Edvīns Šnore (NA) recalls the negotiations in the Saeima committee on the issue of "restitution". When he proposed that part of the millions claimed should be used to clean up Holocaust memorials, the head of the committee, Mārtiņš Bondars, immediately categorically rejected this proposal. It's unnecessary, that's all. Well, yes, there are 256 such memorials and memorial sites in Latvia, and we would have to set aside a serious chunk of money for them. But we don't want to...

If they had wanted to (and logically they should have), then Dmitrijs Krupņikovs, who was present at the committee meeting in question, would have agreed with Edvins Šnore's proposal. But there was only silence from Krupņikovs. Of course, let the state or the municipalities look after the graves. The Latvian Jewish Community Restitution Fund has other, more important objectives. No need to concern themselves with the dead.

But the truth is much more terrifying than all the graveyard stories. Holocaust businessmen use the dead to get money. Big money. "If they had any respect for the victims..." begins Edvīns Šnore. And does not finish.

I can't finish that sentence either. The shame is suffocating. Shame about the Saeima for voting in the second reading to gift 40 million to three individuals who had nothing to do with the victims of the Holocaust, shame about the lies and pretenses shown by some high-ranking statesmen, shame about the fact that we are accepting this at all. But perhaps in our meekness we deserve to be treated as such.